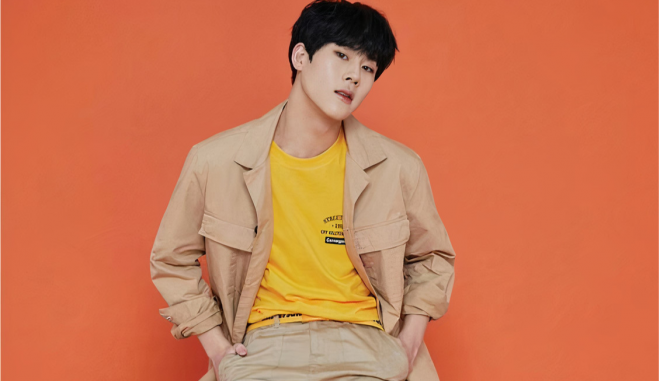 Everybody stand up and Baksu for the all round artist that is Lee Jooheon!

Any amount of praise would only be an understatement to describe the musical genius that is Lee Jooheon. The MONSTA X member has left Monbebes awestruck with his multitude of talents since his debut and even before that as well. From being a rapper, singer, producer to even an actor – there is no domain that Jooheon hasn’t dominated with his exceptional expertise! 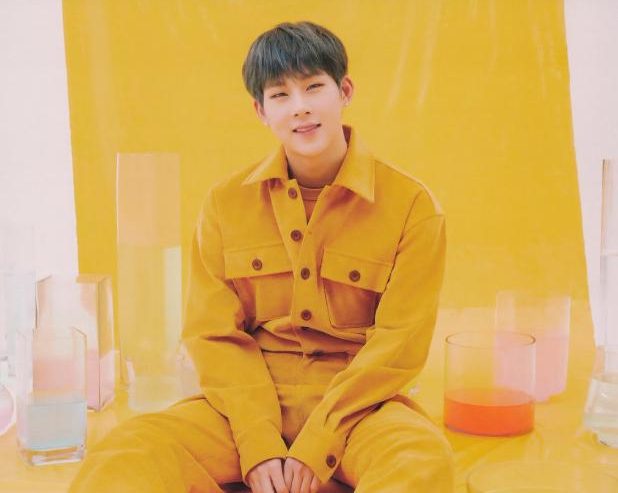 MONSTA X’s Jooheon has set the stage ablaze with his lit performances and fierce persona on multiple occasions. While there are number of times the rapper-singer has dazzled on stage, here are some of the most standout moments from the long list that could fill pages over pages about Jooheon’s dynamic stages.

When MONSTA X’s Jooheon steps onto the stage, He OWNS the stage! Rap, Sing and Dance, the performer excels at all that and more.

Now that’s what we call making a grand entrance! Jooheon made heads turn and with good reason. The rapper made a show stopping entrance through the crowd in the back seat of an open top car.

Fellow MONSTA X member I.M also took breaths away looking cooler than ever entering in a car. Jooheon however, brought forth this ferocious energy that most definitely made jaws drop in awe. Moreover, he looked like the epitome of boldness in his all black edgy attire.

Jooheon was definitely ready for the kill in this performance. Looking like an absolute vision in his all leather fur embellished ensemble, the rapper left viewers speechless with his powerful stage. Adding a fiery flair with his blazing raps and while playing the drums at that, the performance of his self-produced song “NO LIMIT” was nothing short of being LEGENDARY.

Originally a track by rapper Palo Alto featuring Tiger JK, Jooheon’s remix version of the track “Stay Strong” created waves for its ferocious style. Both the tracks are about the artists’ lives being affected by harsh circumstances and overcoming them.

Jooheon’s version however, is darker and more edgier than ever which is what makes it so evocative. This was evident in his performance on JTBC’s Tribe of Hip Hop Season 2 as well. The rapper’s act packed quite the resounding punch that was enough to leave viewers speechless and in awe.

Jooheon is without a doubt one of the finest rappers there is. The MONSTA X member has redefined versatility and proven his mettle as an ace artist with his strong persona and equally feisty rap style. Take a look at some of these snazzy moments that see Jooheon shining under the spotlight as he stirs hearts with his riveting raps.

Jooheon turns up the heat and lights up a fire on stage with his intense performance of the track “Spark”. The moment the clip begins, the rapper takes breaths away with his almost anime character like look. But what elevates the viewing experience is the jaw dropping rap verse. This is truly one of Jooheon’s finest performances that should not be missed!

Let’s just dub this as one of Jooheon’s greatest performances? “Kang Baek Ho” is one of the fiercest tracks from Jooheon’s 2018 mixtape DWTD. The track is one that stands out for many reasons but mainly because of Jooheon’s super fast rap verse which is spectacular enough to make listeners scream “WOW”!

Fans were treated to a performance of this thrilling number during KCON 2017. What’s more? Adding a dash of suave to the swag was none other than MONSTA X’s sweet leader Shownu who showed off some of his smoothest dance moves.

Jooheon has consistently proven his mettle as a powerful rapper, however, he has also impressed with his ‘honey’ed voice countless times as well. From “Middle Of The Night” to “Magnetic” to “FLOW” – these are just some of the tracks that spotlight Jooheon’s saccharine voice.

“King of Masked Singer” – Lee Jung’s “Look at Me” Cover

Jooheon ensured that viewers looked only at him during his performance of his amazing rendition of Lee Jung’s “Look at Me”. He had the audiences grooving to his rhythmic vocals. The rapper truly showed that there is nothing that he can’t do especially when it comes to stunning with his sweet vocals – high notes and all!

Highlighting his sweet and soft voice, the MONSTA X member amazes on the cover of the heart rending number. The track talks about the pain and the grief after the loss of a relationship. Jooheon gives life to the sentimental lyrics with his evocative style of singing as he delves into breathy notes, subtle but stunning falsetto and his spectacular high note especially towards the end of the track.

Jooheon Singing Taeyang’s “This Aint It”

The MONSTA X shakes and steals hearts with the cutest version of Taeyang’s track “This Ain’t It”. The short snippet sees Jooheon sweetly serenading with his mellifluous voice. This captivating clip of the alluring artist singing “This Ain’t It” is sure to make Monbebes say that “This Is It”!

Jooheon has showcased his talents extensively as a rapper and singer. However, he has showcased that he is more than just that. He has impressed with his musical genius through various songs that he has written and composed. He has produced various MONSTA X chart toppers such as “By My Side”, “Dramarama”, “Ongshimi”, “Underwater”, “Bam!Bam!Bam!” and even the recent “FANTASIA”. 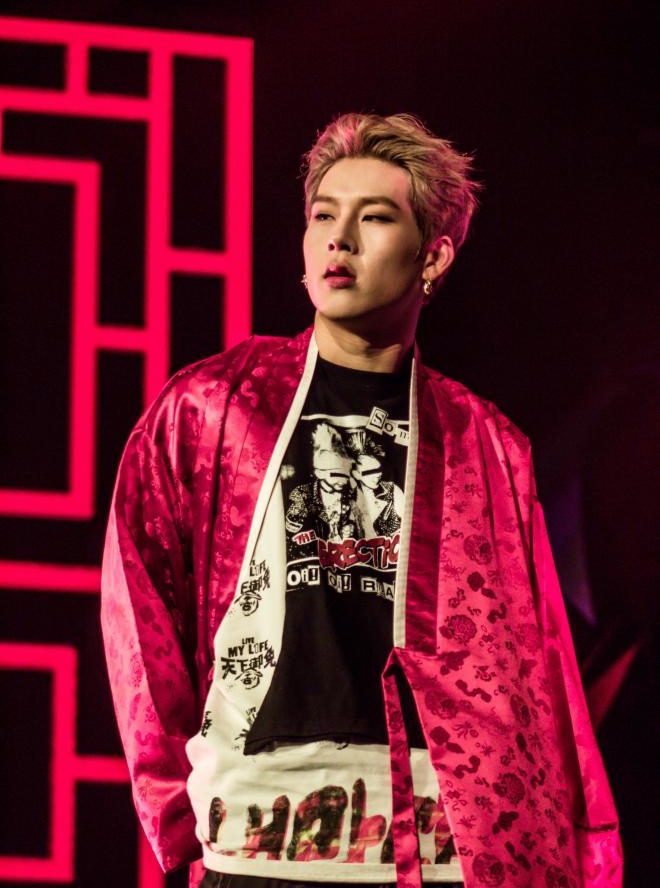 The rapper-singer has also written and composed tracks on his previous mixtapes as well as all of the tracks on his upcoming mixtape PSYCHE. Moreover, earlier this year, Jooheon had also composed a track titled “JUMPER” for his junior labelmates CRAVITY as well.

When the term aegyo is mentioned, one of the first names that comes to mind is Lee Jooheon. As perfectly as he channels his ardent side, he does the same and impressively so when it comes to revealing his childlike charms.

It is heartwarming to its maximum level and seeing Jooheon do those adorable gestures is sure to make fans smile every time. It wouldn’t be far-fetched to state that Jooheon is an outright legend when it comes to aegyo. Even his fellow MONSTA X members aren’t immune to his angelic charisma.

Yes, he is an inspiration when it comes to music. BUT, Jooheon has also proven that he is definitely one of the most compelling actors. What’s more? the homme fatale surely makes for quite the femme fatale too as he captures attentions as both Jihoo and as Minji.

Moreover, Jooheon is quite a star when it comes to imitating other actors or idols too! Just look at how he shines and makes viewers smile with his impression of GOT7’s Jackson.

Seriously, can someone give the multitalented Jooheon a K-drama script already?

While Jooheon is the epitome of being a superlative musician, he is much loved for his genuine and warm persona as well as earnest wisdom. Despite his bold demeanor the rapper is quite the softie at heart and has showcased that endless times.

Jooheon has shown unconditional love to his precious Monbebes ever since his debut. The artist’s endearing gestures for his fans or even his words – all showcase his sincerity which is what makes them reciprocate that love.

There is no denying that Jooheon lives up to his status of being an idol. He truly has empowered fans to love themselves and be proud of who they are – “When you look in the mirror after you gain weight, it is important not to think “Oh, I look different”. Ask yourself instead whether you were happy when you ate delicious food? It’s not about your weight, but being happy. Different isn’t bad.”

And this is just but an example of the example that the rapper himself is, of authenticity and candour. Jooheon truly represents all that is full of love!