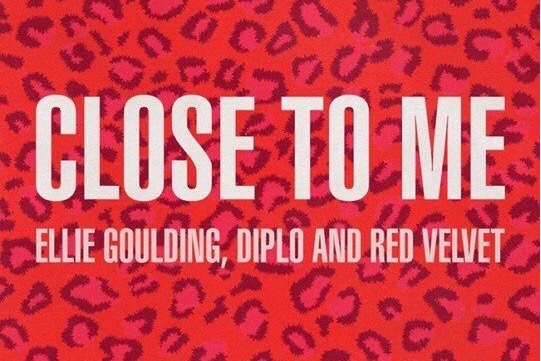 Red Velvet just made history as they collaborate with Ellie Goulding for a bilingual remix of one of her hit songs.

Red Velvet is not missing out on this month’s series of sizzling releases! Wendy, Seulgi, Yeri, Joy, and Irene have landed themselves a collaboration with Ellie Goulding and Diplo.

Ellie Goulding, Diplo and Red Velvet ['Close To Me']

The quintet was featured in a Korean remix of  “Close to Me”, which included Red Velvet’s vocals in place of Swae Lee’s. This remix also features Korean lyrics alongside the original English lyrics— which were co-written by Wendy and Yeri!

“Close to Me” was originally released on October 2018. The track featured producer Diplo, and singer Swae Lee. Premiered as the “hottest track in the world”, the track garnered spots on worldwide music charts.

Prior to this collaboration, Ellie Goulding has been garnering attention in South Korea. Her songs “Love Me Like You Do” and “How Long Will I Love You?” have been well-received by listeners.

The British singer has previously held a two-day concert in Seoul as well, serenading fans with top hits from her albums Lights, Halcyon, and Delirium.

The Korean remix of “Close to Me” is now available for streaming on Melon, Genie, Naver Music, and Spotify.