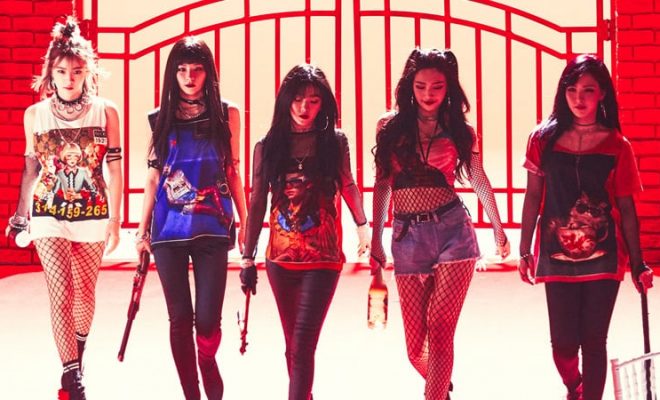 Back with a sultry new music video, the girls deliver an impeccably repackaged album, The Perfect Red Velvet. During this video, the girls are showing off their velvet side, and leave behind their “cute” red side seen in music videos for “Rookie” and “Russian Roulette.”

Off of its title track “Bad Boy,” the members can be seen embodying bad girls, with ripped jeans, fishnet stockings, and messy hair. While the look isn’t too different from the group’s last music video “Peek-A-Boo,” it has an edgier side. 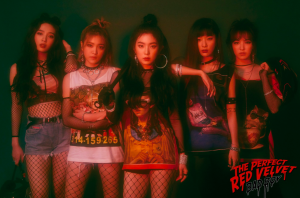 The atmospheric instrumentals add to the chill vibes of the song. 2017’s Red Velvet featured heavily instrumental choruses, but “Bad Boy” features a primarily vocal chorus and bridge. The different sets juxtapose the duality of a bad boy, whether he is icy cold or fiery hot.

Notable scenes include close-ups of Wendy’s R&B vocals, centering the usually overridden main vocalist. In the beginning of the video, the girls are doing the same pose as the closing scene of “Peek-A-Boo.” Maybe the two videos are related. Perhaps the crazed girl realizes her dream boy is actually a bad influence? Who knows, but this is the magic behind Red Velvet! Nothing is ever fully explained with these girls, and this is what always make their latest releases so mystifying and intriguing.

Red Velvet is off to a fantastic start with its latest release, but what do you think about “Bad Boy”?