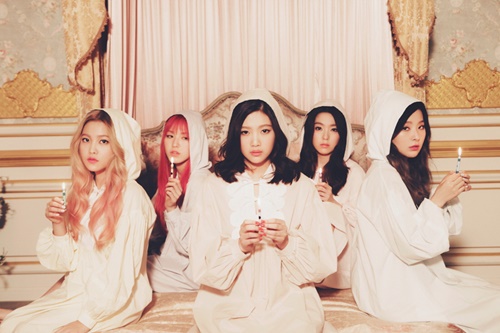 Have you ever listened to the song titled ‘Rose Scent Breeze,’ which was performed by SM Entertainment’s CEO Lee Soo Man in 1989?

It has been reported that Lee Soo Man’s song dubbed Rose Scent Breeze will be included in Red Velvet’s upcoming second mini album The Velvet. The ballad track is sung by the group’s vocalists; Wendy, Seulgi and Joy. With its impressive lyrics, the song is expected to captivate listeners’ hearts.

The impending album is set for release at midnight on March 16. It will mark the group’s comeback after a half year break since its successful first full-length album The Red. The teaser images featuring the members’ charms were unveiled last week, drawing fans’ attention and curiosity.

The girls will showcase their other ballad song titled One Of These Nights through Mnet’s Mcountdown on March 17, Music Bank on March 18, Show! Music Core on March 19 and Inkigayo on March 20, promising to make fans satisfied.

Take a listen to a snippet of Rose Scent Breeze, which was unveiled on March 13 via Red Velvet’s Instagram: