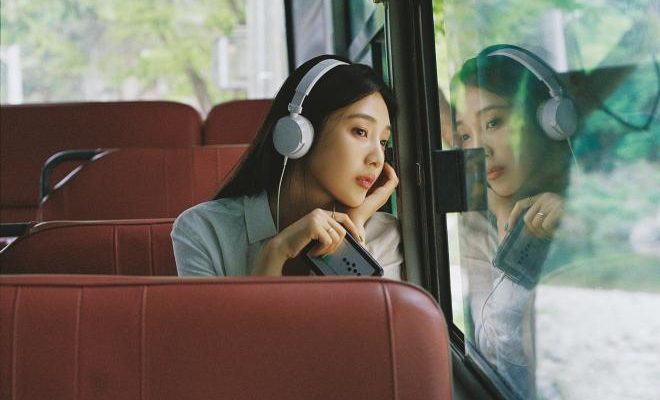 The lovely artist recently released five sets of concept photos, five mood samplers, and a scheduler that shows how versatile she is.

In the first set of photos unveiled on May 19, Joy is indeed a lovely sight to behold. While donning a colorful top and a plain black skirt, the artist made many heads turn with her classy and fun poses as well as her friendly aura. 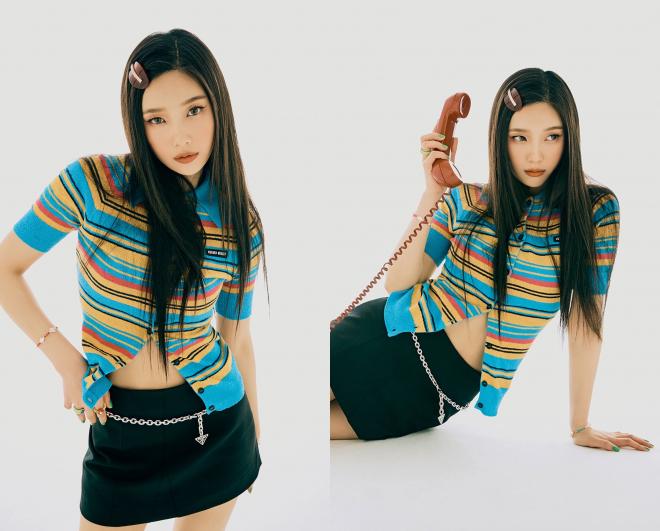 As she embodies the 90s concept perfectly given that her first solo album is a remake one, Joy proves why she deserves all the advertisement and brand deals she scored. She looks effortlessly stunning with her hair down and her soft make-up. She also stole the hearts of many with her incredible figure and physique.

In fact, one of the photos, which seems to be the official poster, trended immediately upon its release.  The image looks like a page that was ripped from an old magazine, where a lot of Joy’s individual photos were compiled. A lot of K-Pop fans did their own versions of it with their respective idols as the main feature. 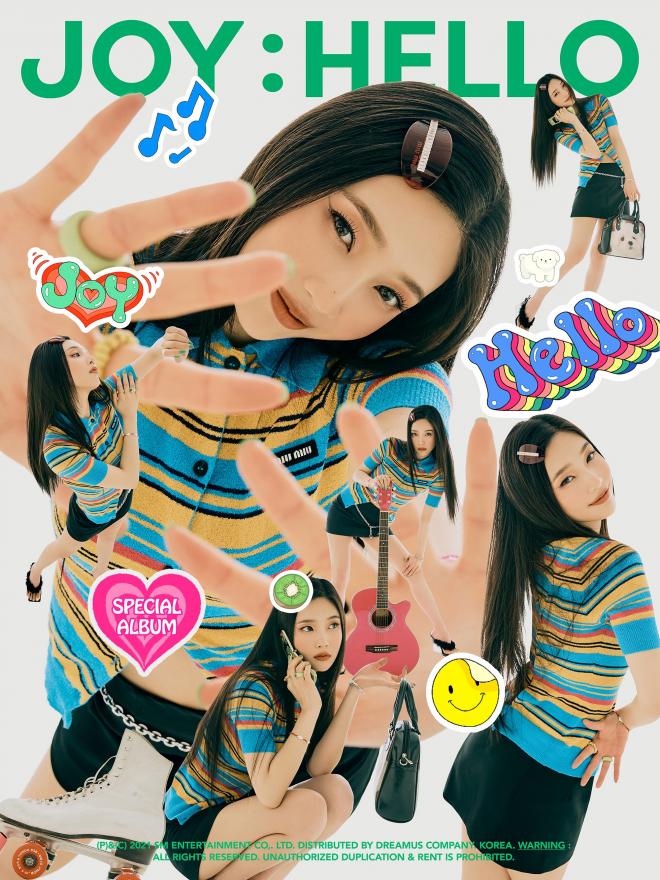 Letting her bubbly and bright aura do the talking, the dazzling idol also impressed fans with her breathtaking looks in the second set of teasers revealed on May 20. 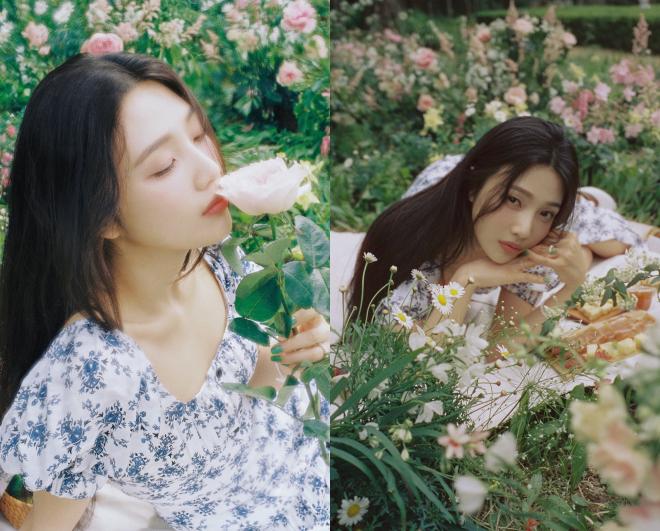 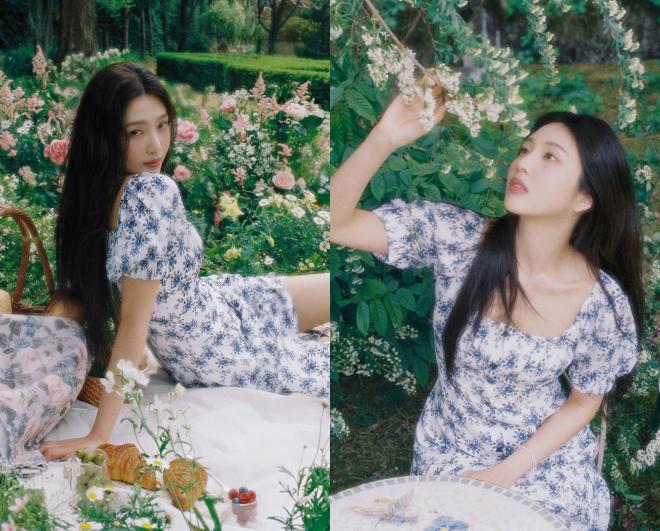 Shot against a flowery setting that is reminiscent of the spring season, the idol exhibited her demure and soft side as she strikes beautiful poses.

Her blue floral dress compliments the whole concept, while also making her stand out. The blurry effect on the photos also made them feel like that they were really old ones. It also makes them look like they were taken ages ago.

Two of the photos also show Joy sitting in the middle of a picnic spread, acting as if she is inviting fans to join her in the celebration. Moreover, the idol also uploaded a poster revealing one of her title tracks called “Jet’aime,” making fans even happier and excited. 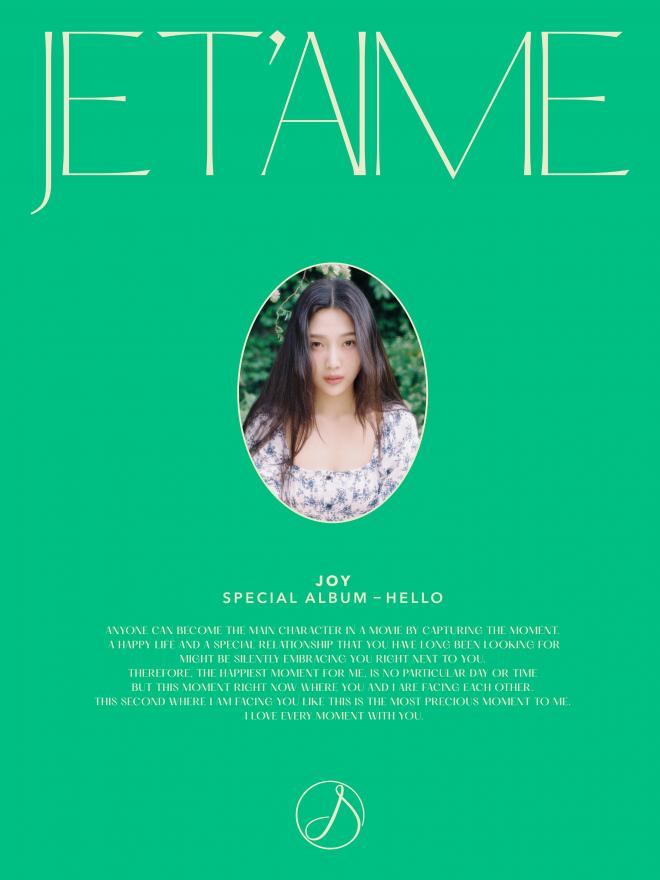 The third set of photos also demonstrated a similar vibe to the second one, except that it is more laid-back and warm, which perfectly suits Joy’s image in real life.

While donning comfy sets of clothing, composed of knitted cardigan and dress, Joy caught the attention of many with her natural beauty. The vibe of the photos was so chill and the idol was able to unleash a new side she has never shown before. 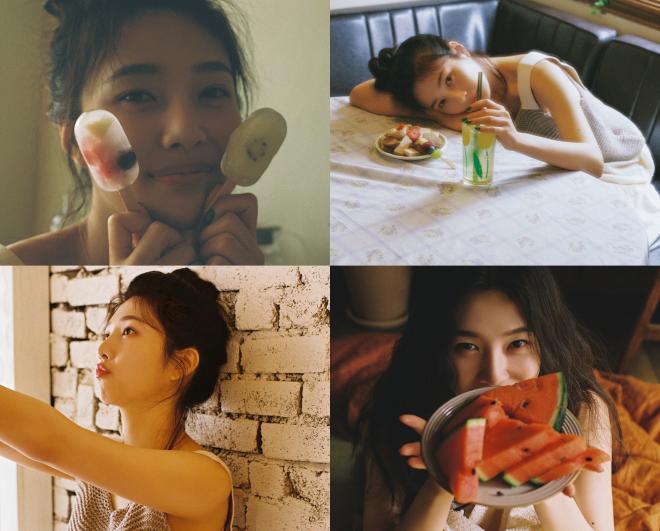 Looking like a countryside woman full of dreams, Joy was able to showcase a refined poise, while staring directly at the camera with her gleaming gaze and intoxicating smile.

Her confidence was evident all throughout, proving to the world that she gave all of her creativity and efforts to gift fans a good set of music.

JOY AS A WELL-ROUNDED ARTIST

The fourth and fifth set of photos were contrasting given how the first one revolves around an elegant concept while the latter one circles around an emotional theme. 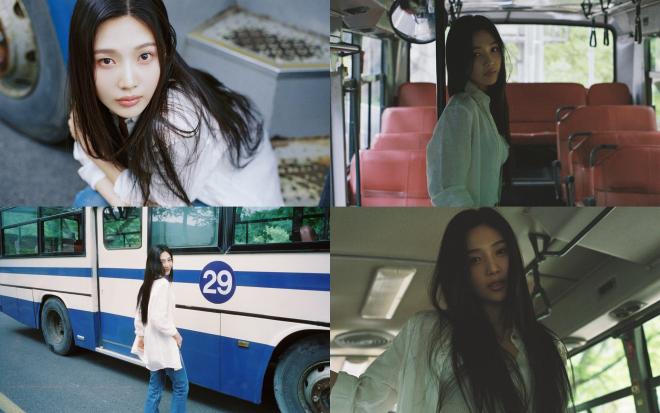 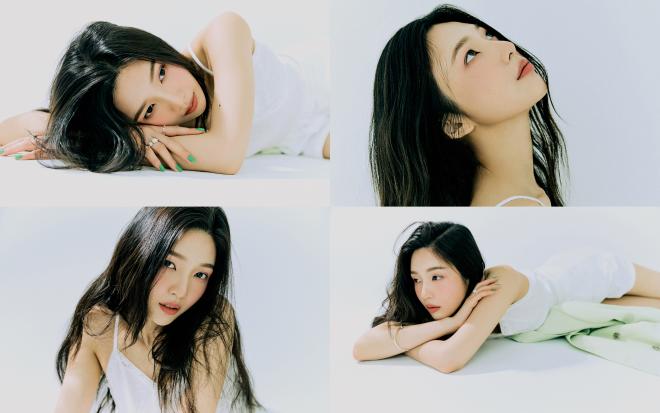 The images released on May 22 gave fans the opportunity to admire Joy’s top-tier facial features even more. They will instantly make you realize why she is a well-rounded artist, given how she already is a complete package. From acting and dancing to singing and visuals, Joy has got it all.

Meanwhile, the concept photos released on May 23 will make everyone nostalgic. Exhibiting a hopeful vibe, Joy fed fans’ curiosity even more as she unleashes her gorgeous gestures while inside a bus.

The film-like effect also added a different charm, while the fantastic styling gave Joy the opportunity to shine even more.

Moreover, these clips REVELUVs a glimpse behind the message of Joy’s upcoming album through different background music that seemingly indicates the vibe of the tracks she will be sharing.

Fans should continue to watch out as the singer will surely release another set of previews including music video teasers and other clips in the following days.

Meanwhile, Red Velvet Joy will release her first solo album Hello on May 31 at 6 PM KST.