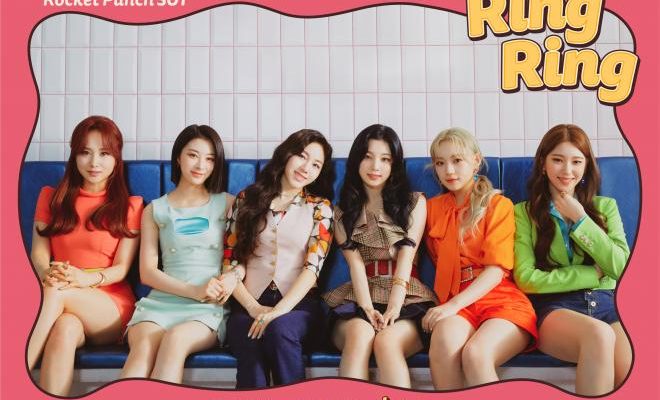 By Marty | May 5, 2021
FacebookTwitter
SubscribeGoogleWhatsappPinterestDiggRedditStumbleuponVkWeiboPocketTumblrMailMeneameOdnoklassniki

Rocket Punch is bringing retro back in first teasers for the group’s comeback!

Rocket Punch unveiled its plans to bring out its new work to the music industry with their May comeback. The countdown has begun with a splendid set of concept photos, showcasing the artists’ latest transformation. 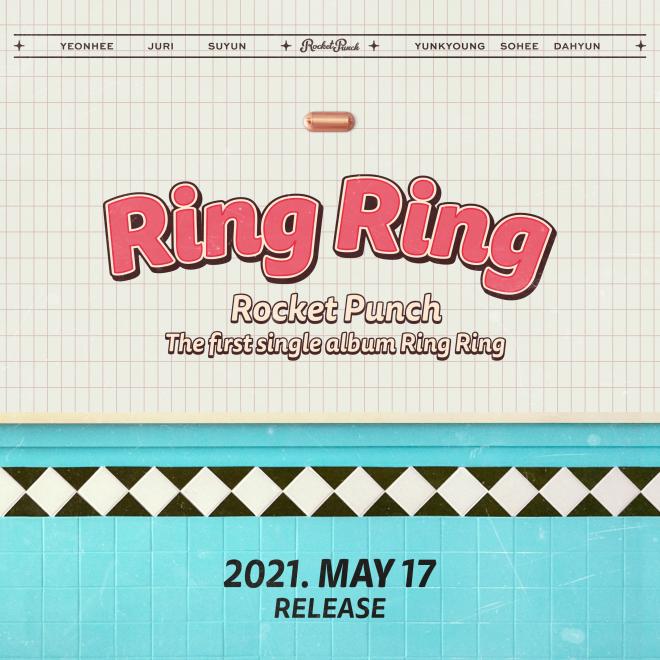 On May 3, Woollim Entertainment surprised with a release of a coming soon image, heralding the girl group’s return with its first single album Ring Ring. With the American-style retro atmosphere of the 70-80s, the picture stimulated curiosity and raised questions about the new concept.

Furthermore on May 4, the agency dropped the first teaser images, revealing more about the girls’ transformation. The colorful photos showed a bright atmosphere and a fantastic new look for the members.

To further emphasize on each individual’s charms, the solo shots were shared simultaneously. Each member’s photo was secured in a cute frame, allowing their gorgeous visuals to shine. In particular, members Yunkyoung and Sohee showed a big change with their short-cut and blond hairstyle respectively. 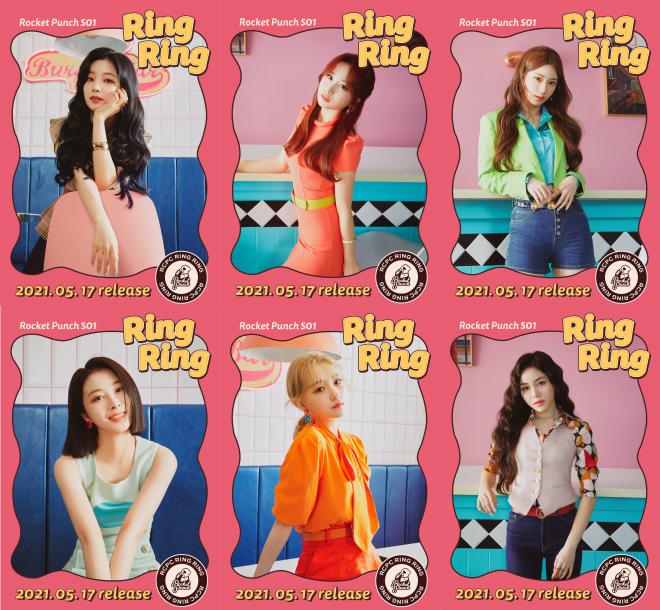 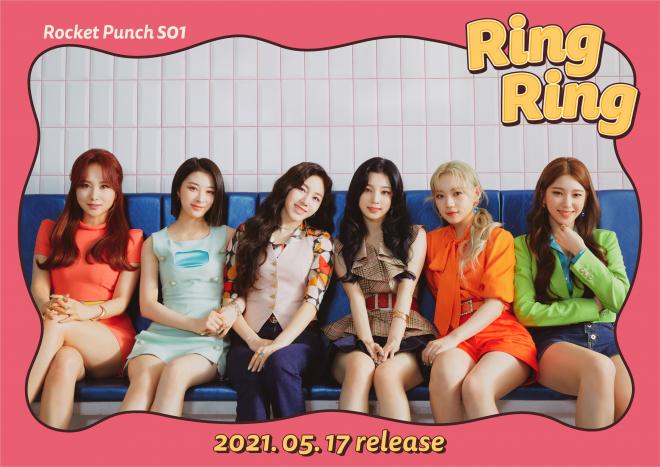 This marks Rocket Punch’s first comeback since BLUE PUNCH which was released in August last year. The album was the final part out of three mini-albums from the group’s “Color Series”, which  included PINK PUNCH and RED PUNCH.

Through the series, the lovely artists boasted a refreshing look and are now planning to take on a new challenge with Ring Ring.

The idols were also acknowledged as an “All-rounder girl group” with their perfect skills, visuals and charms. K-pop fans around the world are paying keen attention to what kind of different charm will the girls show with their long-awaited return.

Rocket Punch plans to release its first single album Ring Ring on May 17 at 6 PM KST.