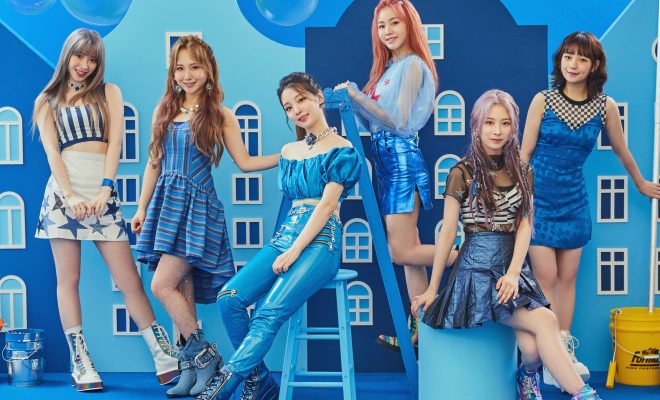 Girl group Rocket Punch recently surprised with the announcement of its third mini-album Blue Punch. Shortly after, the girls unveil an official schedule, kicking off the countdown towards the summery release. 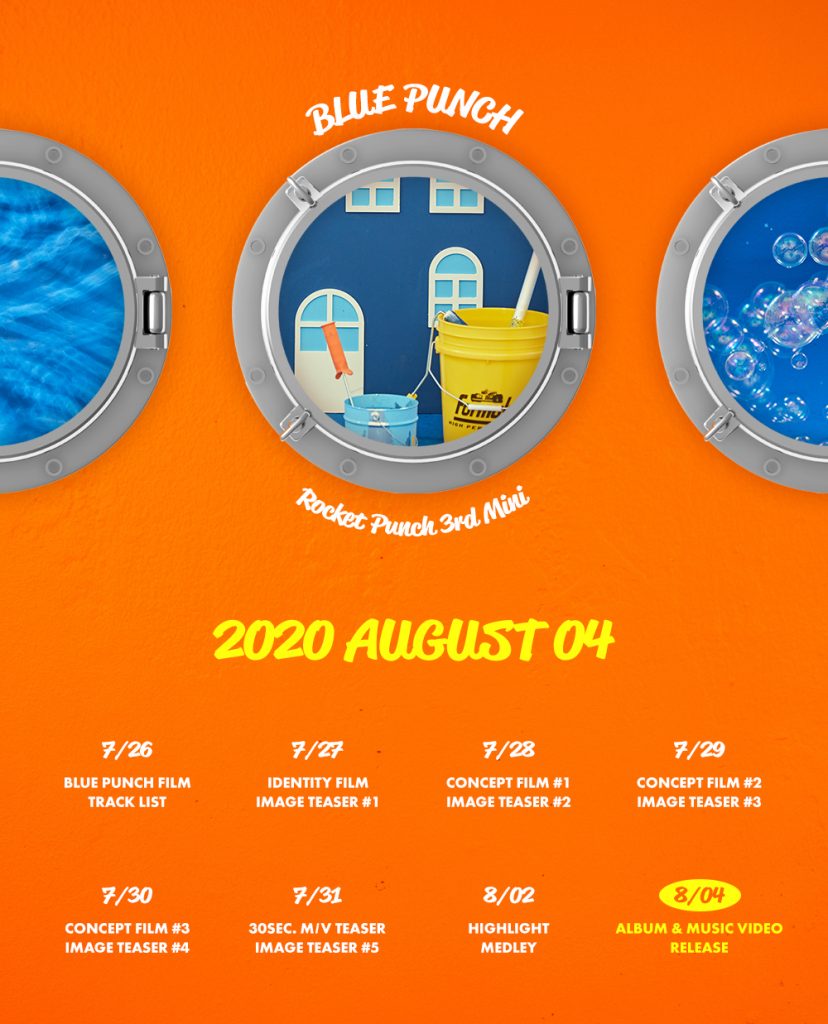 The group first took fans into the sea world with its special short film and the reveal of its track list. In particular, the film includes a speed-up motion of drawing an underwater picture with a fun humming over it.

The track list caught the attention with its six titles and “Juicy” already being confirmed as the main song. Everything on the promotion poster, starting with the image and until the titles, scream summer vibes. The album will include a music number of the same name, raising curiosity even more.

The group continues with the sea-themed clips through the intriguing Identity Film. Starting off with a monochrome setting, it quickly turned colorful, showing the small items which remind of a beach. Moreover, the words “A pleasant blow to a boring routine! We’re Rocket Punch!” raises expectations of a fun album awaiting the fans.

Along with the video comes the first image teaser as well, the Blue Punch group picture. The members pose in front of a blue background while sporting various blue outfits and giving off a friendly atmosphere. 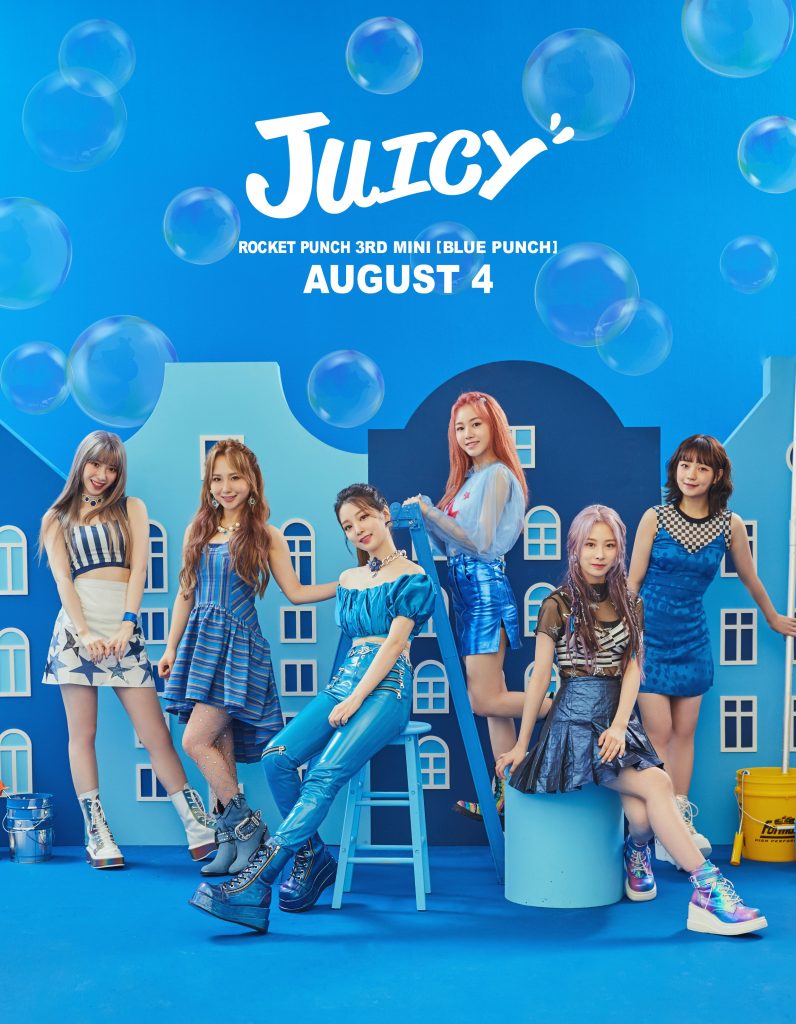 Starting from July 28, the group began revealing the individual teasers. Each day until July 30 will include concept films and image teasers of two members. In particular, Suyun and Yeonhee are the first to showcase their own charming sides.

The two girls looked like they were shooting a commercial ad while giving off various refreshing poses. In addition, they each focused on the color blue which perfectly fit with the title of their upcoming album.

Likewise, the images continue to stun with the cool atmosphere delivered by the two girls. They exude an elegant feel while laying against a background of waves and also posed with the blue-themed clothes and accessories to emphasize on the mini-album’s title even more. 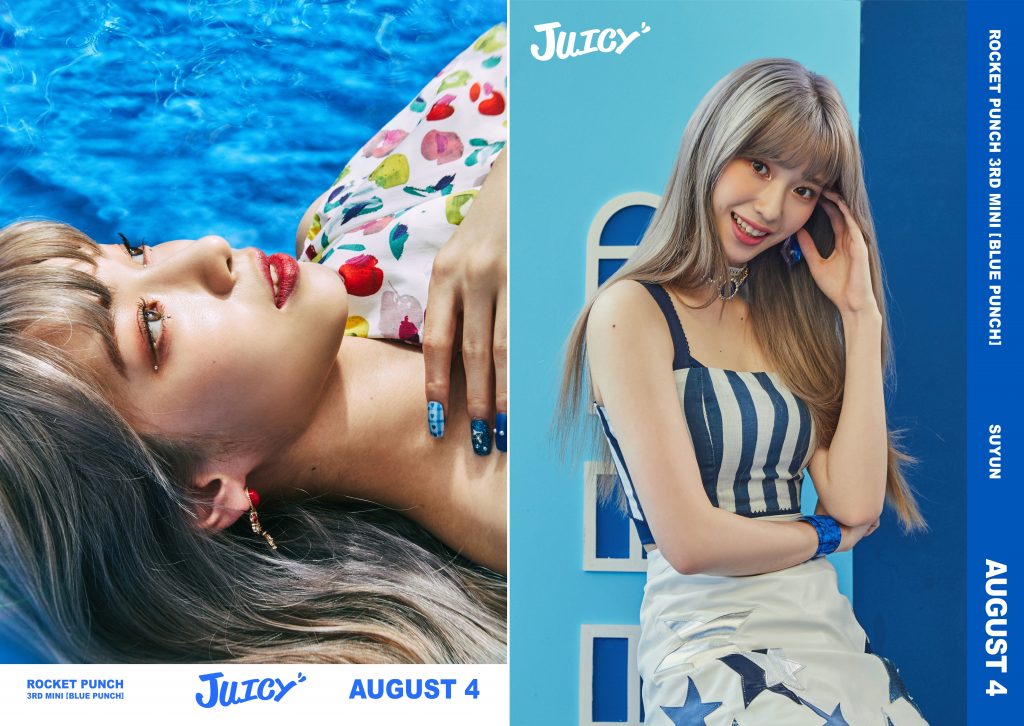 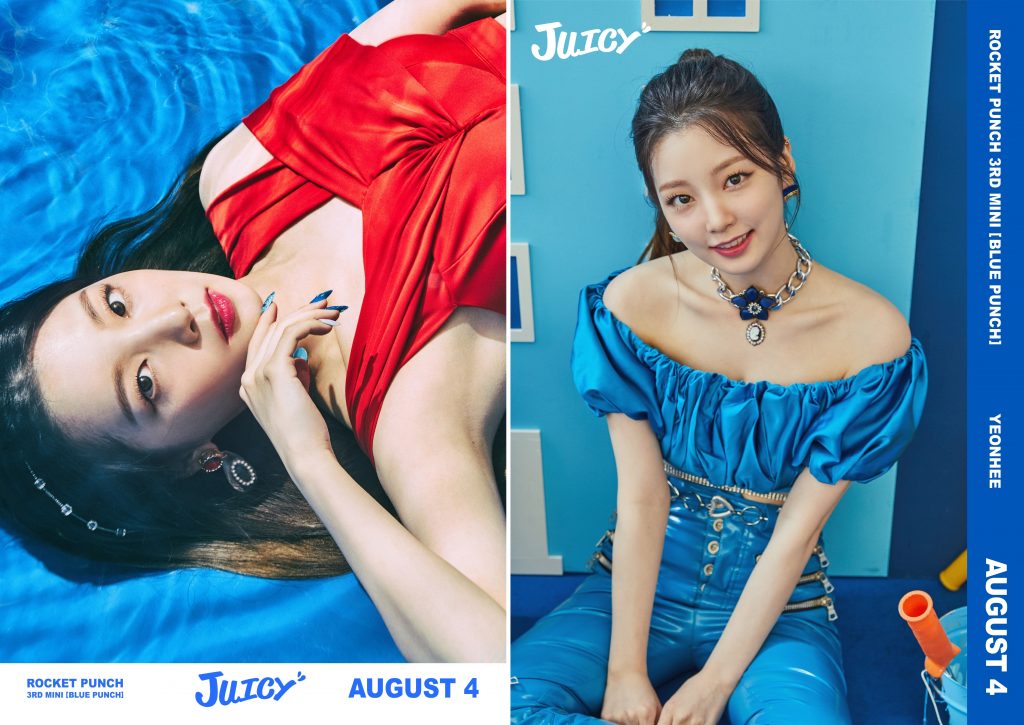 In addition, the other members’ teasers will be revealed in the upcoming days. After, fans can also expect a music video teaser for “Juicy”, as well as another photo of the group and a special Highlight Medley.