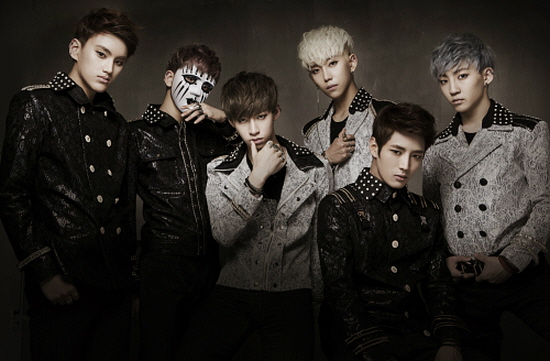 By Community | May 26, 2015
41
SHARES
FacebookTwitter
SubscribeGoogleWhatsappPinterestDiggRedditStumbleuponVkWeiboPocketTumblrMailMeneameOdnoklassniki

A6P means “six aces that give a perfect performance.” As you could guess from the name name, the group has six members. The leader Jungyeon has impressive vocals, tough guy Yaho oozes charisma and has awesome moves, lead rapper Jaguar has been very active in the underground hip hop industry, boy-next -door Jelly-P can play the piano well and is also a talented composer, Actin is the team maknae, and member Ado‘s talent is still not unveiled.

In their debut MV entitled Face Off, the boys unmasks themselves one by one, as they dance and sing throughout the whole song. However, there is one member who has not removed his mask and this has made fans and viewers curious as to what the last member looks like.

I’m guessing we’ll find out more about A6P very soon, so stay tuned! In the mean time, you can watch the group’s debut MV below: