Rookie group FameUS was welcomed by the fans when the members arrived at the Ninoy Aquino International Airport Terminal 2 on February 9, to start their Philippine tour this month.

The group, which debuted on September 4, 2014 with their song Crazy, is comprised of six members: Hansaem, Kudo, Junghoon, Daeyoung, Doah and Hanyoung.

Watch their live stage performance below:

The members arrived in Manila to start their series of events with the fans and will be staying in the country until February 24. Fans who were at the airport got the chance to take selcas with the boys and have their signatures.

For those of you who weren’t able to make it to the airport, you still have a chance to get photos and autographs of the members during various activities of their 15-day stay here in the Philippines. FameUS will also be filming its new music video in Manila and fans who want to watch the shoot are welcome to attend. 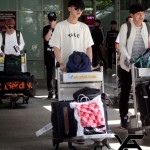 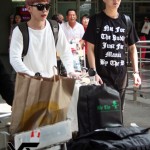 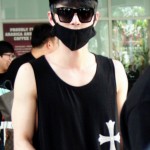 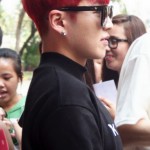 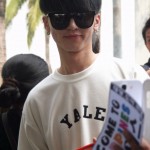 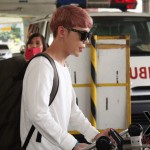 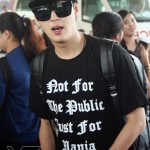 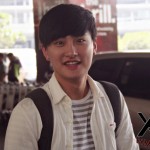 There were some changes in their schedule of activities, so  Filipino K-pop fans out there, check out the following dates and you might have a chance to see them:

Get to know fellow Filipino BL1SS by joining their official Facebook group, Fame US PH (Official). For ticket inquiries you may contact MJ Ardales at (+63) 916-144-83-37.

We would like to thank  MJ Ardales and Benjiro Erizawa of FameUS PH Official for the photos and Mr. June Young Jung for inviting hellokpop.