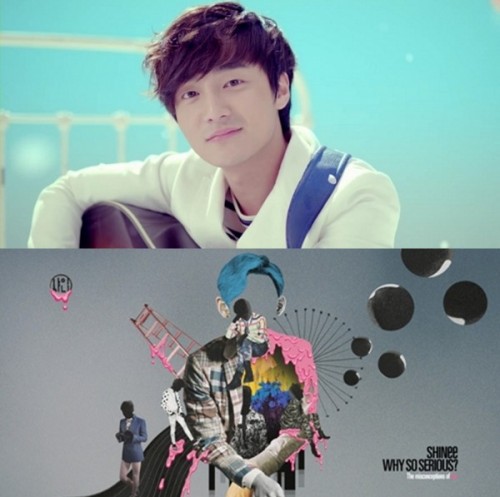 By Community | May 4, 2013
FacebookTwitter
SubscribeGoogleWhatsappPinterestDiggRedditStumbleuponVkWeiboPocketTumblrMailMeneameOdnoklassniki

To prove that not only the horse-galloping dance step of Gangnam Style can make it to international music fame, Superstar K4‘s winner Roy Kim and shining idols SHINee  top the charts in Billboard.com.

Roy Kim debuts with his single Bom Bom Bom and wins it nip and tuck with Korean music industry’s big names such as Psy who just released his second international hit dance song Gentleman and korean music legend Cho Yong Pil, who made his comeback after  a decade to the music scene with Hello.

Bom Bom Bom makes it to Billboard’s Korea Kpop Hot 100 Chart and on its second week, it skips 11 places to be number 1. It was only on the 12th position when it entered the chart and now Cho Yong Pil‘s Hello is  following him closely in second place.

In another chart from Billboard, SHINee also makes it to number one on World Album Chart which lists weekly top-selling albums from around the world with their album Why So Serious: The Misconceptions of Me.

This is the second part of their third album with nine tracks following the success of Dream Girl from the Dream Girl: The Misconceptions of You. So far, the boys have performed on music stages without Jonghyun, who is still recovering from the injuries he received from an accident.

SHINee – Why So Serious?