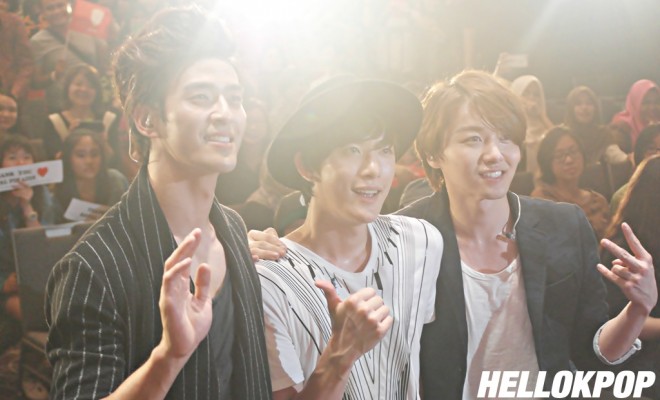 By Sharon | May 4, 2015
62
SHARES
FacebookTwitter
SubscribeGoogleWhatsappPinterestDiggRedditStumbleuponVkWeiboPocketTumblrMailMeneameOdnoklassniki

Although it has just been less than two years since Royal Pirates made their debut, members Moonchul, Sooyoon and James already had a full house audience at their first ever showcase in Kuala Lumpur, Malaysia at Bentley Music Auditorium on 3 May. 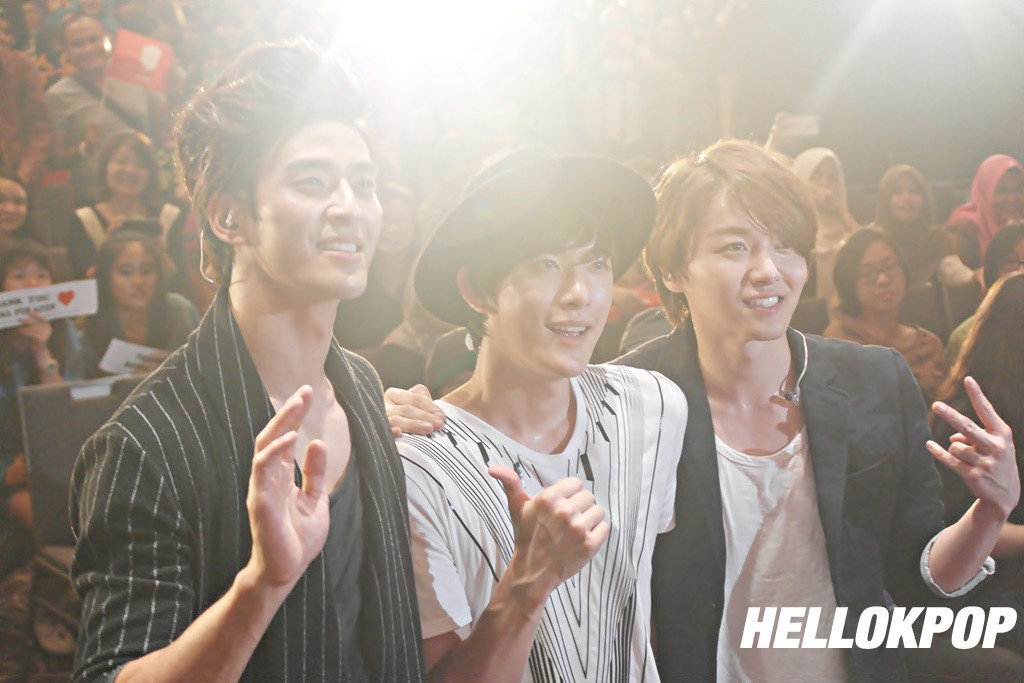 Moonchul, Sooyoon and James arrived at Malaysia for the first time on 30 April, and immediately they flew to east Malaysia, for Kota Kinabalu at Sabah, as their first stop of the promotional showcase on 1 May, then back to the capital city, Kuala Lumpur, to meet their fans at another showcase on 3 May.

Royal Pirates kicked off their first showcase in Kuala Lumpur with first song of the night Shout Out, followed with Seoul Hillbilly before stopping to greet the audience. 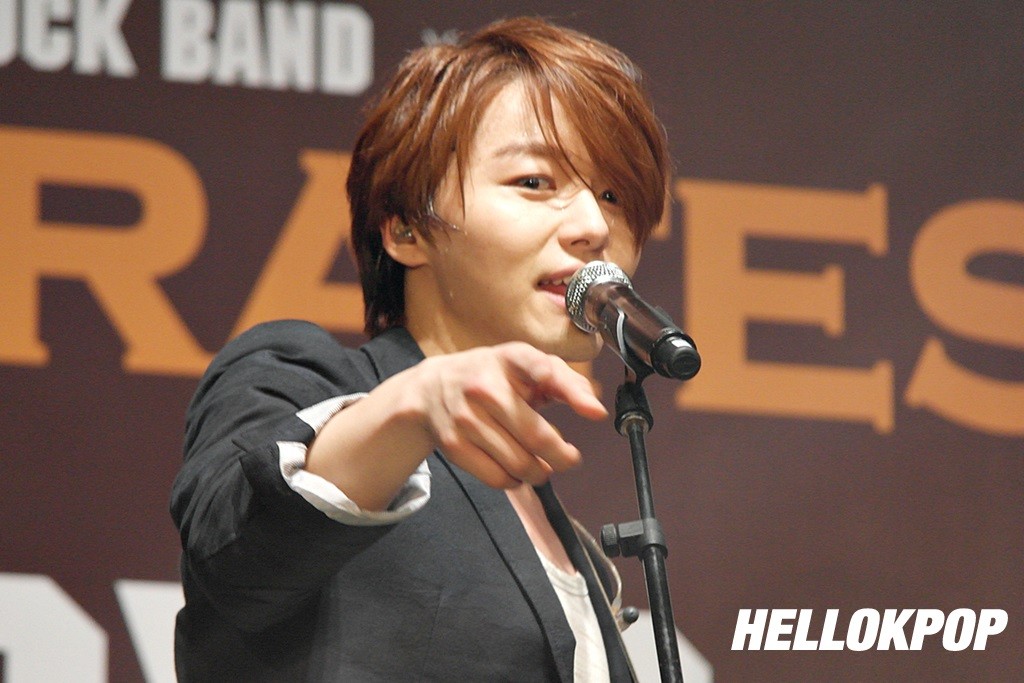 An idol band is slightly different than a group. All the members do not necessarily have to sing, as each of them holds a different position and task to be in charge of. Moonchul is the lead vocal and guitarist, Sooyoon plays the role as the drummer, with James as the vocalist and bassist. Although they hold different positions in the band, they share the same music taste, as James revealed in the press conference that three of  them always listen to Rage Against The Machine.

What makes Royal Pirates unique and stand out from other bands is, these non-native English speakers can speak English fluently. Moon and Sooyoon used to live in America for about 10 years, and James was born and raised in the US too, before pursuing the celebrity life in South Korea. Without any communication barrier, the boys spoke in fluent English to interact with the audience. 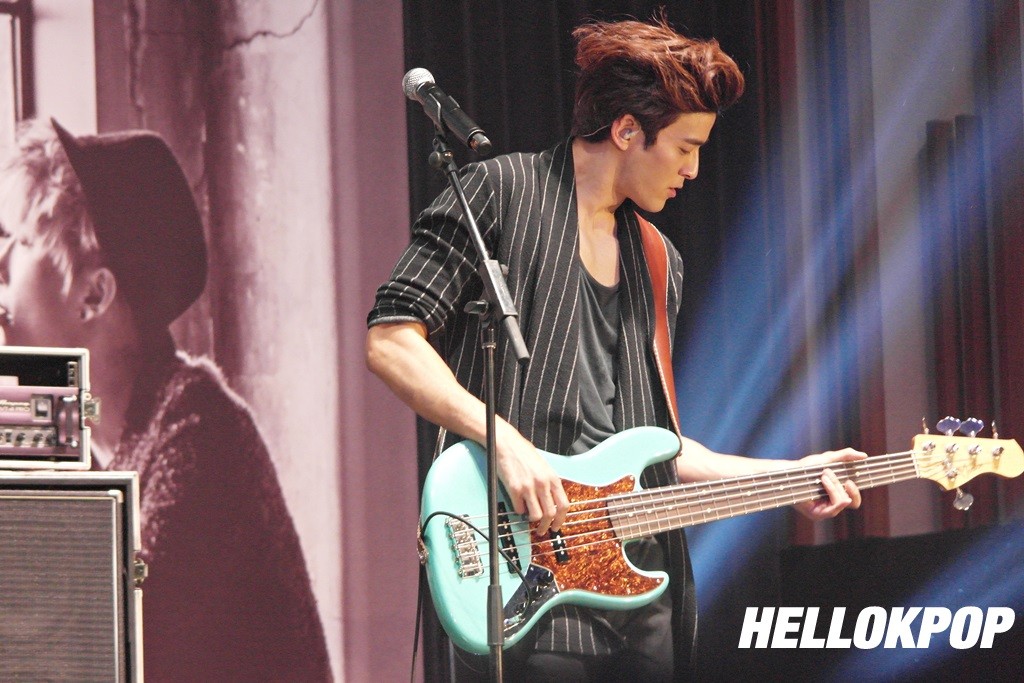 Leader Moon mentioned they know they have a lot of fans in Malaysia, but do not really know the culture. When asked what was their first impression of Malaysia, Moon commented it was good especially the food, while Sooyoon and James said the people here are passionate and loving.

When asked who can dance, the other two members pointed sharply at James. The host and fans quickly teased and asked him to show his dancing skills to confirm, but he smilingly rejected: “I’m a terrible dancer, everyone is trying to make me dance.”

Fans got to know more about Royal Pirates as they talked about what they want to do if they have one million USD, what character they want to be, most caring member, and others. It was also revealed that Moon is the peace keeper in the band, in contrast to his on-stage image. 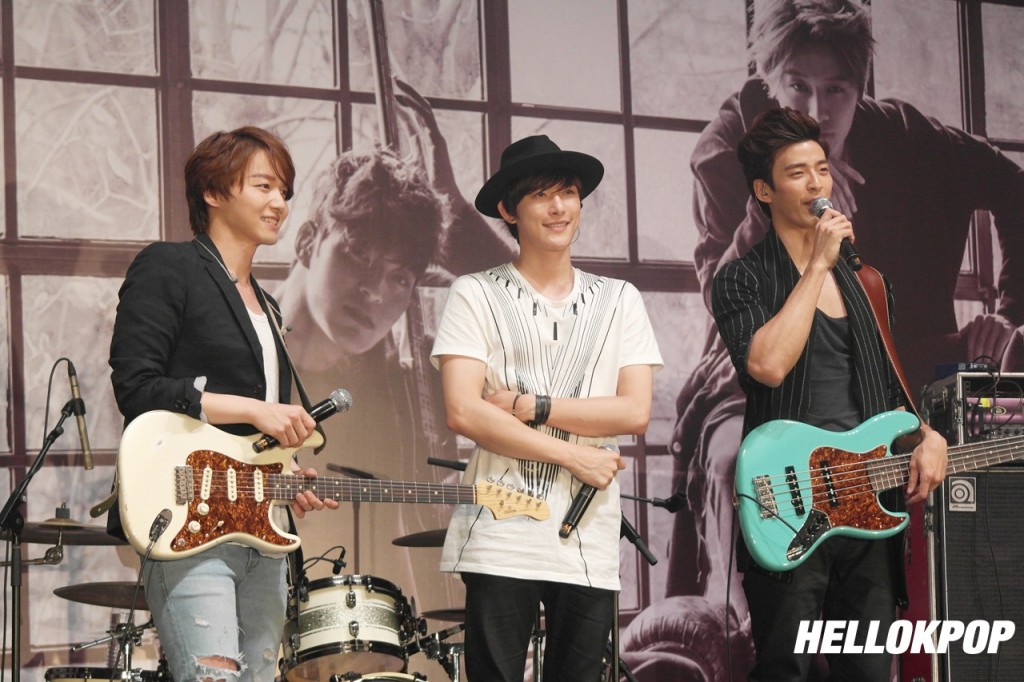 After that, they took the stage with two mellow songs Haru and On My Mind. Haru is James’ favourite song from 2nd mini album ‘Love Toxic’ as mentioned during the press conference. Their fingers changed back and forth smoothly on the chords, while Sooyoon confidently hit the drums for the beats to the background music. 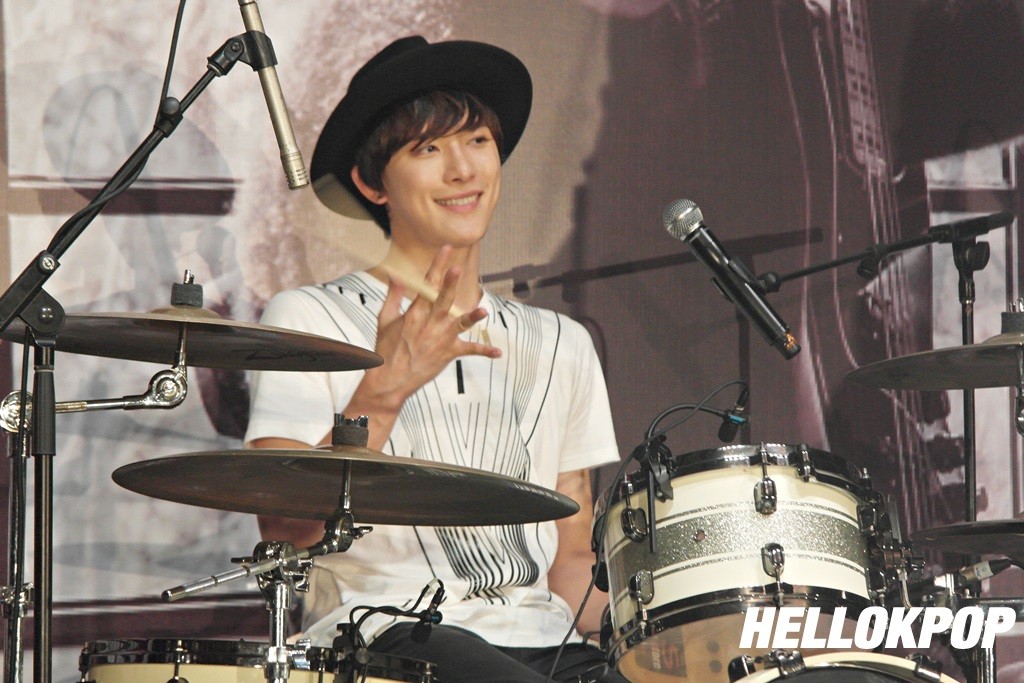 Fans were in for a lucky treat as the boys performed a song called Super Natural, which was told by Moon that it is an unreleased song written by Sooyoon and they normally perform it at live events only.

Before the boys realized it, the lights got cut off suddenly when they were in the midst of taking photos. Everyone started singing the birthday song in Malay, and then in Korean, with the boys knowing later that it was a surprise early birthday celebration for James, whose birthday falls on this coming June 9. James then made a wish that he hopes to come back to Malaysia again with a new album, and was really thankful for the celebration, exclaiming: “My Malaysian birthday is today!” 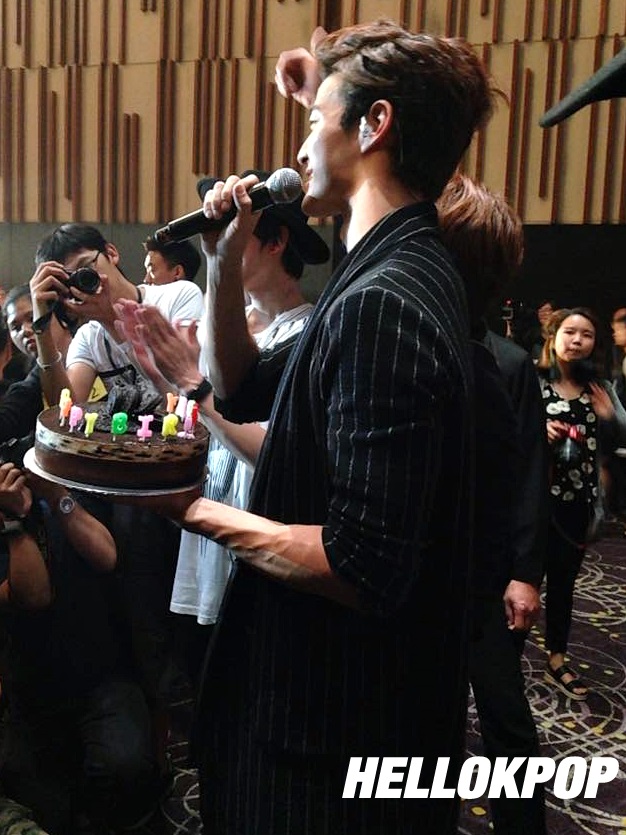 The show went on with Love Toxic, an upbeat pop song that got everyone standing up on their legs. They heated up the house further playing with their instruments, which was truly memorable to watch the boys enjoying the stage as they jammed to the beats.

With the showcase coming to an end, the boys performed their last two songs, Drawing The Line and You, wrapping up their first showcase in Malaysia. 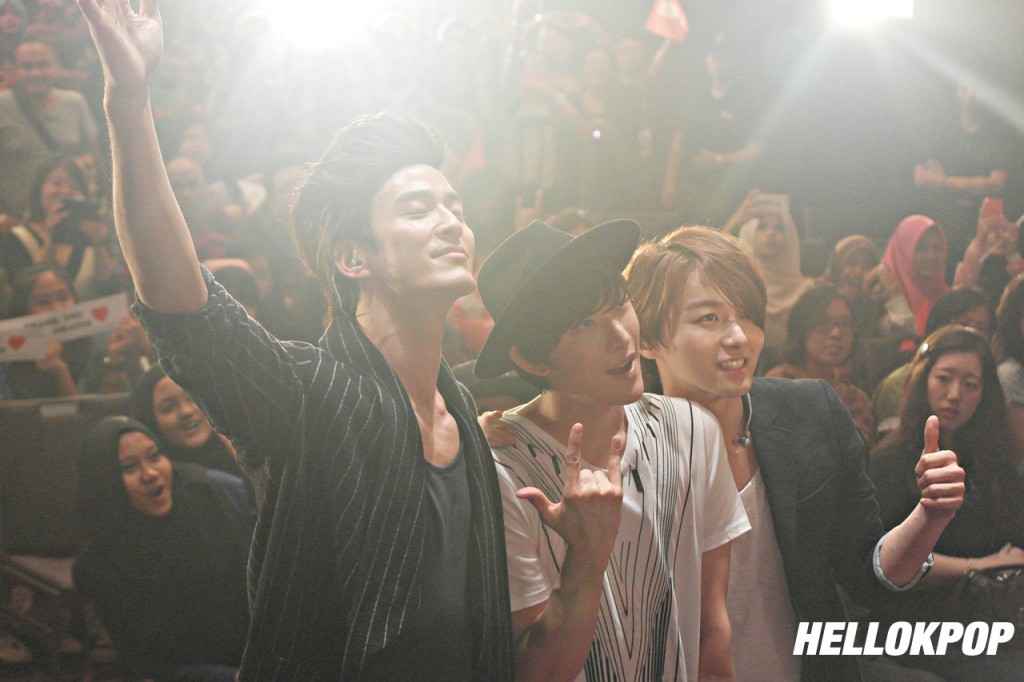 We thank Universal Music Malaysia for the press invitation to the event. 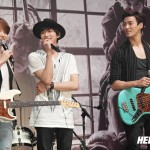 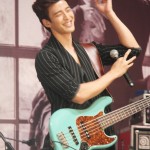 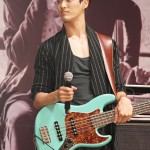 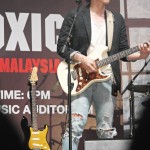 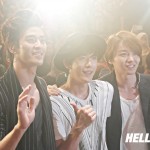 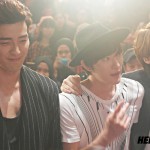 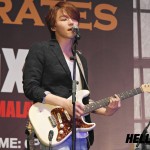 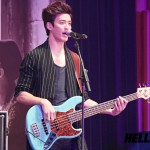 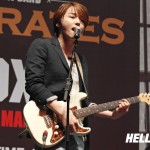 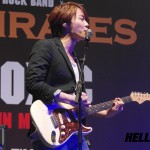 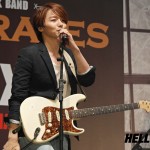 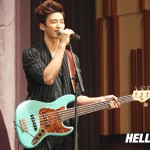 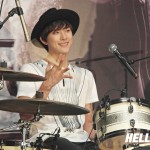 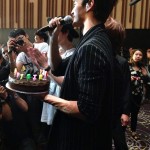 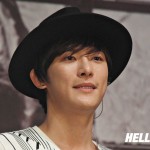 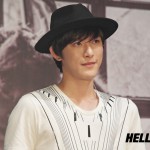 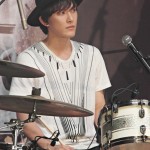 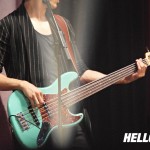 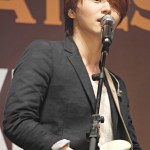