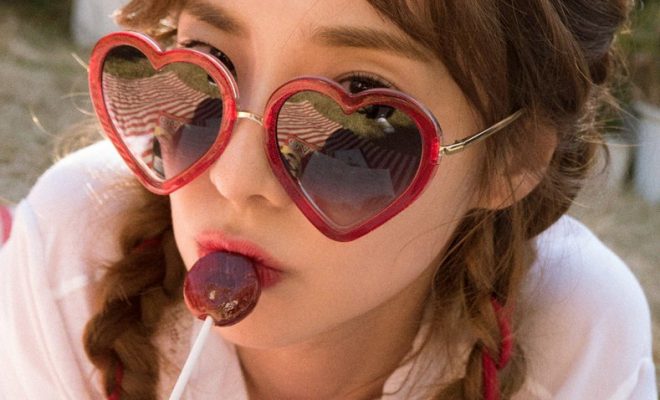 2NE1‘s sweet vocalist Sandara Park held an airport-themed party in the Philippines for her 32nd birthday.

The K-pop baby face is all dressed-up as a flight attendant in her party attended by her friends and fans. 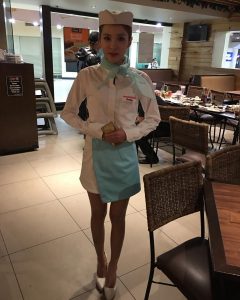 Dara is a flight attendant for her party. (Credit: @ForeverWithDara)

Dara shared in her Instagram account with her plane-ticket inspired birthday invitation card. Consistent with the unique theme, the photos at her booth also mirrored her invitation card.

Many of her friends attended the party, including designer Bajowoo, Junsuke Yamasaki and stylist Masahiro Nakajima, as well as local celebrities like Vice Ganda and Sam Milby.

Birthday cakes and crowd cheering, accompanied with banners and placards, completed Dara’s birthday cake blowing. One of her birthday cakes was designed as a luggage topped with a globe.

Fellow groupmate Bom sent her birthday greeting and well wishes for Dara via Twitter. She posted a message along with throwback photos of hers and Dara’s.

In addition, her agency YG Entertainment took to Twitter for the birthday greeting of its artist and not forgetting her fans, who sent their birthday greetings to Dara on Twitter using the hashtag #goddessDARAday.

The idol took time off her schedule to give Bajowoo, Junsuke Yamasaki and Masahiro Nakajima her self-dubbed ‘Daratour’. She brought her squad to Boracay, one of the most popular beaches of the country.

Dara is currently in the Philippines for a local television show, Pinoy Boyband Super Star, which she is a resident judge.

Hellokpop, as an independent Korean entertainment news website (without influence from any agency or corporation), we need your support! If you have enjoyed our work, consider to support us with a one-time or recurring donation from as low as US$5 to keep our site going! Donate securely below via Stripe, Paypal, Apple Pay or Google Wallet.
350
SHARES
FacebookTwitter
SubscribeGoogleWhatsappPinterestDiggRedditStumbleuponVkWeiboPocketTumblrMailMeneameOdnoklassniki
Related Items2NE1BomDaraSandara ParkYG Entertainment
← Previous Story SEVENTEEN Continues to Tease With More ‘Dark’ Photos
Next Story → K-Pop Artists Count Down To MAMA 2016 With Fun Missions