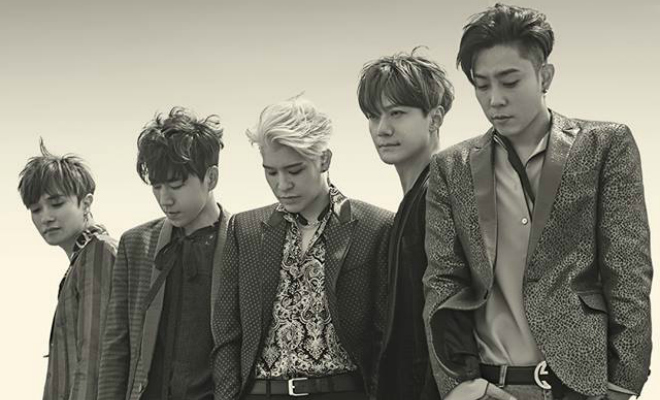 SECHSKIES Talks About Working With Epik High’s Tablo, Still ‘Adjusting’ Themselves After 16 Years

One of the 90’s legendary K-Pop groups SECHSKIES has opened up about their thoughts on working with EPIKHIGH‘s Tablo and writing their own songs at a media event in Seoul.

The quintet praised Tablo for his work on dance hall ballad Be Well and house rhythm dance number Sad Song. “Tablo’s work has an emotional aspect to it,” said lead vocal Kang.

According to him, despite the many revisions that the lyrics underwent, Sad Song has a certain aspect which touched their hearts.

He added that the song was actually the first track that SECHSKIES recorded after they re-grouped in 2016. Tablo and Future Bounce previously worked with the quintet for their first digital single in 16 years titled Three Worlds.

Main rapper and leader Eun described “complementary” working with the EPIKHIGH leader and Future Bounce that yielded a constant upgrade of the songs through team work.

Asked on the absence of self-written songs by the members in the album, Eun admitted that the group is still on its adjustment period from their long hiatus.

“It feels as if we’re not ready to include self-written songs,” he said. “To a certain extent, our members have to search out our own color through the comeback process while adjusting to today’s record industry.”

Aside from Be Well and Sad Song, ‘The 20th Anniversary’ album also includes nine re-mastered versions of the group’s past hit tracks.