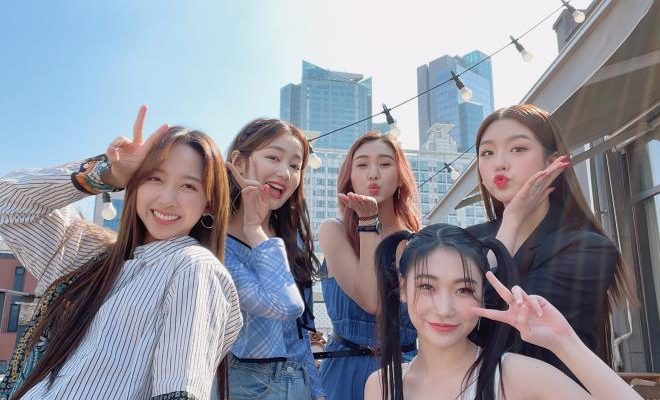 LOCKEYs are in for an exciting and fiery treat this October as SECRET NUMBER unveils the first batch of teasers for their “Fire Saturday” comeback!

On October 4, Vine Entertainment announced the group’s comeback through a colorful and vibrant teaser photo. This will mark as SECRET NUMBER’s third comeback following the release of their second catchy and addictive single “Got That Boom” in November 2020.

The mysterious teaser shows the feet and legs of six people wearing loud and striped bell bottom pants. This alone hints a fun and retro-themed comeback from the talented 1 year-old girl group. 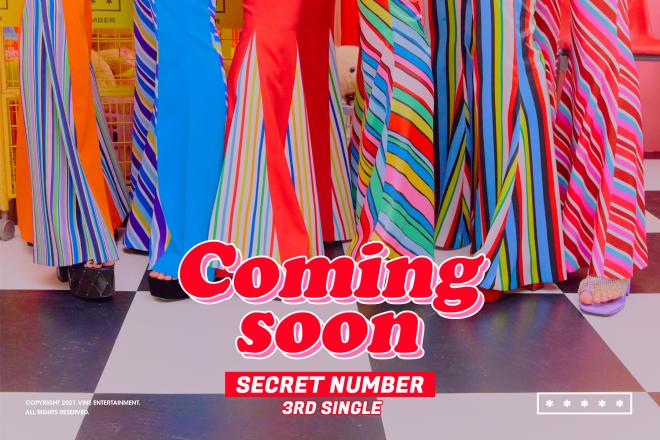 Five of the girls included in the photo are existing members Leah, Jinny, Dita, Soodam and Denise. The agency has not yet disclosed the identity of the new addition to the group, yet fans already have speculations about who the new girl is and her talents.

Accompanying the preview, fans will also see the words “Coming Soon” written in a huge and eye-catching font. With this sudden announcement, expectations are now rising regarding what kind of music style and appearance the girls will show in this comeback, especially since their two previous releases were well-received by K-Pop fans worldwide.

A FUN COMEBACK AHEAD

Adding to the excitement of fans, the agency also uploaded a timetable for SECRET NUMBER’s “Fire Saturday” return on October 7. From the looks of it alone, LOCKEYs are in for a lovely ride starting October 12 with the release of the first individual teaser. 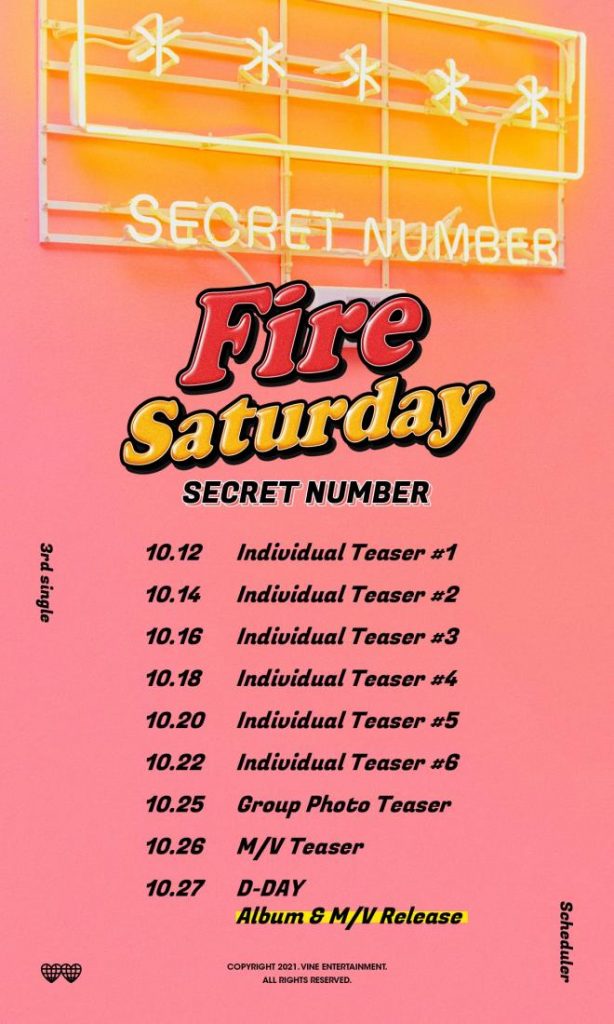 Five more solo sneak peeks will grace fans’ timelines two days later and will end on October 22. A group photo teaser will then come out on October 25, followed by a music video teaser a day after.