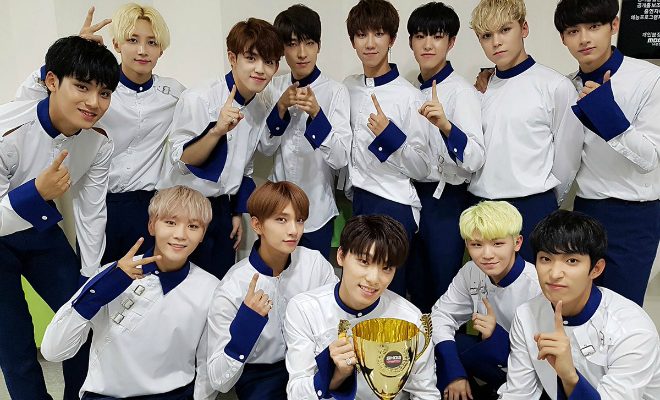 Another achievement for SEVENTEEN!

To commemorate this feat, SEVENTEEN will drop front and rear versions of “Don’t Wanna Cry” choreography version on June 8 at Hoshi’s time (10:10).

The boy group has also released a performance video of its latest release as a gift to fans for reaching 700,000 views on the music video.

SEVENTEEN returned with its fourth mini album Al1 on May 22, which also debuted at the second spot of Billboard‘s World Albums Chart. The eight-track album recorded the biggest US sales week for the boy group, beating out its previous record with Love & Letter. Aside from the World Albums Chart, Al1 also entered the Heatseekers Albums Chart at number 10.

On the one hand, title track “Don’t Wanna Cry” debuted at the third spot of World Digital Songs Sales. At present, SEVENTEEN has three music show wins from The Show, Music Bank and Show Champion for its recent comeback.

The group will soon embark on its 2017 SEVENTEEN 1ST WORLD TOUR ‘DIAMOND EDGE’. It will kick off in Seoul, with a three-day concert from July 14 to 16 and visit 13 cities across the globe.