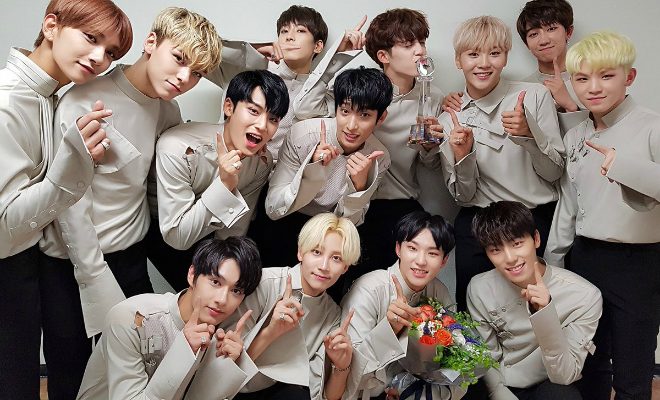 SEVENTEEN “Diamond Edge”: A Peep Into The Starburst

Characterized by a fascinating combination of audiovisual elements, Korean pop music (K-pop) emerged as a separate entity in the 1980s. It is the modern form of South Korean pop music, which assimilates into itself western styles and genres. 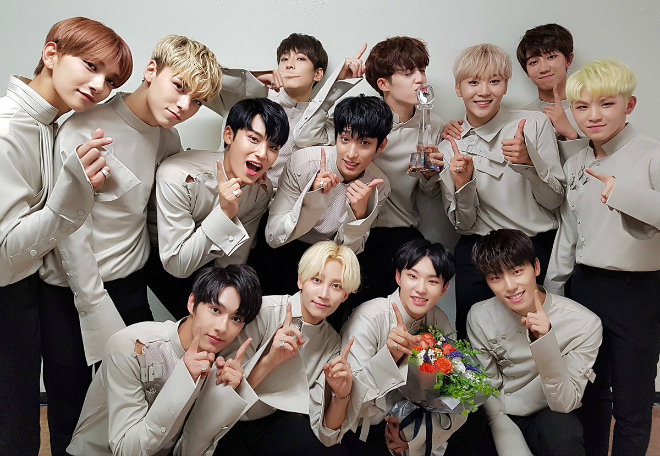 With the widespread adoption of information and communication technologies and social networking, the popularity of K-pop has grown leaps and bounds transcending continents and oceans.

With this emerging industry and an idol culture, many performance groups have blossomed. The success of these groups requires talent, but not more than the constant practice and the coordination, which is earned. Though they emerged late, SEVENTEEN is one such group that has risen through the ranks swiftly. With the group embarking on its first 13-city world tour Diamond Edge in July 2017, it’s the right time to have a peep into their rising star.

Under the management of Pledis Entertainment, SEVENTEEN officially took shape in May 2015, but news about them first spread a few years back in 2013. Until their official debut, the members were purposefully practicing and participating in TV shows.

Though the group’s name is SEVENTEEN, there are thirteen members, not seventeen. The group is also classified as hip-hop, vocal, and performance units to make its efforts better targeted, and they are often referred to as “self-producing idol group” in recognition of their involvement in the composition and production of their discography and choreography.

The group debuted with 17 Carat, a mini album having “Adore U” as the title track.

Years of practice paid off as 17 Carat became the only rookie album to appear on Billboard’s 10 Best K-pop Albums of 2015 chart. The next big event came in September 2015 when the second mini album was released in two different versions titled Hide and Seek, both with the title song “Mansae”, which reportedly became the highest-selling rookie album of 2015. The group followed the release of the album with their first concert in December 2015.

The year 2016 was even more encouraging for the group. Their first milestone in 2016 was the announcement of an official fan club called Carat in February. By this time, SEVENTEEN was mature enough to venture into bigger projects.

SEVENTEEN released its first full-length studio album Love & Letter in two versions: Love and Letter in April 2016 with the title song “Pretty U”. “Pretty U” helped SEVENTEEN to score its first music show. Emboldened by the backing of a solid performance, the group started its first Asian tour Shining Diamonds in July 2016, visiting South Korea, Japan, China, Singapore, and Australia. Following this tour, SEVENTEEN released its first mix tape Check In in November 2016. Their third mini album Going Seventeen with the title song “Boom Boom” was released in three versions in December 2016. 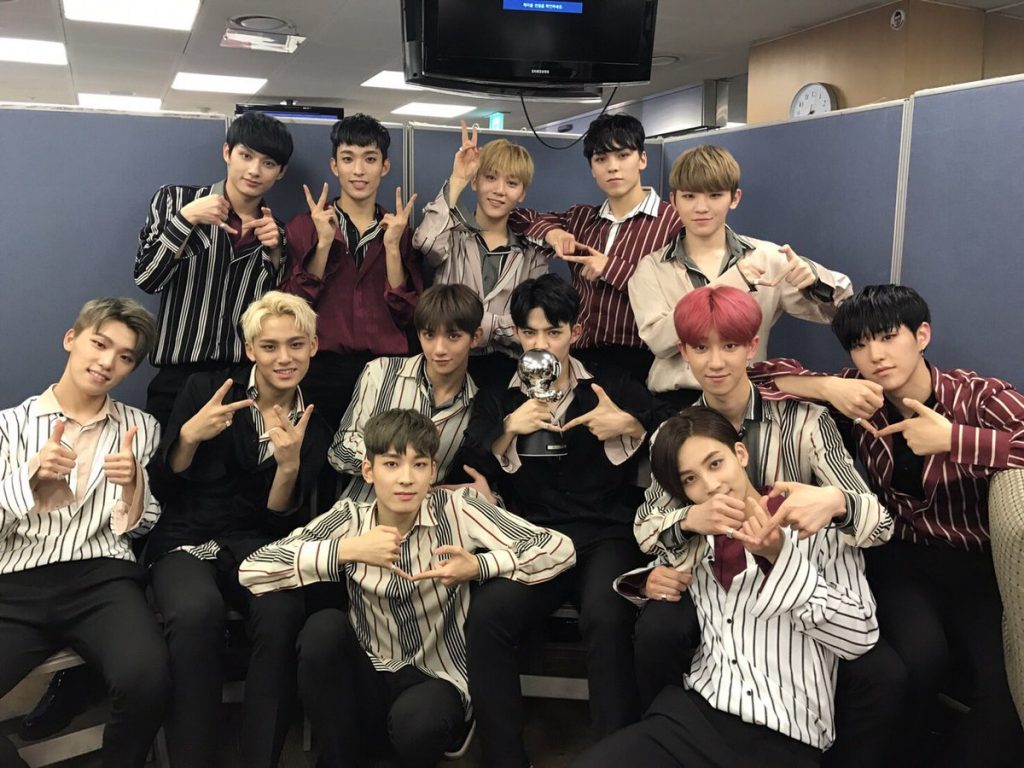 SEVENTEEN started 2017 on a high note with the Japanese concert Say the name #Seventeen in February. This was followed by the release of their fourth mini album Al 1, with the title track “Don’t Wanna Cry” in May 2017, which reportedly is among the list of albums that have sold the highest number of copies in its first week.

All the group’s hard works have paid off as they embarked on their first world tour in July 2017. The group has also won many awards, including the Gaon Chart Music Awards’ 2016 Rookie Award.

The rise of the group in such a short span of time has been exceptional, but it wasn’t without hard work. Considering the evolution of SEVENTEEN, it is because of their practice, passion, and patience that has led to their star turn. Amidst their glory, the group is exemplifying the old saying, “practice makes perfect”.

FacebookTwitter
SubscribeGoogleWhatsappPinterestDiggRedditStumbleuponVkWeiboPocketTumblrMailMeneameOdnoklassniki
Related ItemsSeventeen
← Previous Story JJ Project Returns After 5 Years With “Tomorrow, Today”
Next Story → Taeyang On His Girlfriend Min Hyo Rin: “She Is The Person I Love The Most, And My Biggest Muse”