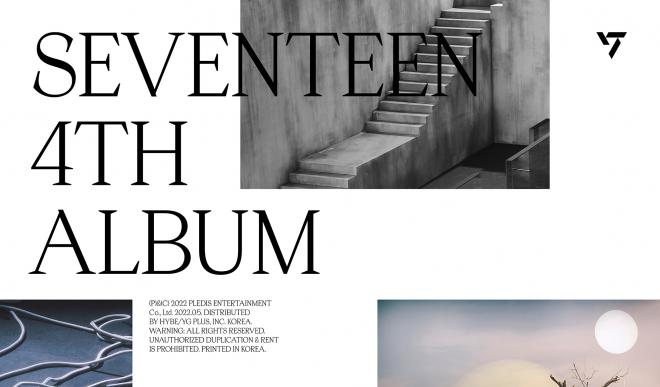 SEVENTEEN is giving CARATs back-to-back treats as the group releases the first teaser for their upcoming grand return in May!

Talented boy group SEVENTEEN prepares for their highly-anticipated comeback next month with their fourth full album Face The Sun. 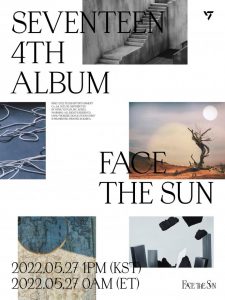 On the evening of April 21, Pledis Entertainment signaled the group’s return through an interesting and cool teaser poster. This will mark SEVENTEEN’s comeback in 7 months since they released their ninth mini-album Attacca back in October 2021.

The first sneak peek is well-designed and impactful. Five photos with different sceneries that correspond to the number of versions for this upcoming album will instantly steal your attention. This alone hints at a bold, evoking, and striking comeback from one of the finest boy groups of this generation.

Accompanying the preview, there are also details regarding SEVENTEEN’s upcoming offering such as the official release date of the album as well as the time. With this sudden announcement, expectations are now rising regarding what kind of music, appearance, and style the group will show in this comeback.

As of current writing, the poster has amassed around 50,200 retweets and 228,000 likes on Twitter, proving SEVENTEEN’s immense influence and popularity.

A GRAND RETURN TO LOOK OUT FOR

Adding to the excitement of fans, the agency uploaded a scheduler of SEVENTEEN’s comeback. From the looks of it alone, CARATs are in for an exciting ride starting on April 27 with the release of the first trailer for the album. 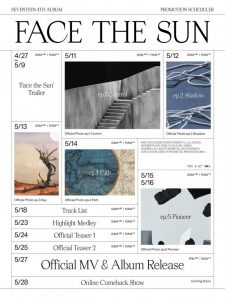 Making the comeback more memorable, SEVENTEEN has five types of concept images in store for fans, which will grace everyone’s timelines from May 11 to May 16.

The track list will come out on May 17, followed by a highlight medley on May 23. The two official teasers, set for release on May 24 and May 25, are expected to raise fans’ anticipation further towards the group’s upcoming offering.

SEVENTEEN will release their fourth full album Face The Sun on May 27 at 1 PM KST.