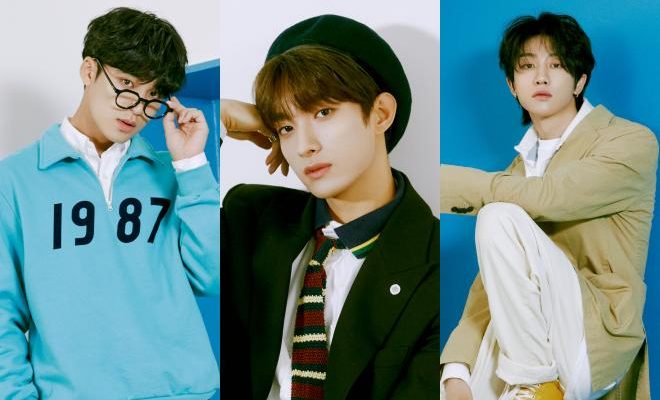 SEVENTEEN members Mingyu, DK and The8 unleash their distinct personalities in latest teasers for their nearing Semicolon comeback!

Featuring aesthetic settings that represent the group’s duality, Mingyu, The8 and DK became the epitome of sophistication in the teasers. 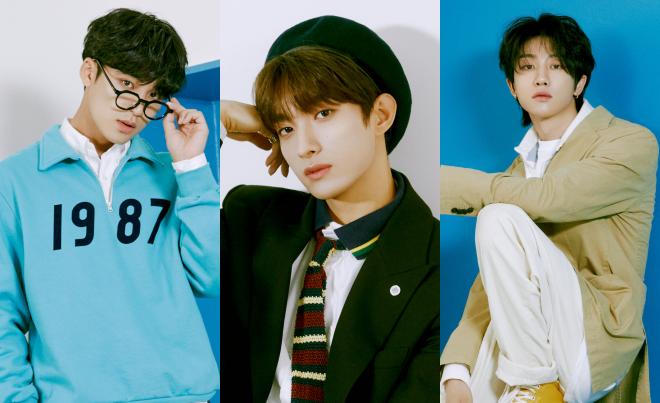 Released on October 9 at 12 am KST, the third set of previews highlight the beauty of the 97-line members as they embody their new enthralling concept.

Demonstrating his laid-back personality, The8 showed his finest and gleaming look while effortlessly in a very relaxed yet attractive manner. 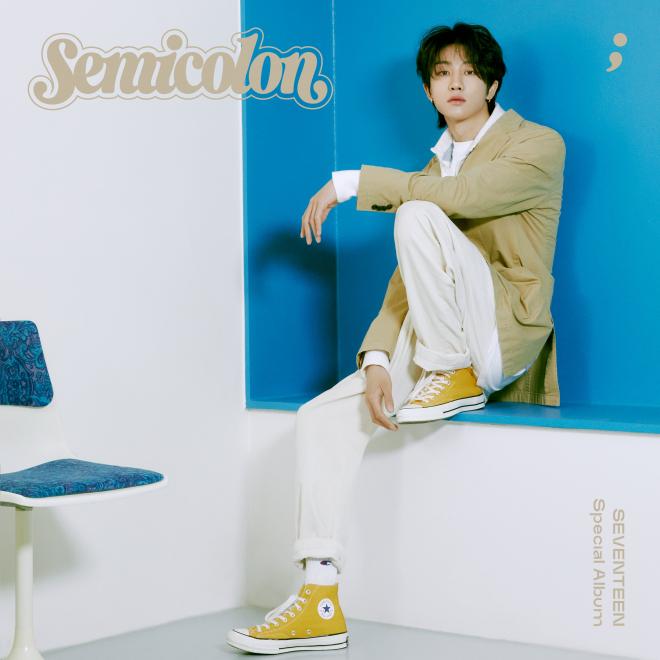 Taking pride in his “fashionista” title, the Chinese member made many heads turn as he exudes a manly aura, while sporting a striking and neutral-colored outfit.

His detailed facial expressions and charming, fixed gaze also impressed fans as he lets his confidence and resplendence shine in the second photo. 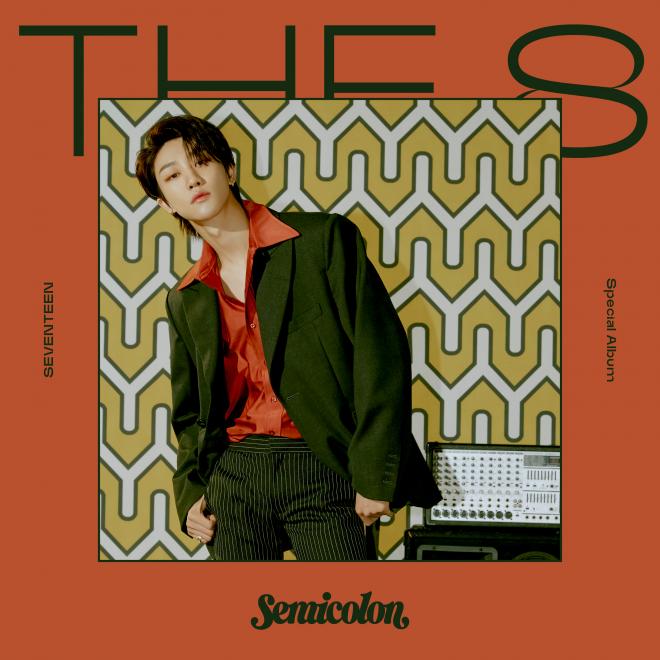 Meanwhile, Mingyu proves he is indeed the group’s ultimate visual with his mesmerizing facial expressions and breathtaking overall look in his first teaser photo.

While donning a vivid colored sweatshirt that highlights his golden physique, the exceptional rapper unleashed his youthful side as he strikes a pose with superb gesture. 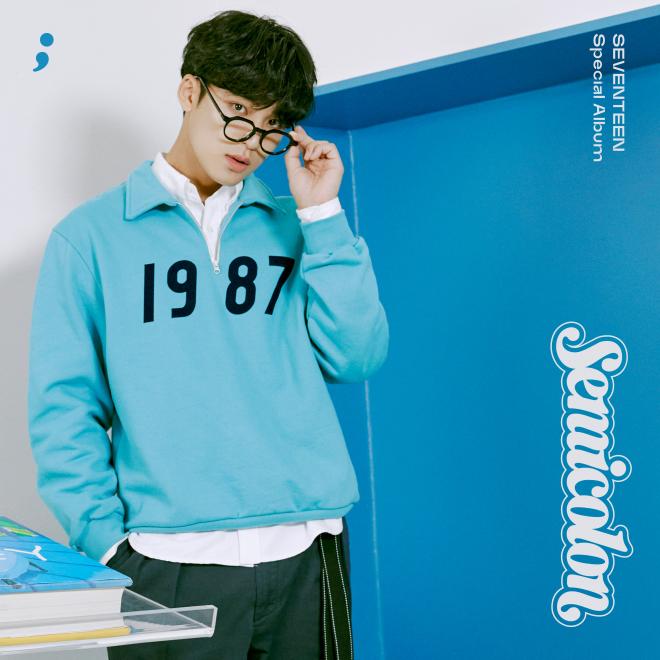 Exhibiting nothing but classy 70s vibes, Mingyu also grabs the audience’s attention with his sleek side profile, highlighting his ethereal facial features.

His puzzled yet endearing gaze, along with his eye-catching suit in the second snapshot further heightened fans’ excitement regarding the comeback. 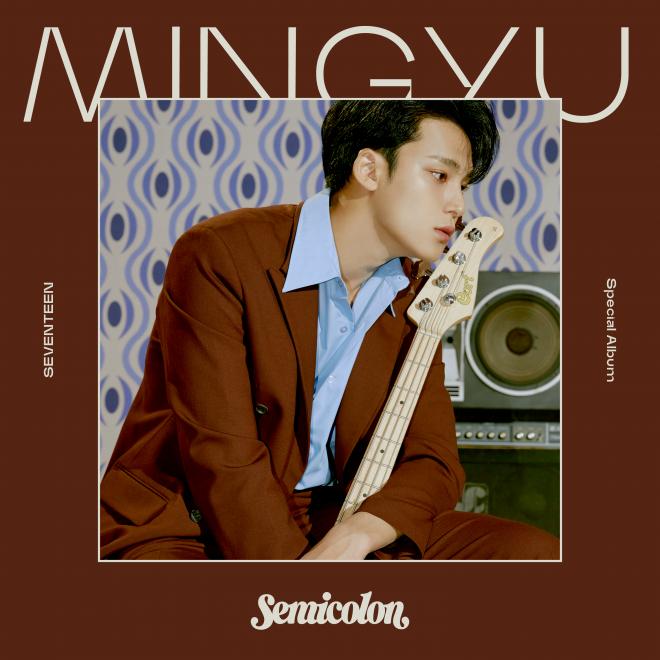 Delivering a cozy and warm atmosphere, DK maximized his undeniable charms as he sat and pose elegantly amidst minimalist backdrop. 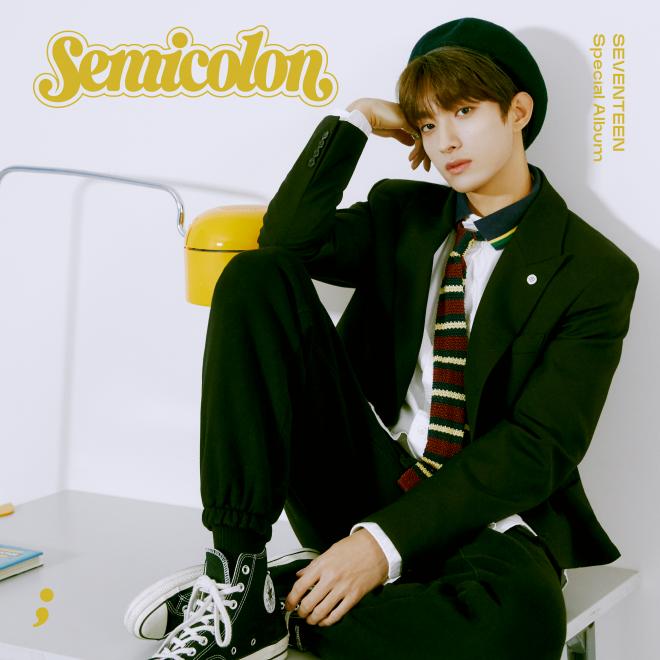 Proving he can be versatile at all times, the group’s main vocalist delivered a boyish and mature image with his entrancing gestures and gentle gaze.

As he sits on the floor while sporting a mysterious aura, DK brought a fancy mood into his second photo through his fashionable ensemble and his angelic face. 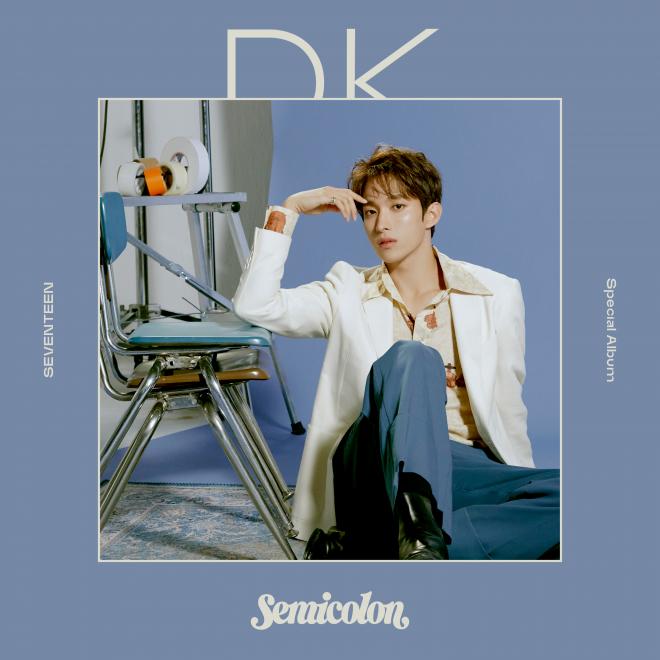 SEVENTEEN will be coming back with their special album Semicolon, which is slated for release on October 19 at 6 PM KST.