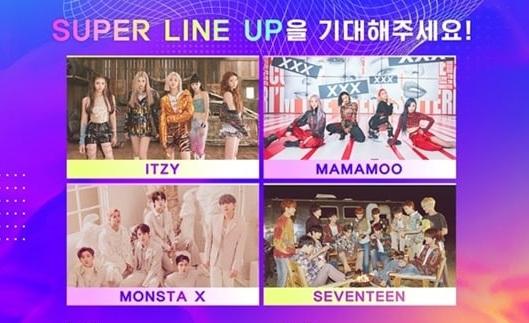 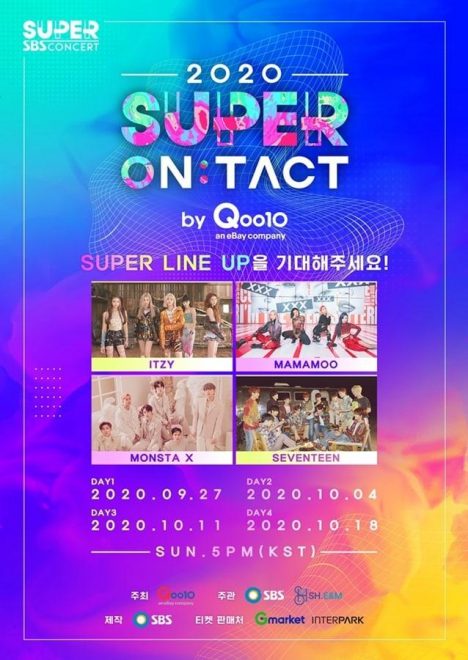 As part of its Super Concert series – which is constantly being loved as a global-scale concert, and is conducted in an on-tact method for domestic and foreign fans who cannot go to the concert site due to the ongoing COVID-19 pandemic – SBS invites fans to its 2020 Super On:tact, which will premiere this September.

2020 Super On:tact is expected to provide a sense of realism as seen in an actual concert hall by actively utilizing interactive technologies such as real-time video talk with fans as well as a multi-view screen.

To hype up fans, SBS has recently revealed the first batch of performing artists for its upcoming online concert shows. In particular, well-loved K-pop groups such as SEVENTEEN, MONSTA X, MAMAMOO, and ITZY are confirmed to join the lineup.

The virtual party will be streamed live every Sunday from September 27 to October 4 at 5 PM KST. Watch out as SBS will soon reveal the next lineup of stars who will join 2020 Super On:tact in the coming days.