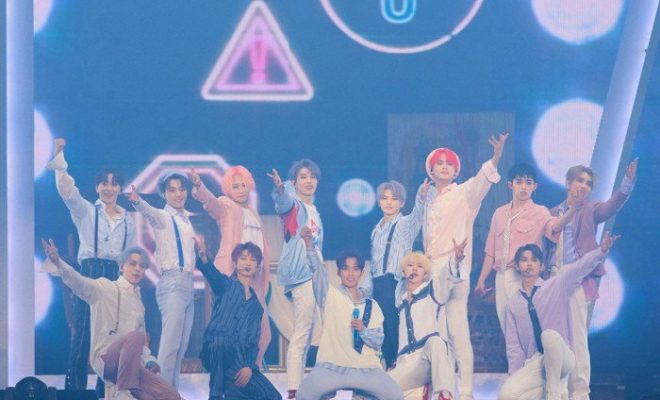 It was definitely a set of three nights filled with never-ending “Aju Nice” from SEVENTEEN for the first shows of their new world tour!

SEVENTEEN successfully kicked off their newest world tour Ode To You with a three-day show in Seoul! 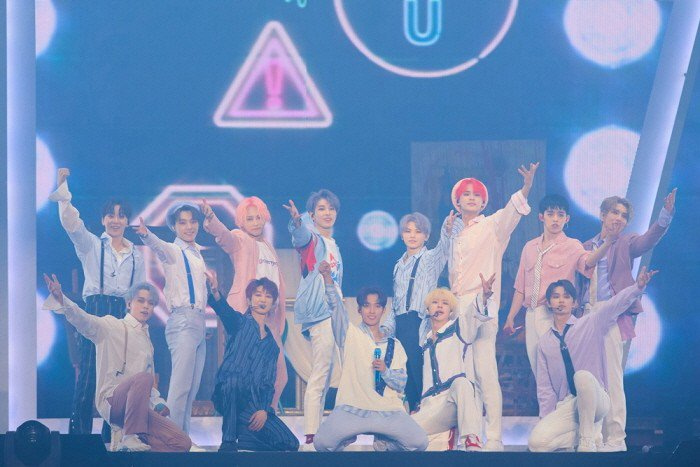 The boy group successfully fired up the KSPO DOME in Seoul from August 30 to September 1, performing to their hearts’ content in front of a tightly-packed audience from standing to side seats.

They opened the show with strong performances of “Getting Closer”, “ROCK”, and “Clap” to boost the enrgy right from the start. After presenting the three songs in a row, the group greeted their fans and took a short breath, before continuing with “Thanks”, “HOME”, and “Don’t Wanna Cry” – songs which match the concert’s title “Ode to You”. 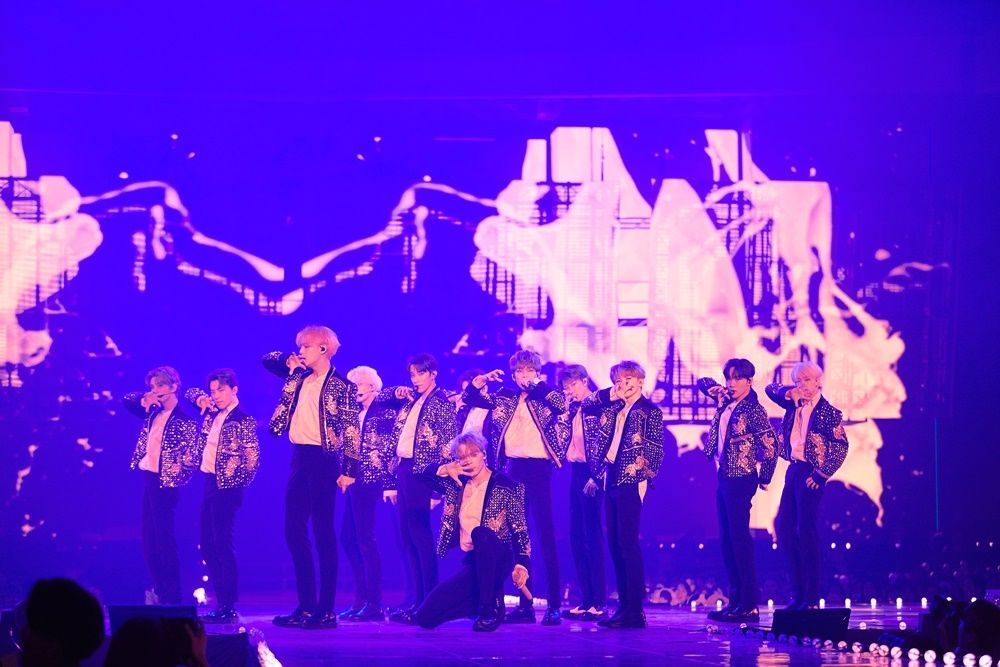 As Carats may know, SEVENTEEN is made up of three units: the vocal team, performance team, and hip-hop team. Each album contains songs from each team and exerts the unit’s strengths, showing off their charm to the unit stage at the concert.

The hip-hop team showed a playful stage even though they were delivering a strong performance with a rock sound. 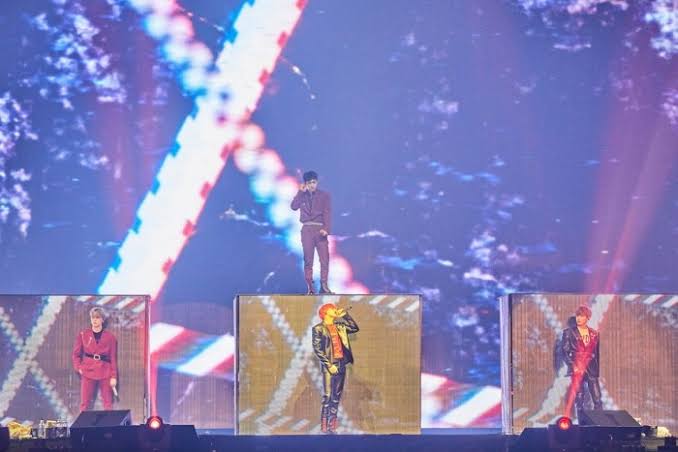 Meanwhile, the performance team showed their strength and skill through a beautiful Korean dance with a matching intro. 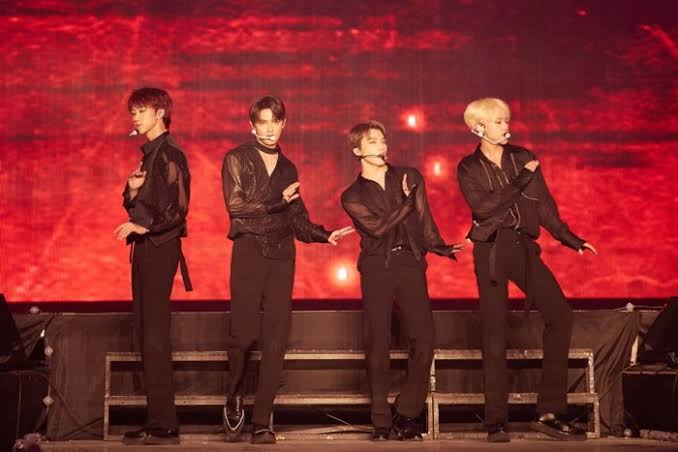 Lastly, the vocal team serenaded everyone with their voices bringing comfort and emotion through the ballads they performed. 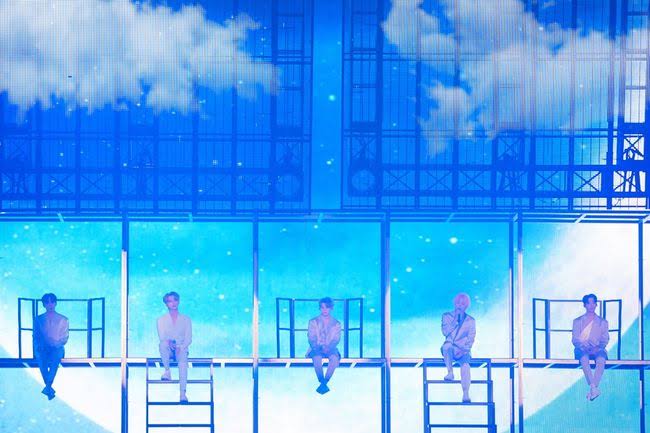 Returning From Cute To Strong

SEVENTEEN also performed their all-time favourite hits “Adore U”, “Pretty U”, “Oh My!” and “Just Do It.” After being cute, they came back to being cool again.

The Korean-language versions of “Crazy in Love”, “Good to Me”, and “Happy Ending”, which were followed by a VCR containing hints that the members delivered, gave a thrill to fans who witnessed the thirteen boys on stage armed with powerful performances.

The last song, “HIT”, made everyone see how self-explanatory its title was as it showcased SEVENTEEN’s breathtaking choreography skills. 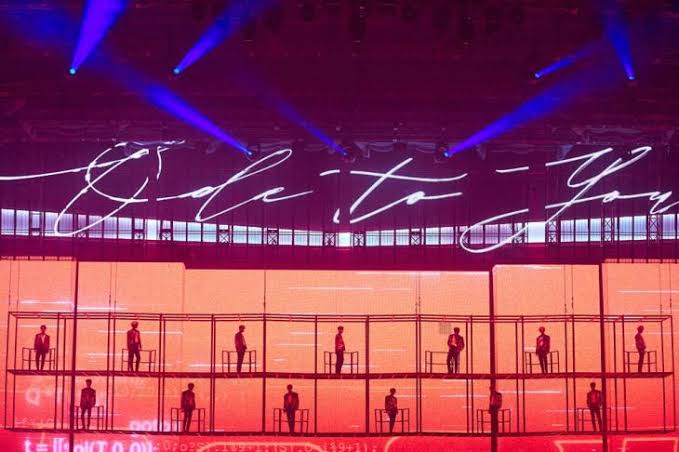 After the “Campfire” event, where fans gathered their voices and sang together, the group returned on stage with a performance of “9-TEEN”.

Afterward, each of the thirteen members expressed their feelings regarding the concert. They particularly looked back on how they had been active for more than four years since they officially debuted in May 2015.

The energetic atmosphere, which was briefly toned down by speaking of personal feelings, was brought back to the top of the encore. 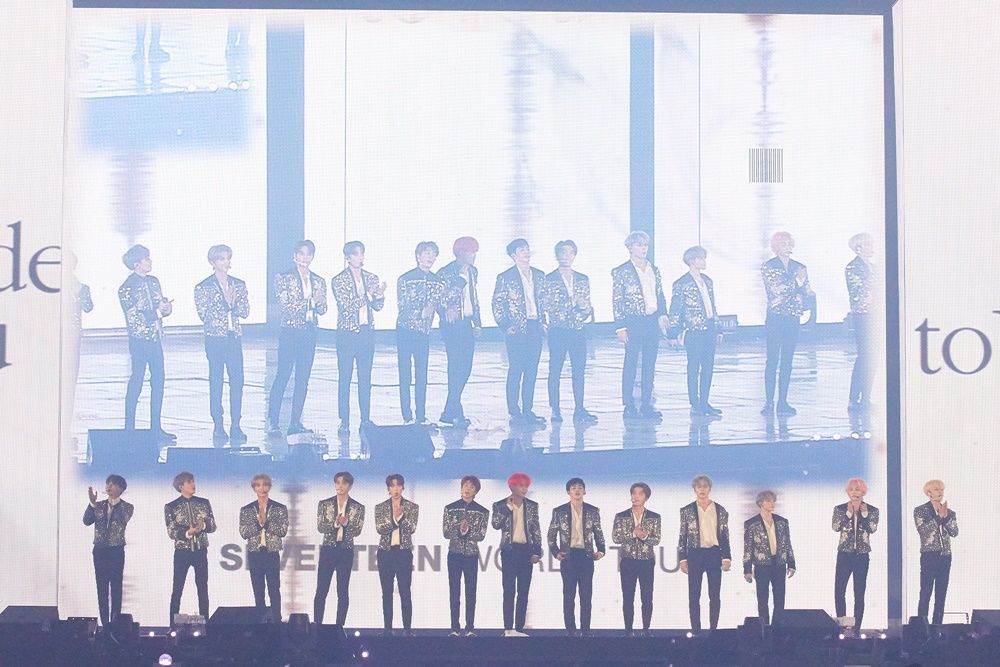 Following a performance of “Holiday” to start the encore, “Aju Nice” further raised the excitement of the audience and the thirteen members, who ran around the wide concert hall to get closer to as much fans as possible.

Of course, the concert’s highlight was the never-ending version of the aforementioned hit song which was performed several times as an encore. The audience shouted “One more time”, and SEVENTEEN responded by pumping up all their energy, running around, and showing an explosion of excitement. 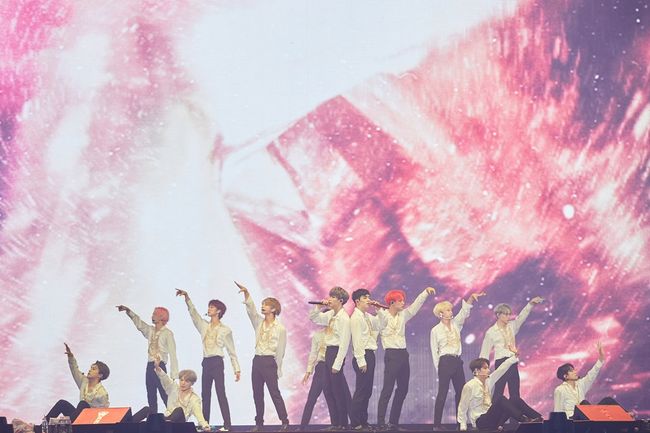 Even after bowing and “closing” the stage, a surprise encore began as “Aju Nice” blasted out again. They then gave everyone a thumbs up, putting an end to the night full of flawless live performance and laughter from the thirteen members for their fans.