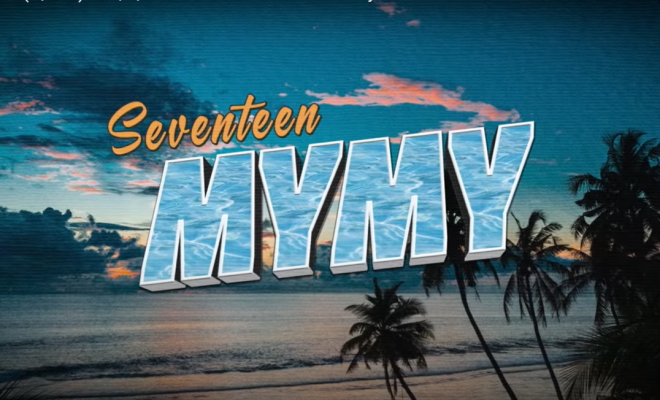 SEVENTEEN gives a burst of excitement ahead of their summer adventure for their nearing comeback with Journey of Youth!

On June 9 at 12 AM KST, SEVENTEEN shared their first trailer for the upcoming release of their seventh mini-album 헹가래 [Heng:garæ] Journey of Youth.

Reigning in cool and moderate colors, the teaser video showed the members at ease while taking delight in their special time in the pool. Having fun in their own ways and appreciating free time, SEVENTEEN reclined and relaxed comfortably while chatting with the other members.

The three-minute trailer highlight youthful vibes showing the members filming and completing the trailer video with full enthusiasm. It also previewed a brief music and performance of their song “MYMY”, containing the bright and unique energy of SEVENTEEN.

The clip also focused on hip hop unit members S.Coups, Wonwoo, Mingyu, and Vernon, who recounted various stories, thoughts and resolutions on their life journey. They also talked about accountability, future direction of the team, as well as a brief story of the trailer video.

The leader of the team, S.Coups gave a profound remark by saying, ” For me, it feels like traveling has an end but journey doesn’t.” Meanwhile, Wonwoo intricately expressed, “The word ‘travel’ sounds like it’s for fun, but ‘journey’ gives you a feeling of going on a search for a purpose.”

Mingyu genuinely admitted, “Through experiencing lots of things and learning, there will be results. And those results won’t be the final destination and we’ll continue with something else. So I just want to express that sort of things as an ‘endless journey’ instead of using the world ‘travel’.”

Lastly, Vernon delivered a spontaneous ending remark, “We are born and we produce fruits, and with those fruits we make jam. And we share it.”

Watch the Trailer: A Scene of the Journey “H” below:

Recently, the group continued the celebration of their fifth anniversary by surprising everyone with the release of a special new song “Us, Again” dedicated to Carats.