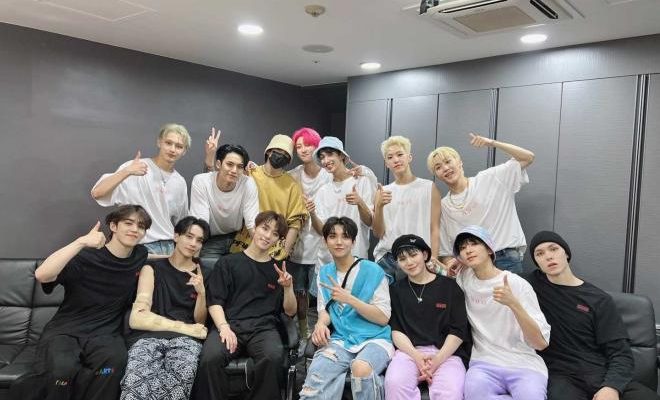 CARATs are all in for an exciting treat from SEVENTEEN this July! The boy group has recently unveiled the promotion timetable for their SECTOR 17 comeback!

Phenomenal boy group SEVENTEEN is now preparing for their grand comeback in July with their repackage album, SECTOR 17.

On the evening of June 27, Pledis Entertainment released the group’s highly-awaited promotion timetable for their upcoming album SECTOR 17 via the group’s official SNS accounts.

Exuding a bright vibe that seemingly hints at an energetic and fun concept from SEVENTEEN, the teaser poster gained positive responses from CARATs all over the world.

With a vibrant green scenery in the background, this comeback will surely suit the summer season as well as the idols who can pull off any kind of theme they want to try.

It will also mark the group’s second comeback in 2022 following their return with Face The Sun in May.

A THRILLING COMEBACK AHEAD

From the looks of the scheduler alone, CARATs are in for a lovely ride starting on July 4 with the release of the track list. 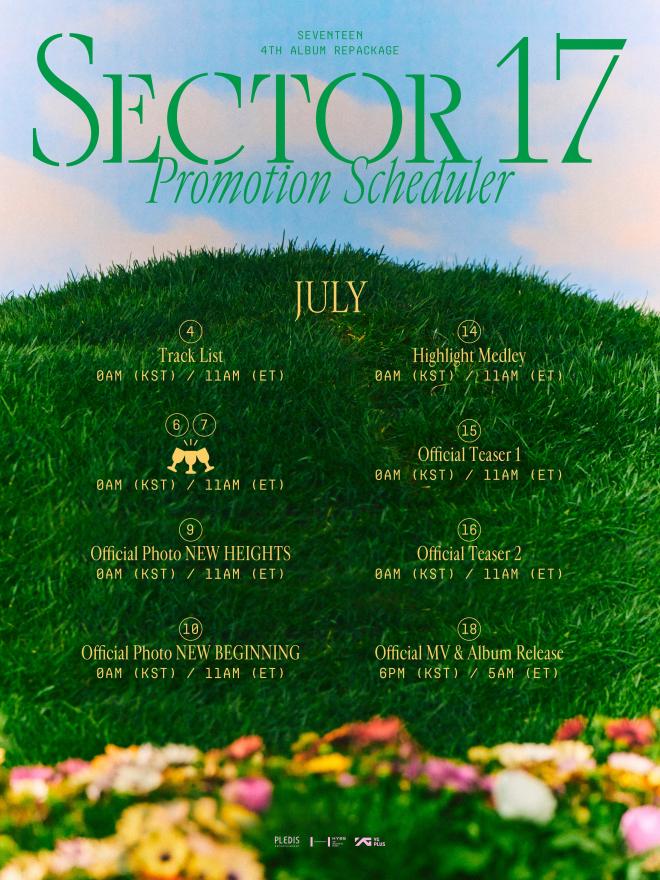 SEVENTEEN, who is known for their impressive synchronization and skills in dancing, singing, and rapping, have two types of concept photos in store for spectators. The group will release the first one on July 9, while the last one will grace fans’ timelines on July 10.

Prior to this, special content will be released on July 6 and 7, which are expected to raise everyone’s excitement for the comeback.

Aside from these, the highlight medley is going to take the spotlight on July 14. This will be followed by the official teasers, which will come out on July 15 and 16,

Meanwhile, SEVENTEEN will release their repackage album SECTOR 17 on July 18 at 6 PM KST. The group has already unveiled the first set of official teasers for their upcoming release on June 26 and 27.