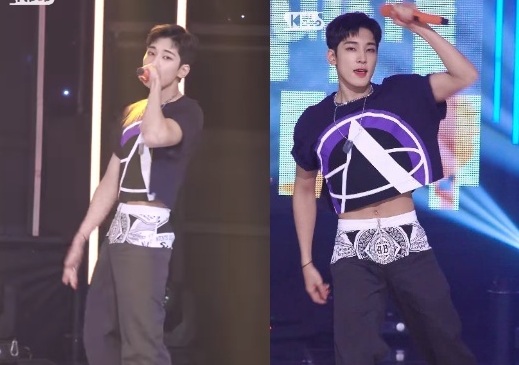 Performing their latest bop “Left & Right” on SBS’ Inkigayo, the visual-blinding and talented idol took the internet by storm with his stylish look. He specifically surprised Carats after donning a stylish crop top outfit for the first time.

Soon after their performance, the thirteen shining idols held a live chat together with fans. During the special session, Wonwoo clarified that his outfit was originally not a crop top. It was actually SEVENTEEN’s leader S.Coups who suggested cutting Wonwoo’s shirt for him to flaunt his well-built body.

Though embarrassed at first, Wonwoo revealed that he’s happy that Carats liked his surprise gift. He’s likewise open to wearing another crop top again in the future as long as it looks good with the concept.