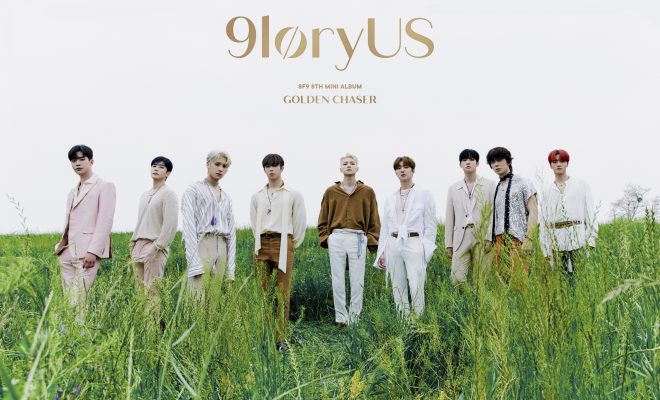 Ready for the new songs of summer from SF9?

SF9 unveiled their loaded tracklist and heavenly highlight medley for 9loryUS prior to its nearing release this July 6! 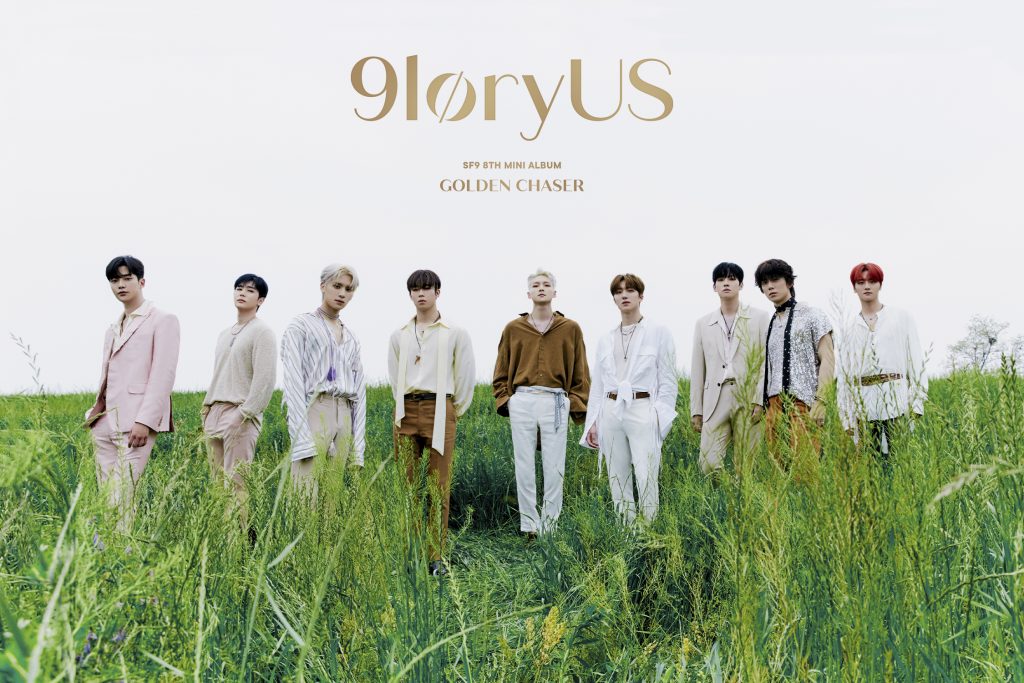 The boy group brought delight to fans on July 2 by sharing the much-awaited sneak peeks of the songs they prepared for their comeback mini-album. Beginning with the list of titles and credits for each song labeled as “Chaser’s Checklist”, SF9 revealed that 9loryUS will contain a splendid selection of six songs.

As usual, Zuho participated in writing all of the songs for the mini-album. For the title track “Summer Breeze”, he was joined by labelmate Lee Seung Hyub from N.Flying as well as fellow SF9 member Youngbin in penning the lyrics.

Zuho and Youngbin also co-wrote the second track “Into The Night” with Jaeyoon, and Chani.

The fourth track “All Day, All Night” was made by Zuho, Youngbin, and Hwiyoung as well, and the three teamed up with Chani for the last track “My Story, My Song”. Meanwhile, Hwiyoung worked with Zuho to pen the lyrics for the third track “OK Sign”.

Lastly, Zuho showed his talents not just in writing lyrics but also composing and arranging for the song “Go High”, raising much excitement from fans. Moreover, 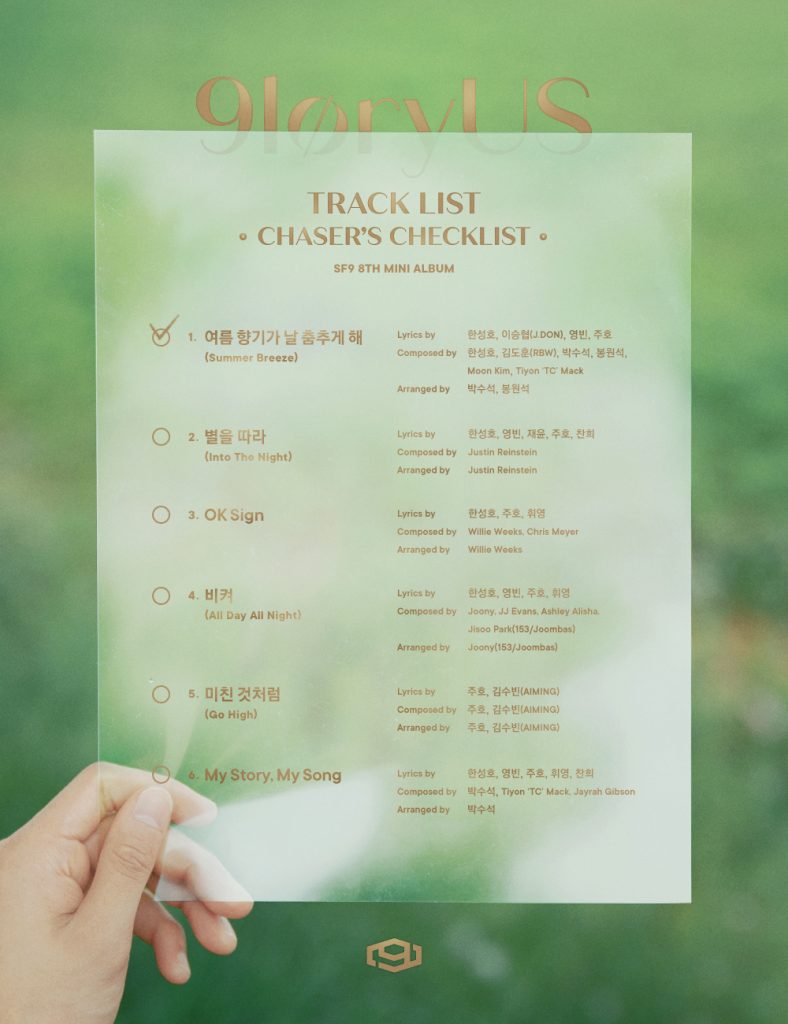 Blowing fans away with the tune of each song, they simultaneously let fans listen to their new tracks by releasing a heavenly highlight medley containing its short previews.

In addition to their mini-album’s release on July 6 at 6 PM KST, the group will commemorate their summer return with a showcase for 9loryUS set to be broadcasted live through Naver V LIVE on the same day at 7 PM KST.

Photo and video from FNC Entertainment

Hellokpop, as an independent Korean entertainment news website (without influence from any agency or corporation), we need your support! If you have enjoyed our work, consider to support us with a one-time or recurring donation from as low as US$5 to keep our site going! Donate securely below via Stripe, Paypal, Apple Pay or Google Wallet.
FacebookTwitter
SubscribeGoogleWhatsappPinterestDiggRedditStumbleuponVkWeiboPocketTumblrMailMeneameOdnoklassniki
Related Items9loryUSSF9Summer Breeze
← Previous Story CRAVITY Takes The Top Spot In The Rookie Category On Hanteo Chart
Next Story → MONSTA X’s I.M Shares Book Recommendation In SBS’ “Talk Talk Information Brunch”