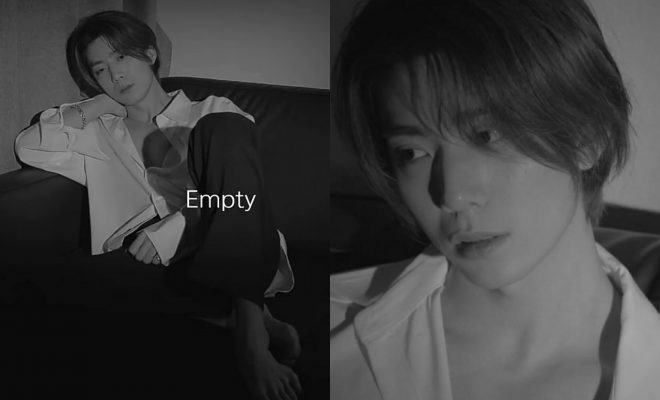 SF9’s Hwiyoung has left every FANTASY with no other thoughts except him as he dropped a brand new song and music video!

No thoughts, head empty is exactly how fans felt while watching SF9’s Hwiyoung in the music video for his solo track “Empty”! 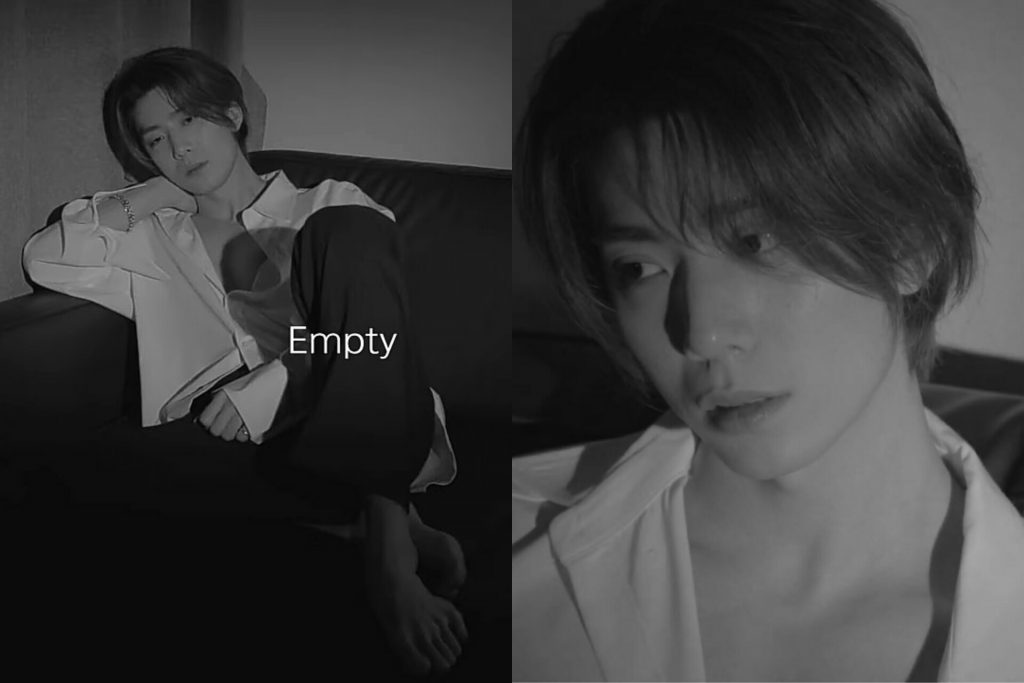 Leaving everyone wrapped around his finger as he gave a heartbreaking serenade, the SF9 member surprised FANTASY by dropping a noir-themed music video for his solo R&B ballad track on December 3.

Written by Hwiyoung himself, “Empty” talks about feeling, yes, empty and wanting to forget the memories of a breakup. “Our sorrow, our tiring breakups/ Erase them all,” and “We’ve fallen out with each other and that led to bad feelings/ Now I’m tired of the same ending, over and over again,” were just among its heart-wrenching lyrics.

The SF9 rapper also has the song on his personal SoundCloud account, and it was his gift to fans on the group’s third anniversary. With its release earlier in October, the song captured fans’ hearts with Hwiyoung’s voice and rap.

Matching the emotions that the song’s melody evokes, the music video for “Empty” is simple, but extremely perfect – with a couple of underwater shots and zoom-ins on the SF9 member casually delivering the song’s lines. Dressed in a white button-down, Hwiyoung makes everyone focus on him and his ethereal visuals even more with the intimate setting in the music video.

Watch the music video for “Empty” by SF9’s Hwiyoung below:

READ: SF9 Returns With A Celestial Night Of Shining Performances For “UNIXERSE In Manila”

We need your support! If you have enjoyed our work, consider to support us with a one-time or recurring donation from as low as US$5 to keep our site going! Donate securely below via Stripe, Paypal, Apple Pay or Google Wallet.
FacebookTwitter
SubscribeGoogleWhatsappPinterestDiggRedditStumbleuponVkWeiboPocketTumblrMailMeneameOdnoklassniki
Related ItemsemptyHwiyoungSF9
← Previous Story Jeon Hye Bin To Wed Non-Celebrity Boyfriend This Month
Next Story → ATEEZ Previews Precious Tracks Included In “Treasure Ep. Extra: Shift The Map (Remixx!)” Album