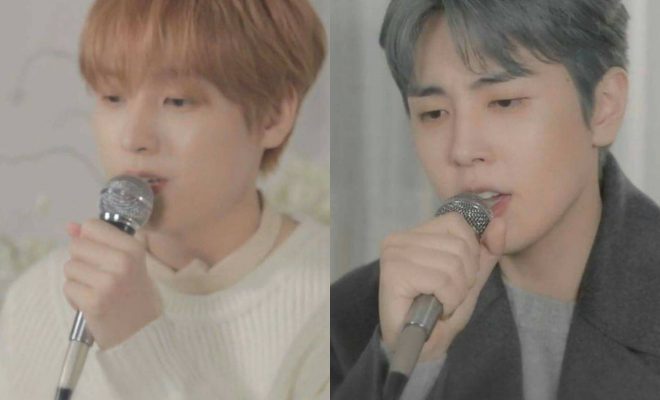 With their angelic voices, SF9’s Inseong and Jaeyoon had just made everyone hear what heaven sounds like.

The second release from SF9’s THE FANTASY PROJECT <FOR FANTASY> is here – and this time, it comes as a lovely cover from Inseong and Jaeyoon! 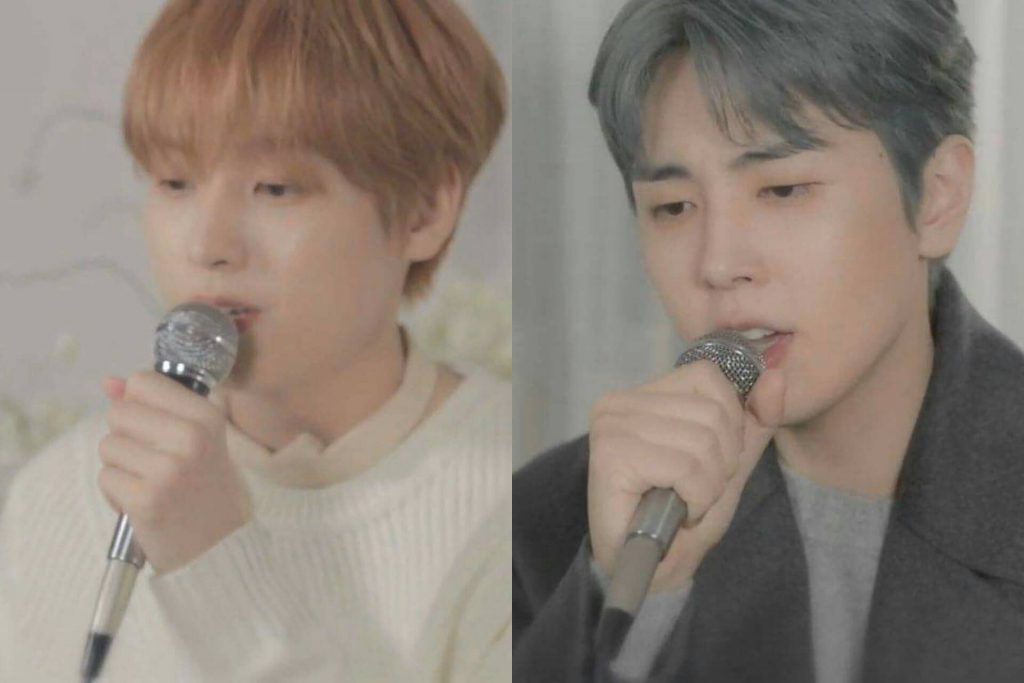 The two SF9 vocalists showed the world what “powerful vocals” actually are as they endowed the second part from their group’s special offering to fans titled THE FANTASY PROJECT <FOR FANTASY>! Unveiling their beautiful gift from the series on December 18, both singers teamed up for a beautiful rendition of HYNN’s heartbreaking song “The Lonely Bloom Stands Alone”.

Assuring a wonderful listening experience with their sweet voices, the two singers delivered each heart-wrenching line with raw emotions, matching with the sentiments of a forlorn lover as expressed in the lyrics. In fact, the way they sang even gave the same feeling as listening to a sad Korean drama OST playing during the dramatic parts of the story.

With Inseong’s naturally high tone complemented very well by Jaeyoon’s low tone, the two provided a very pleasing harmony as they sang with each other. It was also highly impressive to witness Inseong hit very high notes even while seated, as well as listen to how flexible Jaeyoon’s vocal range was as he also belted out high notes with his groupmate.

The two SF9 vocalists’ cover of “The Lonely Bloom Stands Alone” comes after Zuho kicked off the series with his self-produced track “With This One Song (literal translation)” on December 12, and it has made fans even more excited for what the rest of the group prepared for their THE FANTASY PROJECT <FOR FANTASY> series.

Check out the cover of HYNN’s “The Lonely Bloom Stands Alone” by SF9’s Inseong and Jaeyoon below:

READ: SF9’s Zuho Hopes To Show Fans They Are Never Alone In New Self-Produced Song For “THE FANTASY PROJECT [FOR FANTASY]”