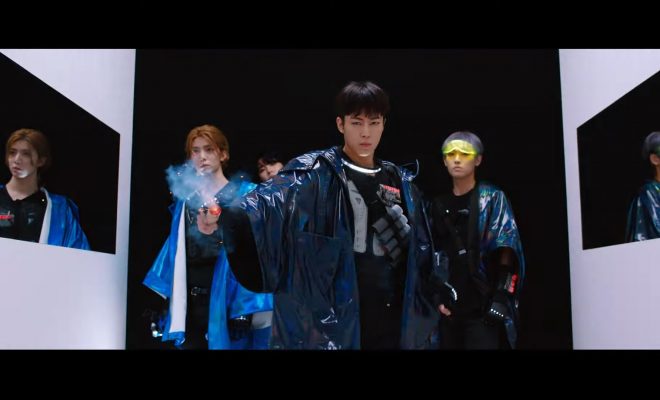 SF9 marked yet another electrifying and heart-racing comeback with “RPM”!

SF9 sends the hearts of Fantasies racing to a hundred beats per minute with their comeback track “RPM”!

The boy group made fans drop dead once again with their killer visuals, vocals, rap, and choreography as they return with their new album RPM‘s lead track of the same title! Released on June 17 at 6 PM KST, the song and its music video roared with power as it showcased how the group went hard on every aspect – proving they’re not playing when they said they wanted to deliver an A+ comeback.

Setting the intense mood right from its beginning, Youngbin, Chani, and Hwiyoung made jaws drop by how strongly yet smoothly they came in at the start.

READ: SF9 Brings The Excitement A Step Higher With Promotion Schedule For “RPM”

Hwiyoung also killed it with his rap verse, which went to show how the song aimed to put the spotlight on its intense raps.

The song itself, which Youngbin, Zuho, Taeyang, and Hwiyoung participated in writing, does focus on showing off a quick pace. In fact, its lyrics even talk about running as fast as one can to reach the person they love.

However, the group’s vocal prowess could have made a stronger presence in the song. SF9 actually has a great lineup of singers besides the constants in Rowoon and Taeyang, and Inseong could definitely show that he is more than just the person to rely on when belting high notes.

Nonetheless, “RPM” sounds like the older, more mature brother of “Fanfare” with its powerful rap verses and signature high note. Honestly, SF9 has more in store and more to give and what “RPM” does it set the baseline of what their signature music could look and sound like – which is definitely an all-in treat.

We need your support! If you have enjoyed our work, consider to support us with a one-time or recurring donation from as low as $5 to keep our site going! Donate securely below via Stripe, Paypal, Apple Pay or Google Wallet.
FacebookTwitter
SubscribeGoogleWhatsappPinterestDiggRedditStumbleuponVkWeiboPocketTumblrMailMeneameOdnoklassniki
Related ItemsFNC EntertainmentSF9sf9 rpm
← Previous Story BLACKPINK’s Jennie and Red Velvet’s Irene Impressively Lead Brand Reputation Rankings Among Girl Group Members In June
Next Story → BTS Named As “Global Phenoms” By 2019 ARDYs Through Newest Award