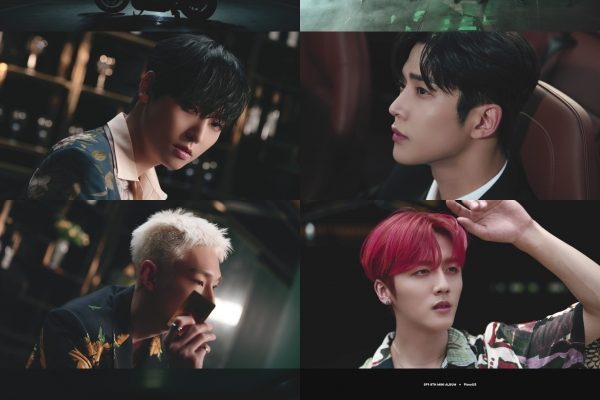 SF9 invited fans to an intense and intriguing place for the newest sneak peek to their exciting summer comeback! 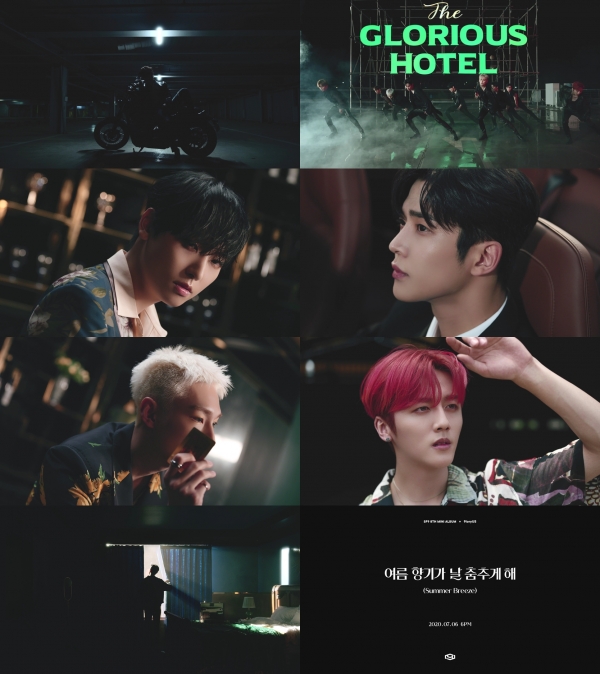 On July 3, the boy group shared another suspense-filled sneak peek to their nearing comeback this July 6 with another preview of their newest song and its music video.

In the teaser, SF9 decorated the set with various luxurious props such as motorcycles and convertible cars.

Amidst a dark backdrop lit up by a neon sign that said “THE GLORIOUS HOTEL”, the group showed off their flawless synchronization through the riveting choreography sneak peek for “Summer Breeze”. The video then ended as the bright light that was shining on the members gradually darkened, which raised fans’ curiosity even more.

In addition to this visual treat, SF9 also gave FANTASY a quick listen to the melody of “Summer Breeze”. “Summer Breeze” is a house genre song which contains a free-spirited summer mood. Through it, the group will showcase their energetic vocals along with acoustic guitars and trendy synth sounds to make a perfect summer music package.

Hellokpop, as an independent Korean entertainment news website (without influence from any agency or corporation), we need your support! If you have enjoyed our work, consider to support us with a one-time or recurring donation from as low as US$5 to keep our site going! Donate securely below via Stripe, Paypal, Apple Pay or Google Wallet.
FacebookTwitter
SubscribeGoogleWhatsappPinterestDiggRedditStumbleuponVkWeiboPocketTumblrMailMeneameOdnoklassniki
Related Items9loryUSSF9Summer Breeze
← Previous Story TWICE’s “MORE & MORE” Becomes Highest-Selling Girl Group Album On Gaon Chart
Next Story → Lee Seok Hoon Schedules July Comeback With An Emotional Single