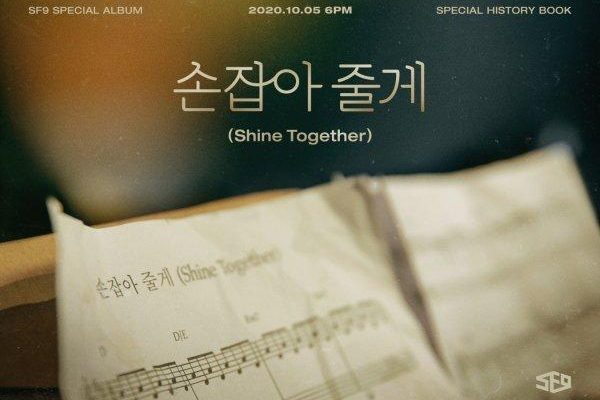 SF9 will mark their 4th debut anniversary even more memorable by giving fans a special treat!

In celebration of their fruitful fourth debut anniversary, SF9 will be releasing a special album on October 5, the exact date when the group has debuted. 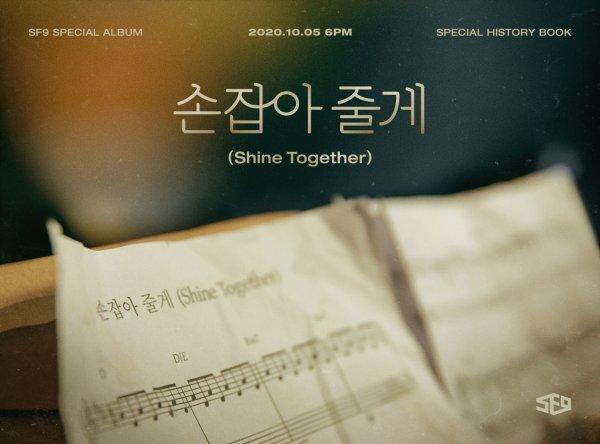 On September 28, FNC Entertainment unveiled a poster carrying the title track “Shine Together”. Showing a backdrop of a music sheet, the teaser itself hints a warm and emotional song that is wholeheartedly dedicated to their fans.

The release of the album is part of SF9’s fourth anniversary project, “FANTASY RACE”, which aims to commemorate SF9’s four successful years in the industry. Through that endeavor, they will also show gratitude to their loyal fans, FANTASY, who shows an unceasing support and love for SF9, and who has always been the source of strength for the nine boys.

SF9’s special album Special History Book has a total of three songs, including the track dedicated to their fans, “Shine Together”.

Preorders opens on September 28 via online music stores. They will release all tracks and its music video on major music platforms on October 5.