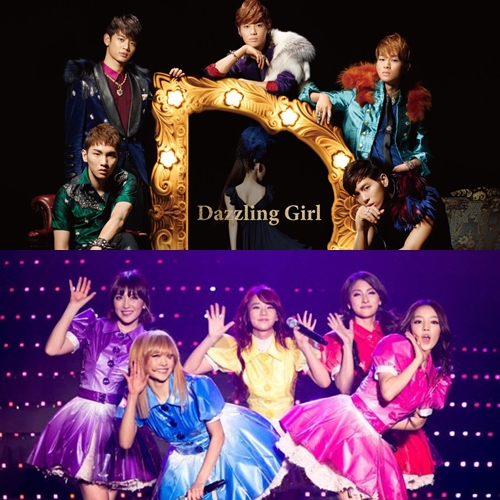 Idol groups SHINee and KARA have achieved the Golden Disk in Japan for their eminent work in accumulating a large amount of album sales. The Recording Industry Association of Japan unveiled the news on November 12 to congratulate the two groups.

SHINee successfully released its latest single Dazzling Girl on October 10 and the group achieved second place on the Oricon Weekly Chart for selling 97,111 copies of the album. The single was produced by Jeff Miyahara who is known to have worked on an album for the Japanese group JUJU.

KARA also received a positive response from the public upon releasing Electric Boy on October 17. 57,942 album were sold within the first week of release and 100,000 copies of the album were sold altogether. The group achieved second place on the Oricon Weekly Chart one week after SHINee.