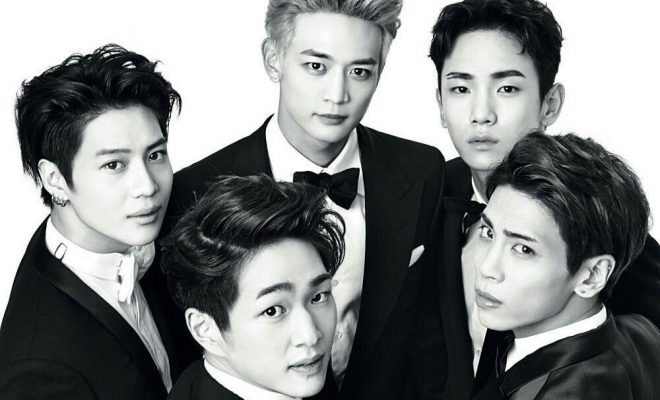 Ten years ago today, Onew, Key, Jong Hyun, Minho, and Taemin came together to become SHINee, the shining stars of  SM Entertainment and the K-Pop world.

They are trendsetters of K-Pop who impressed with their musicality and personality.

They were the formidable boy group who overcame the seven-year curse and stayed together.

Still, the road, as always, was never smooth. The boy group had its fair share of downs but Onew, Key, Jong Hyun, Minho, and Taemin managed to move forward.

They kept moving forward and showed their strength, not only as a group, but more so as individuals.

They are family, the members said in their recent interview — a declaration proven by time and trying moments.

Before March 28 comes and the world says SHINee’s back with The Story of Light, we, together with Shawols and SM artists all over the world, celebrate the boy group’s ten shining years together in this compilation of well-wishes, sweet memories, and love.

?2018.05.25.
Happy 10th Anniversary, dear shining #SHINee! ✨
We are so grateful that we could share the amazing past 10 years together
And SMTOWN will always support SHINee’s bright future and their upcoming album ‘#SHINee_TheStoryofLight’ as well❤#SHINee10thAnniversary pic.twitter.com/L2Agm9FK9h

“I hope SHINee who I like will shine even more in the future.” 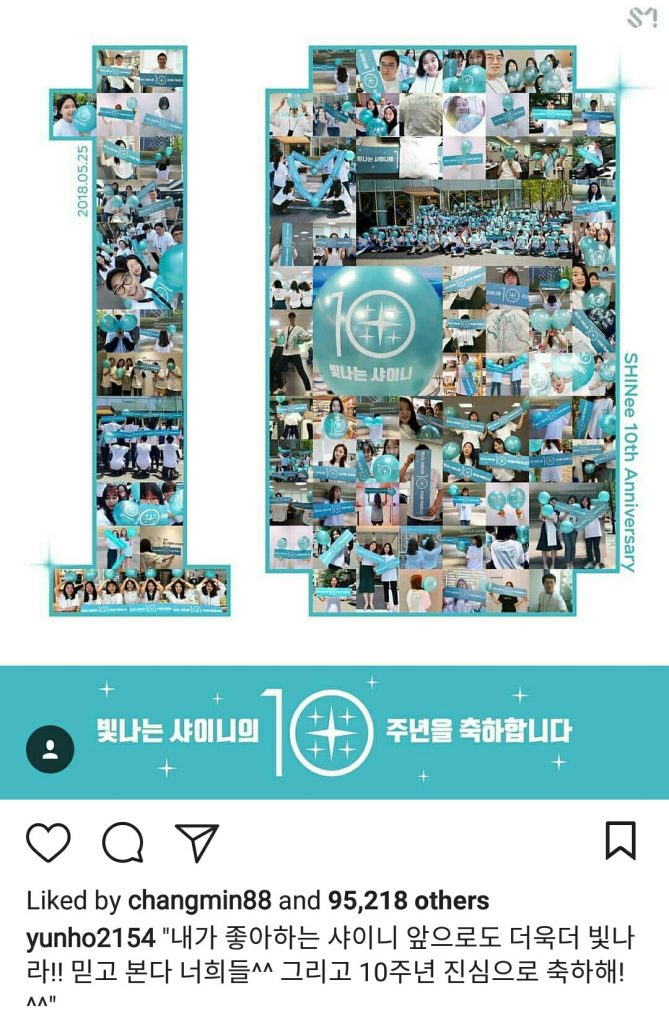 “I’ll always cheer and support you guys, my shining SHINee.” 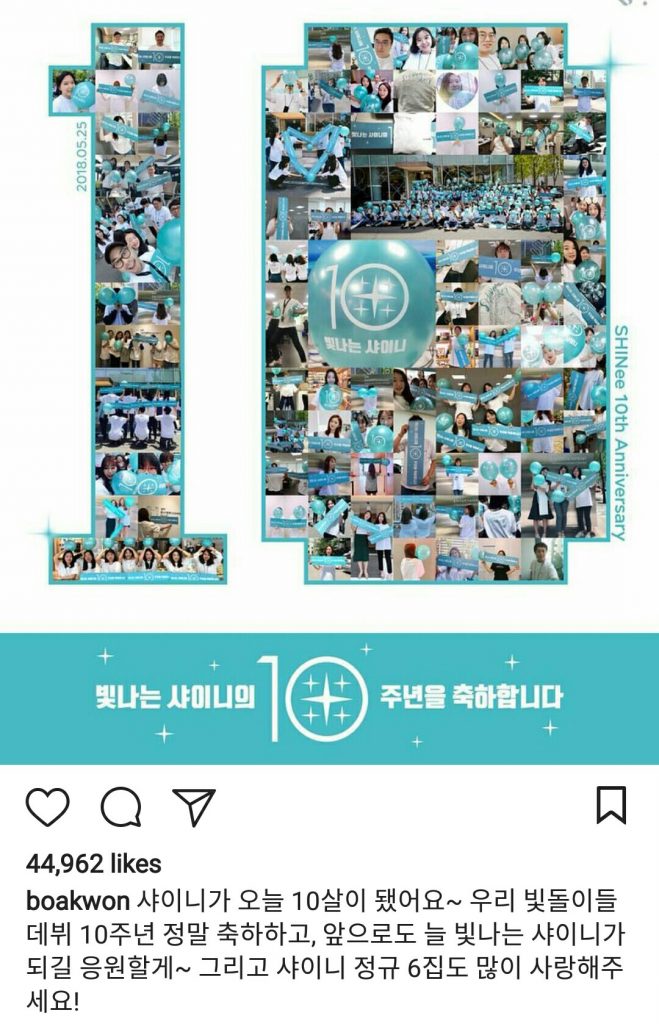 “To the group that’s celebrating their 10th anniversary!” 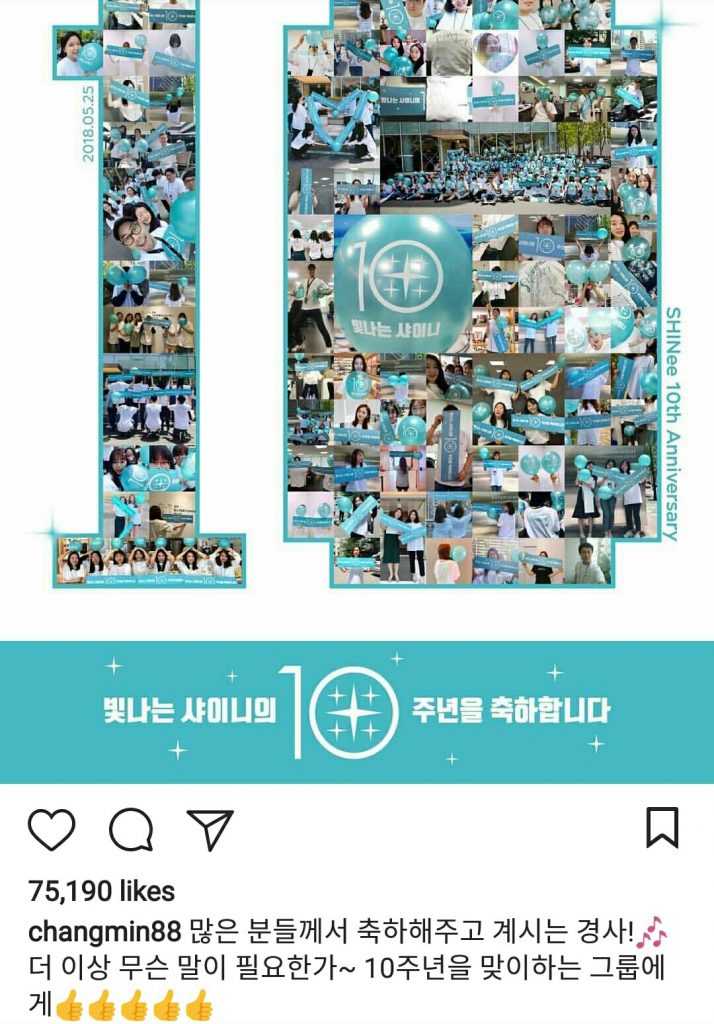 “I will always support SHINee.”

“Let’s walk on together from now on.” 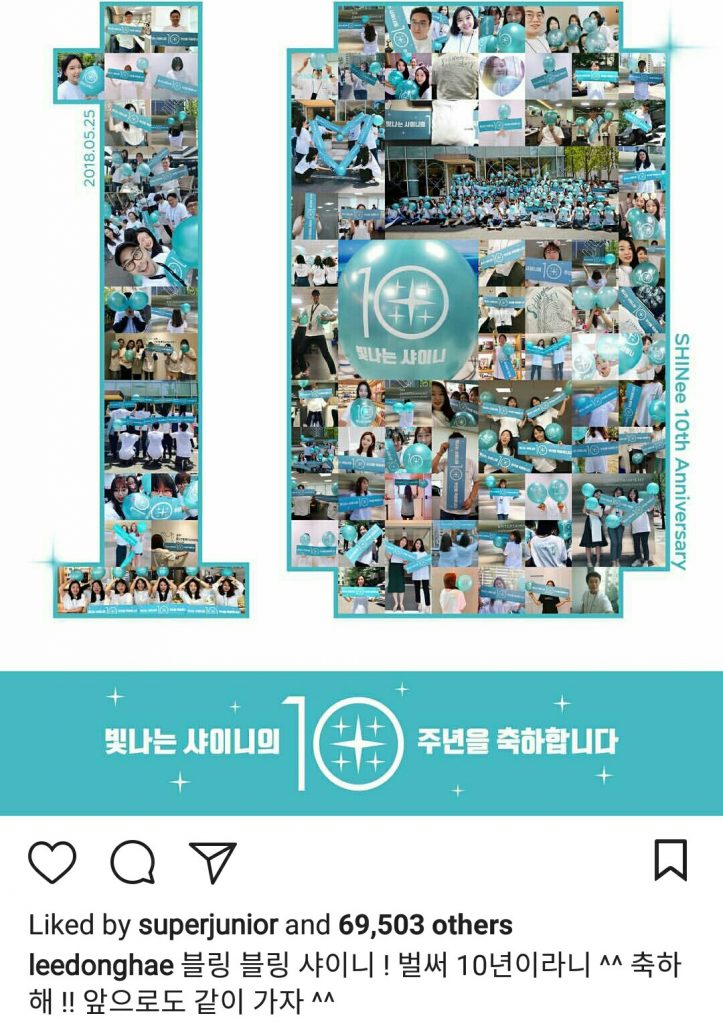 “They’ve created their own success stories.”

Since debut, they've received lots of love for its unique music color & fresh attempts, they've created their own success stories so this 10th anniv has a more special meaning. pic.twitter.com/HuuPEUHTNn

“How proud is their family of them.”

10 years ago, today, five ordinary boys who only want to reach their dream to be a singer started their journey. look how happy their faces, how proud their family of them ♡#SHINee10thAnniversary pic.twitter.com/qwxpzEAD4V

“Always be with you.”

“I wish that even in the future, we’ll continue to be together.”

“today, because we are all together, i can feel your love for me. so thank you very much. i wish that even in the future, we’ll continue to be together. together with all the (shinee) members too.” #SHINee10thAnniversary#SHINeeisBACK #SHINee_TheStoryofLight pic.twitter.com/sQcr7lhusD

“Thank you for showing me what love is.”

10 years is a long time and it wasn’t an easy road either. Through Japan debut, solo debut, hiatuses, injuries & many other things, 5 of you stuck together through thick and thin and I, as a fan, can’t be more thankful for that. Thank you for showing me what love is. I love you. pic.twitter.com/fWaASIziYt

“Thank you for existing.”

“I love you and thank you.”

“The moment when SHINee and Shawols greeted each other will always remain one of my favorite things.”

The moment where SHINee and shawols greeted each other will always remain one of my favorite things #SHINee10thAnniversary #SHINee_TheStoryofLight pic.twitter.com/KuKEk6PHw6

“They still chose to be together and support each other.”

some groups parted ways to pursue something for their own good, while SHINee, despite trying and pursuing other things, they still choose to be together and support each other. For the past 10 yrs they showed us nothing but how strong family they are. ??#SHINee10thAnniversary pic.twitter.com/8lwQJOaLxW

Ten years ago today, Onew, Key, Jonghyun, Minho, and Taemin debuted as #SHINee through the release of "Replay".

Congratulate SHINee as they celebrate 10 shining years together.