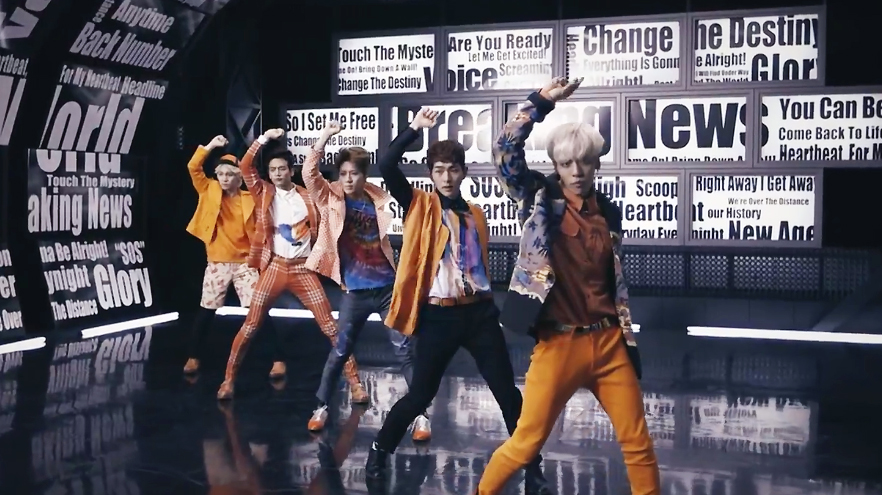 SHINee, who are ready to make waves in the Japanese music industry once more with their newest, yet-to-be-released Japanese album Boys Meet U, have decided to unveil a short PV for Breaking News via Universal Music Japan‘s YouTube channel prior to the album release!

The song is part of the album’s tracklist, which will be officially released on June 26.

While waiting for the upcoming album, check out SHINee’s minute-long PV below!

Hellokpop, as an independent Korean entertainment news website (without influence from any agency or corporation), we need your support! If you have enjoyed our work, consider to support us with a one-time or recurring donation from as low as US$5 to keep our site going! Donate securely below via Stripe, Paypal, Apple Pay or Google Wallet.
FacebookTwitter
SubscribeGoogleWhatsappPinterestDiggRedditStumbleuponVkWeiboPocketTumblrMailMeneameOdnoklassniki
Related ItemsBoys Meet UBreaking NewsJ-popmusic videoPVSHINeeUniversal Music Japanvideo
← Previous Story SHINee releases ‘Green Rain’ MV for ‘Queen’s Classroom’ OST
Next Story → EXO are number one on Hong Kong’s HMV Charts