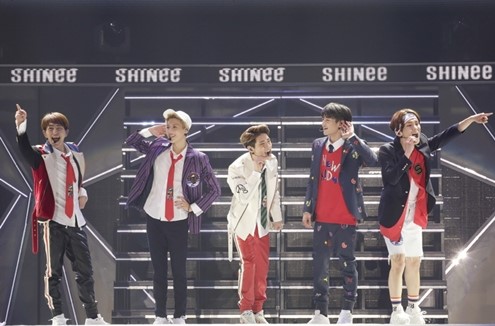 The boys kicked off the tour in Fukuoka on January 30 and 31. They are set to meet fans for 20 times in 9 cities of the country. The tour is expected to draw 350,000 fans and bring over 1 million cumulative audiences in total.

In Fukuoka, the quintet performed their new track DXDX, and some previous hits; 3,2,1, Your Number, Lucifer, Married to the Music, captivating fans with their live skills and powerful renditions.

The next concert will be held at Sun Dome Fukui in Fukui, Japan on February 6.