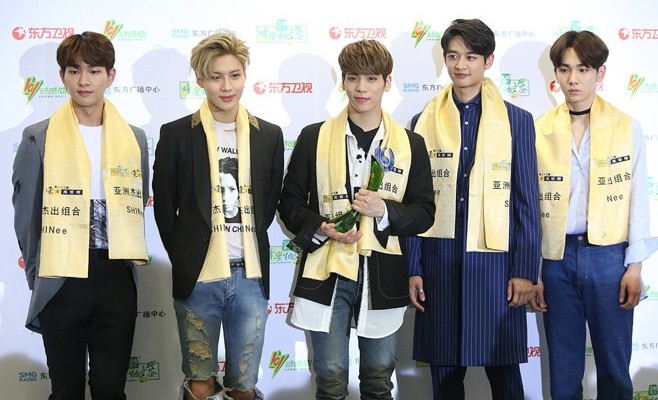 Established in 1994, the 23rd DongFang Music Awards ceremony is one of the most prestigious ceremonies in China. It honors prominent artists for their outstanding achievements.

This year, the event gathered many local celebrities, including Chinese singer Zhou Bichang, Hong Kong’s G.E.M and girl group SNH48. SHINee was the only Korean boyband invited to appear for the ceremony.

Winning the ‘Asia’s Best Group’ award is a testimony of SHINee’s hard work. It also expresses the boy band’s immense popularity in China.

The quintet also took the opportunity to perform their single dubbed View, while member Taemin showcased his latest solo track title, Press Your Time,  for the first time in China. 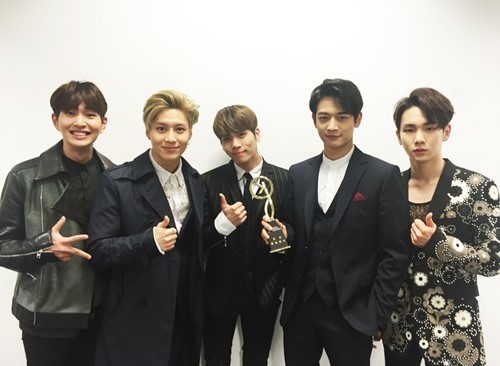 Meanwhile, SHINee also won the trophy for ‘Best Asian Group’ award at the 2nd Kugou Asian Music Award on Tuesday. The boys expressed deep gratitude to their beloved fans, saying: “Thank you for inviting us to KU Asia Music Award and giving us a nice award. Also, thank to our Chinese fans who supports us. Once again, thank you and love you.”