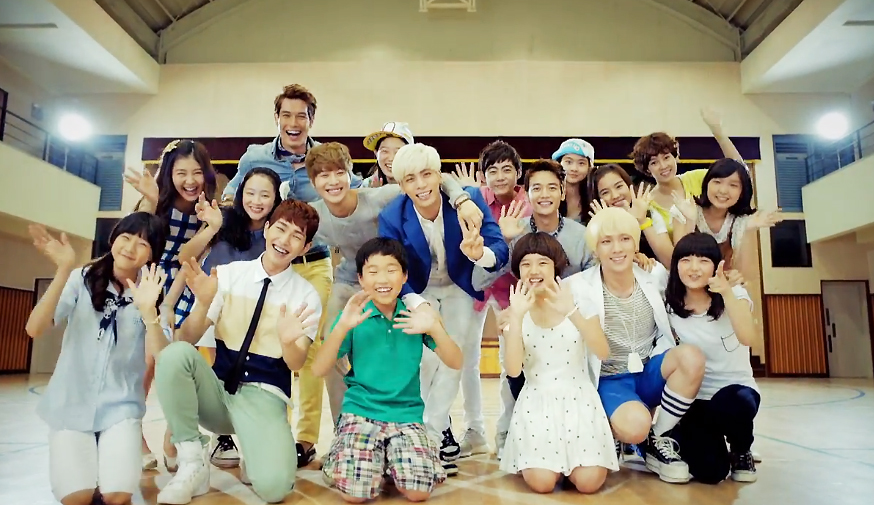 SHINee, who had previously released a MV teaser for its OST soundtrack Green Rain for MBC’s drama, Queen’s Classroom, dropped the official music video for the song on June 20 at the end of episode 4 of the Wednesday and Thursday prime-time drama.

The music video not only incorporates scenes of the drama, but also footage of the SHINee boys dancing and having fun in an auditorium along with the cast members, such as the adult actor Ricky Kim and child stars Kim Hyang Gi and Chun Bo Geun among others.

Watch the fun yet energetic music video below: