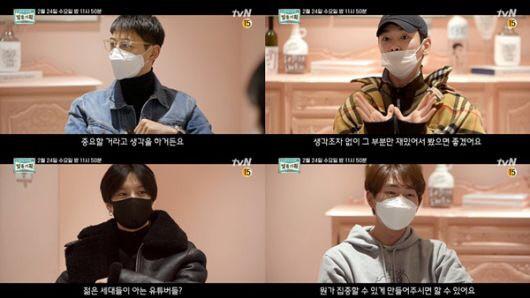 SHINee To Delight Fans With Nearing Launch Of Own Variety Show

SHINee is really more than ready to treat fans with various content!

K-pop legendary boy group SHINee preps up to make their grand comeback more special to their fans as they are set to return with their very own variety show titled SHINee Inc.

Through the brand-new program, Onew, Key, Minho, and Taemin will unveil never-before-seen clips and premiere the performance for their new track which they personally planned.

In the recently released first teaser, Key said, “I hope the viewers have fun without even thinking that only us are in the show.” Onew also expressed his excitement towards the project by saying to the staff, “If you make us focus on something, we can do it.”

For Taemin, he’d like to take the opportunity to partner with other internet personalities. “I think it’d be good to collaborate, maybe with YouTubers, who are famous among the younger generations,” he said.

Showing his enthusiasm and unrivaled passion, Minho shared, “To be honest, I’m confident. When I’m told to do something, even if it’s an impossible mission, I’ll think, ‘It seems like it will work. I’ll try it just one more time.’”

The production staff revealed, “We want to show the unique charm of SHINee members who have reached their 14th year of debut with a fresh look and composition. As the members participated in the program, endless laughter and ideas emerged from the meeting.”

Watch the fun-filled teaser for SHINee Inc. below: