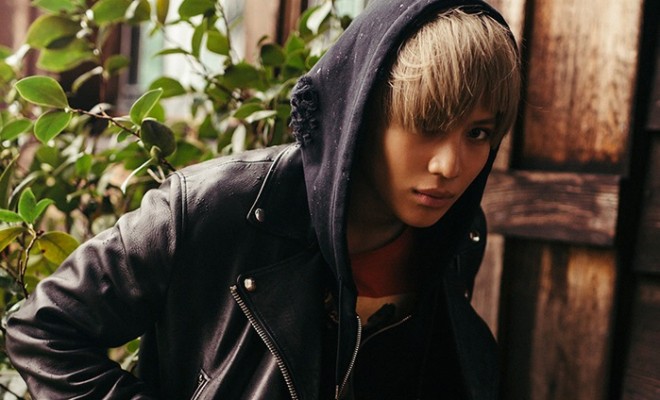 The wait is over – SHINee’s Taemin has finally made his comeback as a solo artist with ‘Press Your Number’!

In the dramatic music video, Taemin takes on the role of a bad-boy, who robs a grocery store at gun-point and even gets chased by the authorities. He is also left abandoned and bound in the middle of nowhere, and a trail of blue roses follows him no matter where he goes.

The urban pop dance track is produced by Bruno Mars and The Stereotypes, and the lyrics of Press Your Number expresses the sorrowful heart of a man waiting for his loved one. Taemin’s first full-length album, Press It, was released soon after the MV as well.

A day before the album’s release, Taemin held a comeback showcase where he performed a medley of songs from Press It. Through the showcase, he revealed that his favorite track off the album was Drip Drop, as the song is in a style that he could wear more naturally. Taemin also shared his hopes that his music can be a source of energy to listeners too.

Prepare to be thrilled by all the twists and turns in Taemin’s new MV below: