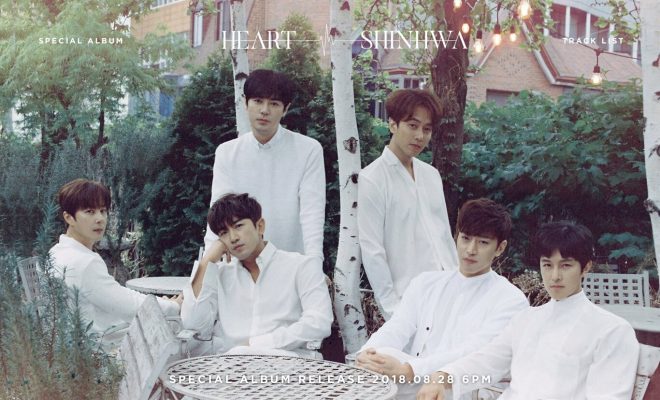 Shinhwa is returning with an extra special album this month!

Legendary boy group Shinhwa continues the big-scale celebration of its 20th anniversary with a special album out this month.

Eric, Minwoo, Andy, Jun Jin, Dongwan, and Hyesung will release the special album, Heart, on August 28 as part of Shinhwa Twenty All Your 2018. 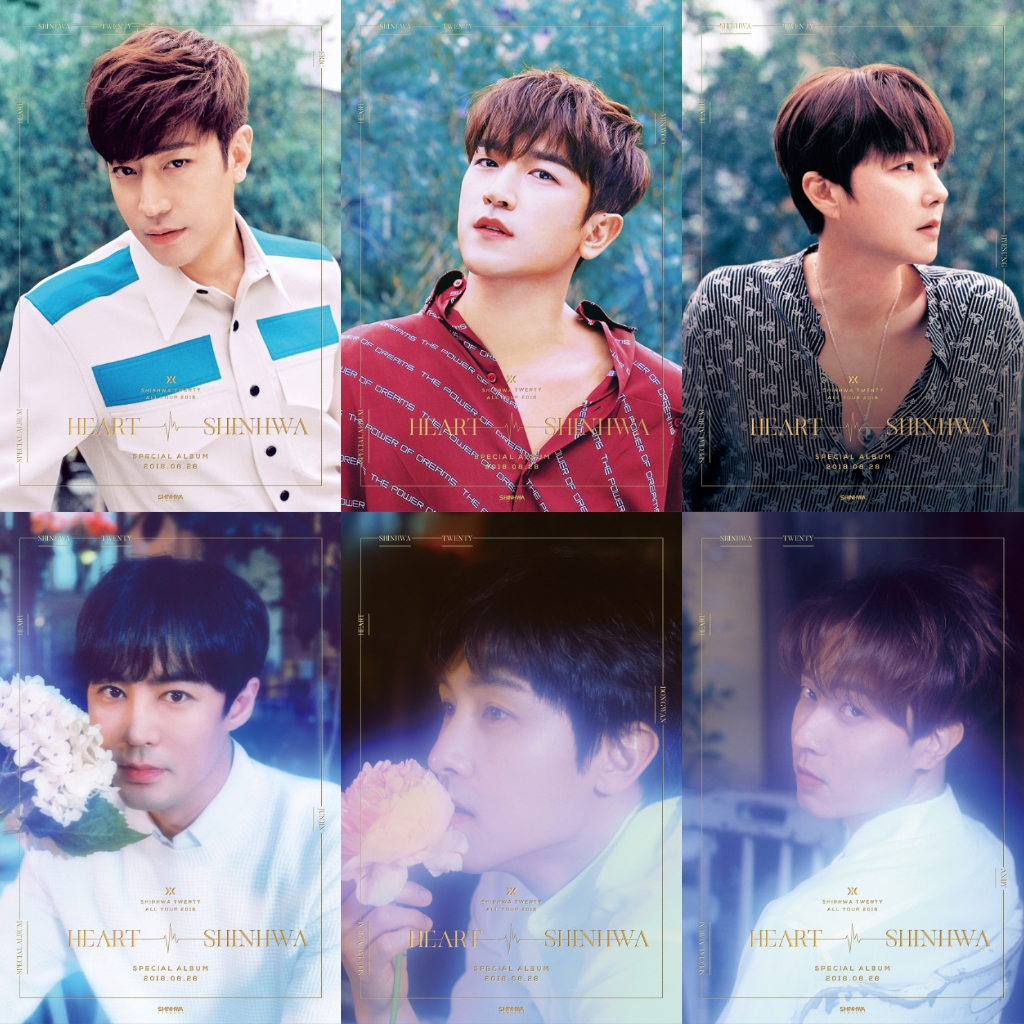 Read: The Legend Continues For Shinhwa After 20 Years, Wish To Perform Together Even When They Turn 60

The album will contain six tracks with “Kiss Me Like That” as the lead single.

Moreover, the boy group will feature singer-rapper Yoon Mi Rae in the song, “In the Air”.

PENTAGON’s Hui, who has displayed his songwriting and composing skills in various occasions, will also lend his expertise to his seniors through the track, “Don’t Leave Me”. Hui helped pen and compose the song along with MosPick’s ZeroZine and 예아나이스.

The three other songs included in the album are “Level”, “Here I Come”, and “L.U.V”. 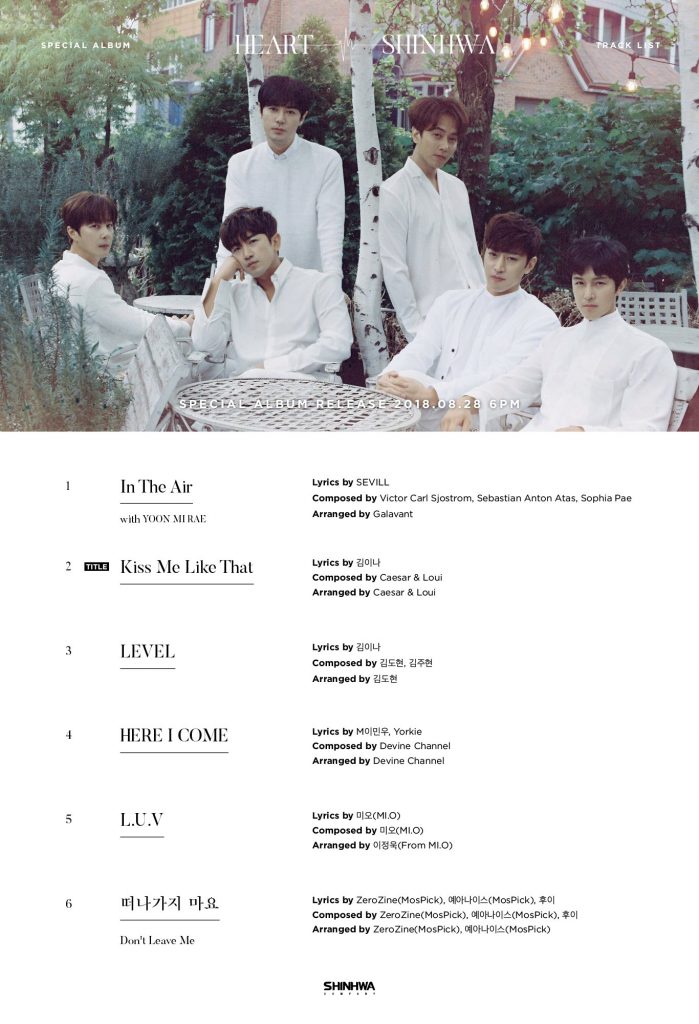 Shinhwa began teasing fans of its upcoming return on July 30 through a photo of a heart rate and the words, “Coming Soon”.

The following day, the release date of the album and the dates of Heart Tour in Seoul were unveiled.

On August 7, individual concept photos of the members were released.

Aside from the album, fans of the legendary boy group can also look forward to the 2018 Shinhwa 20th Anniversary Concert “Heart” Tour in Seoul on October 6 and 7 at the Olympic Gymnastics Arena. 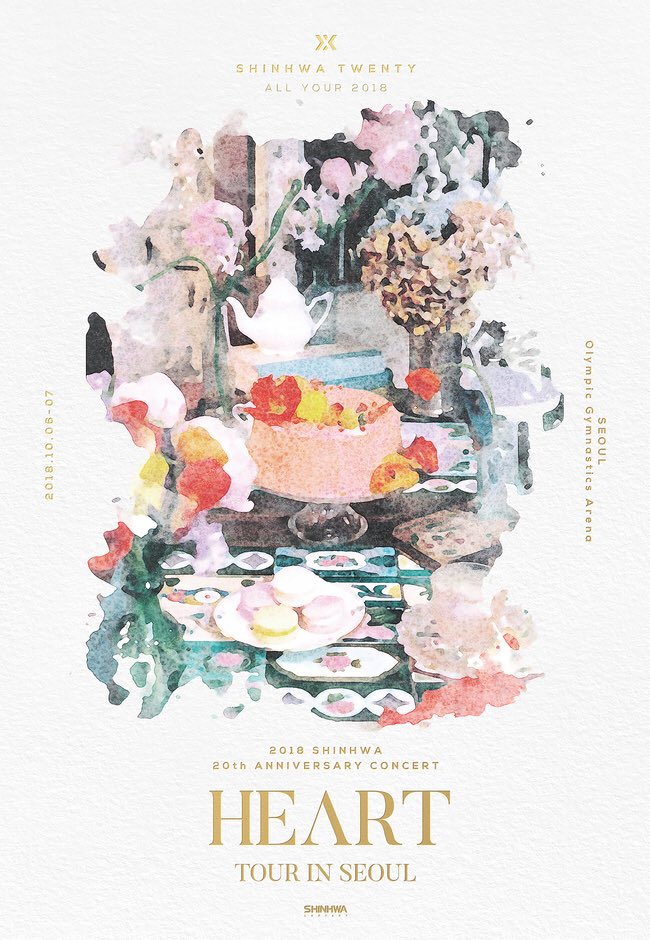