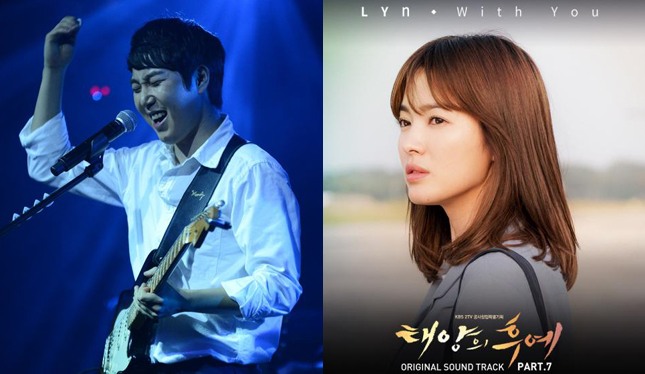 Within 24 hours, he swiftly took over the local charts.

Jang Beom June’s second album, titled ‘Jang Beom June Vol.2′, took the local charts by storm. Within 24 hours of release, his new album has swept many local charts, taking over the domination of hit drama ‘Descendants of the Sun’ OSTs, including With You (Lyn), Talk Love (K.Will) and You Are My Everything (Gummy).

The album contains two songs, namely To the Rain and You Fell in Love. It took the first spot on Bugs, Mnet, Soribada, Olleh Music, Monkey3, MelOn, Genie and Naver Music charts.

Jang Beom June is known as the runner-up of Mnet music competition program ‘Super Star K’, as well as the vocalist of the popular trio Busker Busker. The boy band gathered huge attention with their mega-hit, titled Cherry Blossom Ending, which was released in 2012.

Listen to Jang Beom June singing To The Rain below:

94
SHARES
FacebookTwitter
SubscribeGoogleWhatsappPinterestDiggRedditStumbleuponVkWeiboPocketTumblrMailMeneameOdnoklassniki
Related ItemsBusker BuskerCherry Blossom EndingDescendants of the SunGummyInto the RainJang Beom JuneK-WillLynTalk LoveYou Are My EverythingYou Fell in Love
← Previous Story B.A.P To Hold Free Event In Japan
Next Story → Block B Takes Over ‘Descendants Of The Sun’ OSTs On Charts