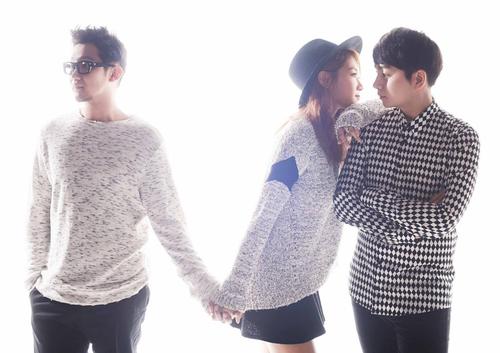 SISTAR’s Soyou and Urban Zakapa sing about “The Space Between”

SISTAR’s Soyou has recently released a single in collaboration with Kwon Soonil and Park Yongin of R&B trio Urban Zakapa.

The song titled The Space Between contains a beautiful melody, accompanied by Soyou, Soonil and Yongin’s soothing and calm voices.

The music video features Ahn Jae Hyun and Nam Bo Ra, the two talented actors whom you may have seen from the television dramas ‘My Love From Another Star’ and ‘The Moon That Embraces The Sun’. Both actors show their brilliant chemistry in the music video about a girl and boy telling each other to show some space.

If you haven’t heard Soyou’s previous collaborations, we have listed a few below. Don’t hesitate to tell us which you like best.