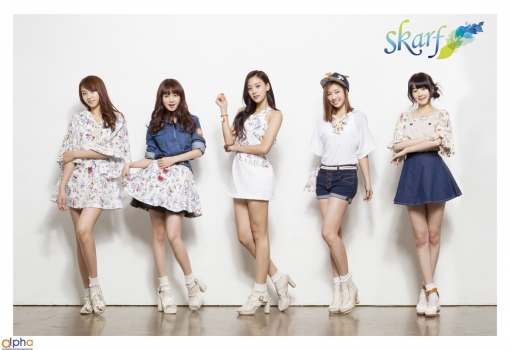 Skarf to return as a group of five

Korean-Singaporean girl group Skarf will be returning after reorganizing the members of the group. As original member Sol left the four-member group, Joo A and Hana were added to create a new five-member group.

On December 28, Skarf’s new photo was released with the new members. The image is very young and bright. Tasha, Ferlyn and Jenny‘s appearances have become more mature since their last activity. It is said that the new member Joo A will be taking the main vocalist position in the group due to her outstanding vocal skills.

“We were saddened that Sol will not be continuing with us due to personal issues but with the addition of two new members Joo A and Hana, the team has become even more livelier.”

The newly arranged group will be holding a year-end performance in Singapore, which will be its first appearance after the member changes. Furthermore, the girls are scheduled to make a comeback in February in Korea.