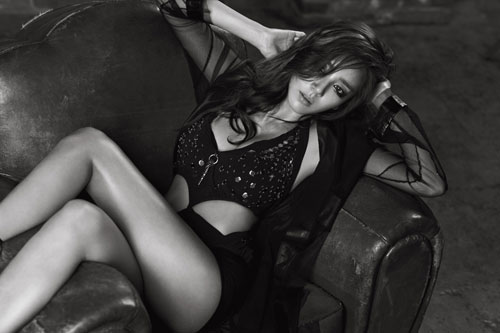 With charismatic performances, she is well known as the ‘diva’, Son Dambi will be making comeback soon.

The teaser video flowed with tense sounds, it felt like watching a thriller movie. Following the tense sound effects, a emotional piano melody came and allowed viewers to look forward to a dramatic performance. Image-wise, she has changed to blonde hair, the challenge she took is leaving netizens and fans at curiosity.

Fans who watched the teaser video said, “she’s showing her acting skills she learned from dramas in her music videos now.”, “Son Dambi’s eyes are as sensual as her body.”, “It was a short clip but there’s a tense feeling to it.”, “I’m looking forward to what kind of performance she will have this time.”

Son Dambi’s agency, Pledis Entertainment’s Jung Haechang stated, “for the best quality, the producing team and Son Dambi too worked hard on each clip. There’s an emotional story with a melody that you will not be able to take your eyes away from when you watch the music video.

On November 12, Son Dambi’s latest release since 2 years ago will be released along with the full version of the music video.

Check out the teaser here: