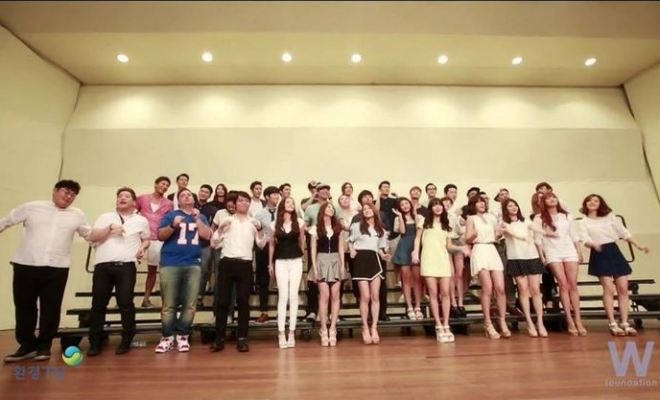 On the 11th of October, an international relief organisation called Wisdom For Future Foundation (W-Foundation) came together with an environmental  television  broadcaster to create a public campaign.

The public campaign that the W-Foundation released was a music video of a song called Talk About Love. This song was written to be a second Korean edition of the project album ‘We Are The World’ that had contributions from singers Michael Jackson, Stevie Wonder, Ray Charles and other super stars, about 30 years ago.

The song was composed by producer Yoon Il Sang, and the total profit made from the song will be donated to help the climate refugees of Africa, Tanzania and Malawi.

Lee Wook, the current board president of W-Foundation said: “Now the sponsors aren’t really reacting to the hungry looks of children, but they are connecting to what interests them: a public profit.” He continued: “We’ll be making more emotional and fun public campaigns in the future.”

The song is now available on music charts like Melon and Bugs, so make sure to contribute and buy the song.

Watch and listen to the heart warming song below. See if you can spot all your favourite celebrities!

The W-Foundation’s first campaign video was also similar to the second as it had support from about 60 celebrities. The song If Love Earth, Take Action helped strongly towards the growth of the W-Foundation. Many big companies like Mahindra Group, Scheider Electric Korea, and SK Planet all became sponsors after watching the video that was put onto YouTube. After the growth of the W-Foundation, many celebrities also became honorary ambassadors. Currently there are over 200 celebrities that have been appointed honorary ambassador.

Since the first campaign, funding went up to 40 million. Recently, funding hit  90 million.

Translations made by Angela Jiyun Kim