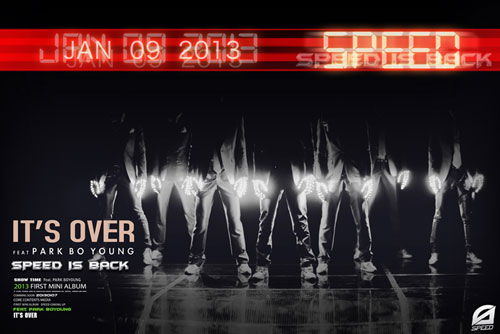 SPEED has revealed their 2nd teaser image. The actress Park Boyoung who has been receiving unending love through the movie A Werewolf Boy, has transformed into a femme fatal for the appearance in SPEED’s new music.

In the second teaser image, it shows the seven members of SPEED standing in a silhouette. It is said that It’s OVER will be revealed on January 9th of 2013 and is continuing to raise the curiosity of the public.

SPEED is  made up of members of the band Co-Ed School (Taeun, Jungwoo, Sungmin) and 4 new members Jong-guk, Se-jun, Yoo-hwan, Tae-ha to complete the seven-member band. The female members of Co-Ed School (Sumi, Chanmi, Hyoyoung, Hyewon and Eunhyo) have been active in their group Five Dolls and revealed that Sumi left the group in February and added a new member, Han Nayoung.

Another celebrity fact is that the leader of SPEED Taeun, is the older brother of the active rising group Block B‘s rapper Zico and is confidently showing off his own rapping skills as well. Jong-guk was also part of Super Star K’s program and showed his vocal skills and received compliments from the judges of the audition program.

With the help of Park Bo Young and Shinsadong Tiger, SPEED will be releasing their first mini album teaser video on December 17th. 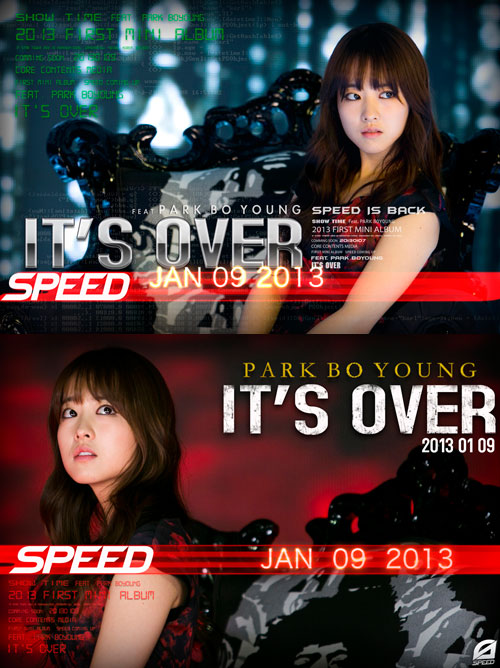