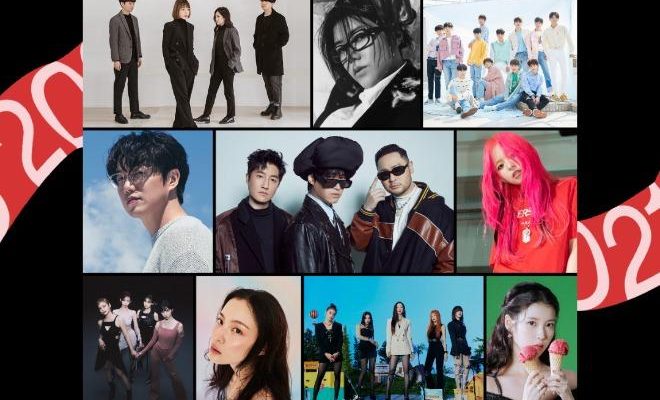 The audio streaming platform has listed the most streamed songs within the K-Pop Hub playlists.

Spotify, with its yearly campaign Wrapped, has released the most listened to tracks of 2021 in their curated playlists. The top songs are based on the listening data from January 1, 2021 to November 26, 2021. 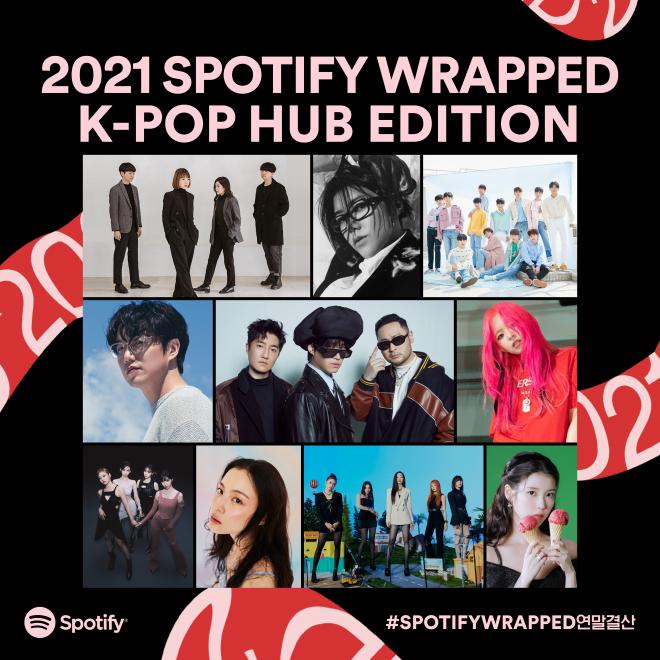 K-Pop Hub was launched in 2015 and since then, Spotify has offered an extensive collection of varied Korean playlists to which its global audience has access. The genres include K-Pop, OST, R&B, hip-hop, and indie, showcasing the diversity of Korean music. K-Pop Daebak with 330 million followers, Korean OSTs, TrenChill K-R&B, K-HIP-HOP +82, and In The K-Indie, are some of the major playlists that represent these genres.

Top Artist in Each Playlist

Based on K-Pop Hub‘s listening data, SM Entertainment’s newest girl group, aespa, topped the K-Pop Daebak list with “Next Level”. Meanwhile, Red Velvet owned the Korean OSTs with their track “Future”, an official soundtrack from tvN series Start Up. Showing dominance in the K-HIP-HOP +82 playlist is  “Rosario” by Epik High while “For You” by Lee Hi and Crush ruled the TrenChill K-R&B list.

The collaboration track of So!YoON! from the band Se So Neon and Thai artist Phum Viphurit, titled “Wings”, emerged as the most-streamed song In The K-Indie playlist. Topping the Korean rock genre playlist Cool K’IDs Rock is IU’s “Eight (Prod.&Feat. SUGA of BTS)“. “Care” by artist Saseon excelled in the Jazzy Korea list as “And we go” by Sung Si Kyung took the top spot in the K-Pop Ballad Hits list.

Making their mark as one of the artists to watch out for is YG Entertainment’s youngest group, TREASURE. Their song “MY TREASURE” recorded the highest number of streams in the RADAR Korea playlist. RADAR Korea introduces promising new artists and their music. The Fresh Finds Korea showcases undiscovered indie talents and Yongyong’s “Rain Star *:・ﾟ” excelled in this playlist.

Kossy Ng, Head of Music for Asia at Spotify said, “Spotify has continued to make efforts to not only support the global reach of K-pop but also raise global awareness of the ever-diverse Korean music and artist scene”. She continued, “We will continue to widen our global bridge, connecting more Korean artists to fans and more listeners – with the potential to reach over 381 million listeners across 184 countries, worldwide.” 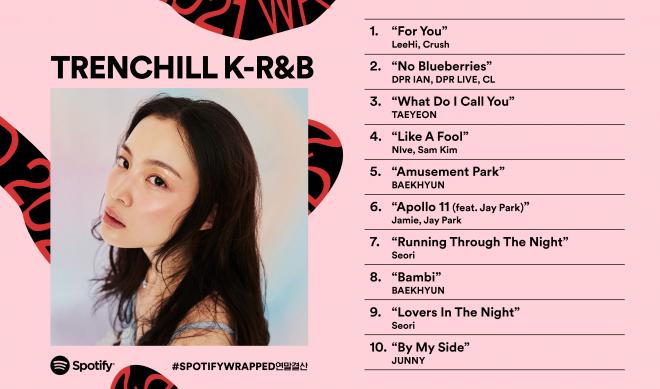 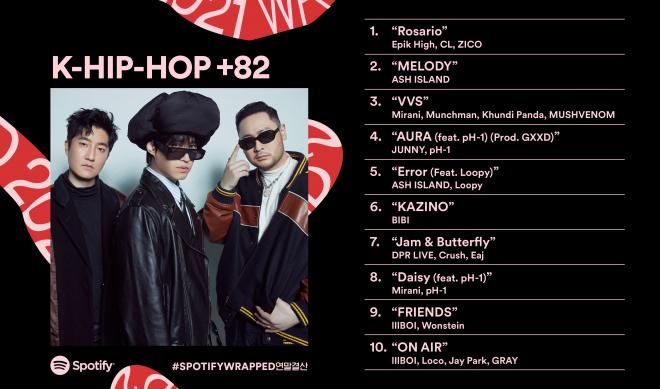 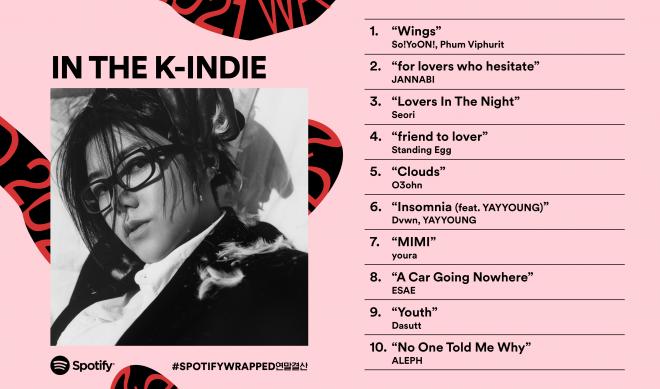 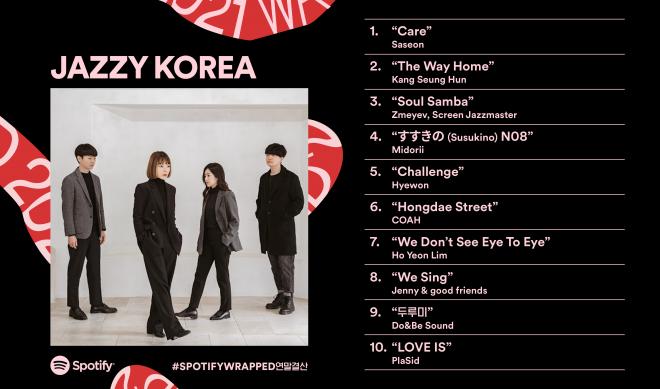 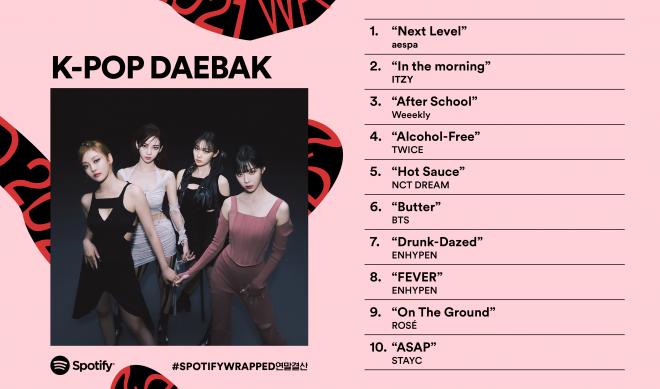 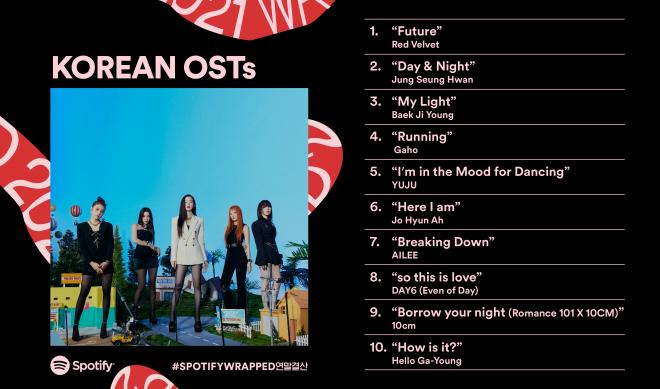 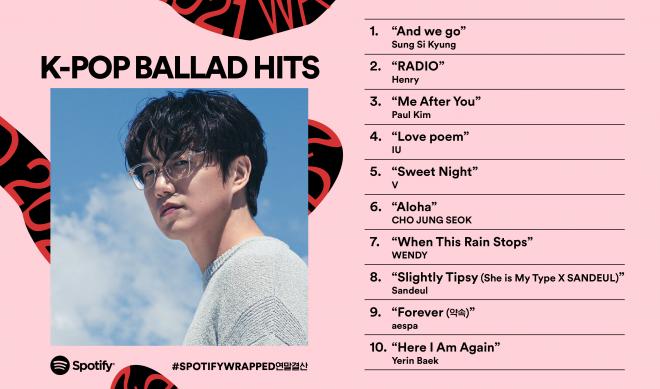 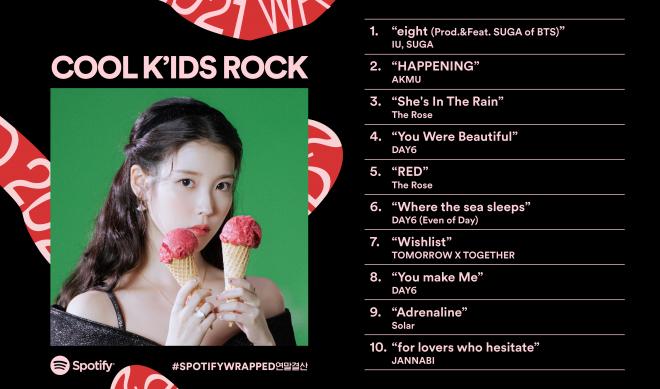 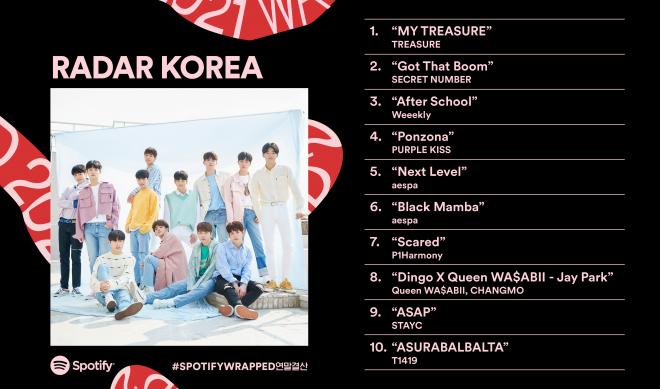 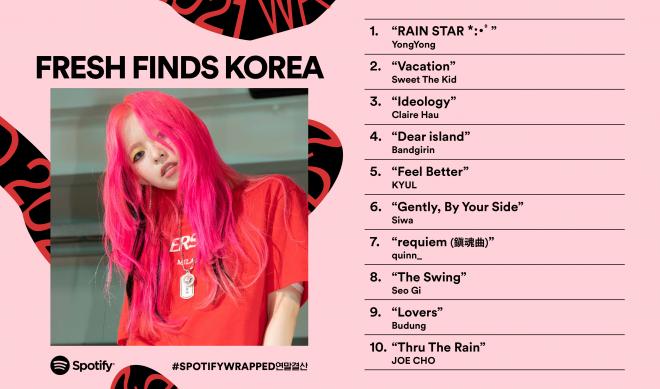