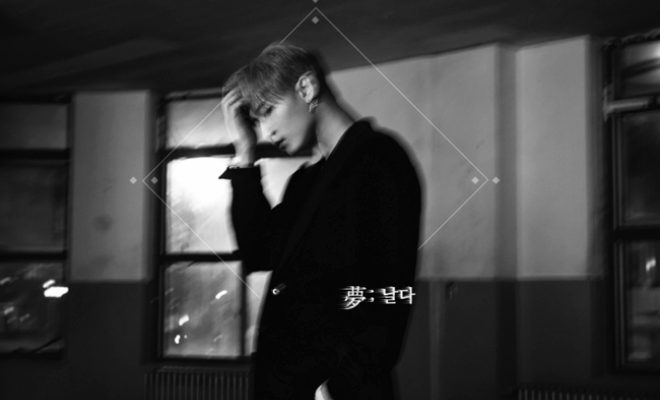 After five years, Heo Young Saeng is finally coming back!

South Korean singer and SS501 member Heo Young Saeng surprised fans as he announced his return as a solo artist through a teaser image on April 4.

The black-and-white image features Heo at the center with the title of his album.

The singer will embark on a full-pledged solo comeback after five years through the single album Dream; Fly out on April 8 at 12 noon KST.

Having released music of various genres throughout his long career as a singer, Heo is sparking curiosity as to what kind of concept and genre that he will showcase this time. Still, fans can expect an upgraded musical sense and skills from the singer who will mark a “new start” through his comeback album.

Heo, who debuted in 2005 as a member of SS501, has displayed his unique voice and excellent vocal talent in the group’s releases, as well as in his participation in Double S 301 album, drama OSTs, and musical performances.

He further made his vocal prowess recognized, with the release of his solo studio and mini albums both in Korea and Japan. He made his last solo release in 2013 with his fourth extended play, She.

Meanwhile, fans of SS501 were in for a treat as Park Jung Min, Kim Kyu Jong, and Heo Young Saeng reunited for a special performance.

The SS501 members made Triple S travel in nostalgia with a 100-second performance of some of the group’s greatest hits, including “Because I’m Stupid”, “Love Ya”, “Love Like This”, and “Snow Prince”.

The performance was part of Dingo Music’s 100-second series.