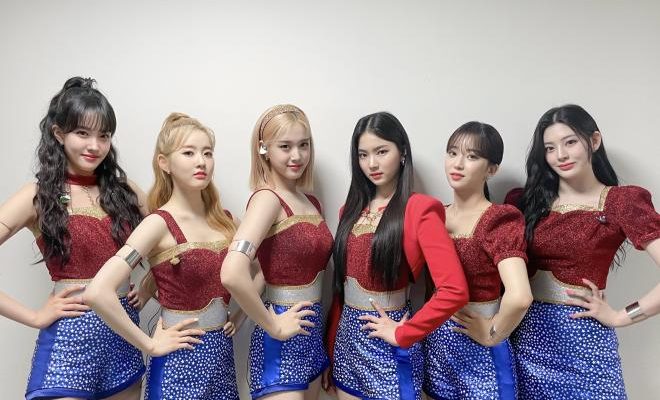 SWITHs are definitely in for a fantastic treat this September as STAYC finally reveals the teasers and the official date for their STEREOTYPE comeback!

Rising girl group STAYC is now finally gearing up for its upcoming comeback at the first week of September with STEREOTYPE.

On August 14, High Up Entertainment announced the rookie group’s highly-anticipated return through a visually-appealing and aesthetic teaser poster.

Uploaded through STAYC’s official social media accounts, the teaser shows three set of feet, who most probably belong to three of the group’s members. The shoes they wore in the shoot contrast well with each other as one is in a deep black color that gives off a punk vibe while the other two embody a girly and flowery theme.

Further heightening fans’ excitement, the agency revealed another teaser photo the day after, which still shows a pair of feet. This time the loafers shown was paired with white socks, hinting that one of STAYC’s concept may have something to do a high-teen or school vibe.

A MAJESTIC COMEBACK TO LOOK OUT FOR

Just a few hours later, an artistic scheduler then graced the girl group’s SNS accounts, which all contain the important details regarding their STEREOTYPE return. It quickly gained traction from worldwide fans given that it suggests a glamorous and royal concept that K-Pop fans will surely love.

Though it shows only the backs of the members, SWITHs are definitely getting an extraordinary appearance once again from Sieun, Seeun, Sumin, J, Isa and Yoon. 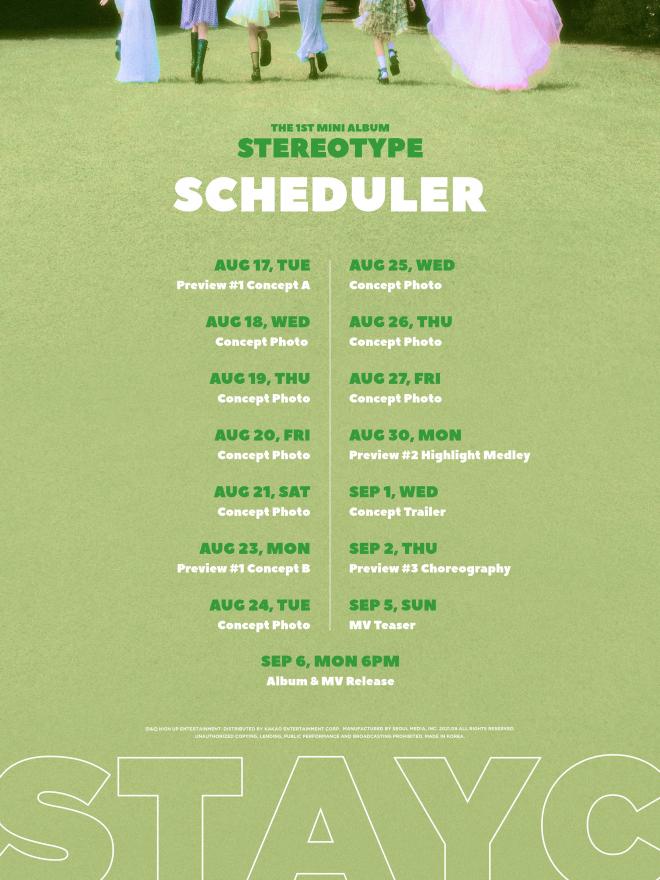 From the looks of the timetable alone, fans will surely have the best consecutive nights starting August 17, with the reveal of the first group concept photo. Individual photos will follow afterwards until August 23.

The second set of concept photos will then grace fans’ timelines from August 23 to August 27. To increase the hype, STAYC will release the highlight medley, concept trailer and choreography video sneak peek and MV teaser, four days before the actual comeback day.

Since the girls’ last comeback with “ASAP” earlier this day became a worldwide hit, expectations are now rising regarding what kind image the group will show now that they have finally gained experience in the industry.