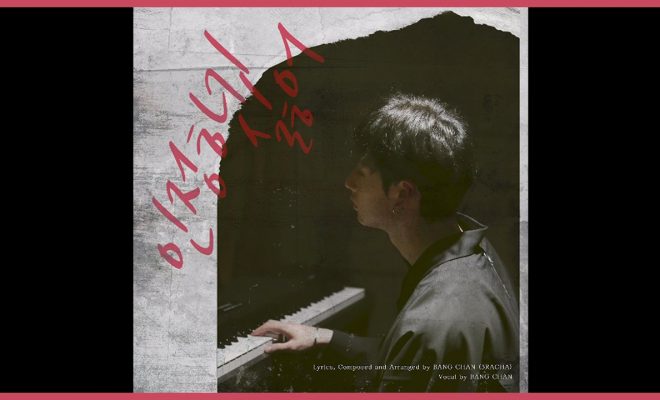 By Prerna Mistry | May 30, 2020
FacebookTwitter
SubscribeGoogleWhatsappPinterestDiggRedditStumbleuponVkWeiboPocketTumblrMailMeneameOdnoklassniki

STAYs, get ready to sway to Bang Chan’s bewitching tunes!

The track titled, “인정하기 싫어 (literal translation: I Don’t Want To Admit It)” opens with a very melancholic piano melody that is both, mellow and moving.

The song is sure to make STAYs around the globe shed a tear or two. Moreover, its lyrics express unfeigned emotions of love and heartbreak in a very meaningful and mesmerizing way.

What really breathes life into the profound feelings of the song is Bang Chan with his beautiful voice. His vocals sound sublime on “인정하기 싫어.” Bang Chan’s dulcet notes on the track create a certain evocative ambiance.

Bang Chan’s voice flows euphoniously to the overall rhythm of the track, showcasing his vocal prowess. He belts out softer tones in his rich voice before stunning with his flawless high notes in the bridge and towards the end of the track.

The track also showcases Bang Chan’s well-known capabilities as a musician as he not only sang “인정하기 싫어,” but also arranged, composed, and wrote the lyrics for it as well.

The group announced the album’s arrival with a heart-racing teaser that also revealed the date of its release being June 17.

Hellokpop, as an independent Korean entertainment news website (without influence from any agency or corporation), we need your support! If you have enjoyed our work, consider to support us with a one-time or recurring donation from as low as US$5 to keep our site going! Donate securely below via Stripe, Paypal, Apple Pay or Google Wallet.
FacebookTwitter
SubscribeGoogleWhatsappPinterestDiggRedditStumbleuponVkWeiboPocketTumblrMailMeneameOdnoklassniki
Related Items3RACHABang ChanStray Kids
← Previous Story “With Woollim” Brings Participating Artists Together In Latest Teasers
Next Story → Ha Sung Woon Tantalizes In New “Twilight Zone” Teaser Photo And Tracklist