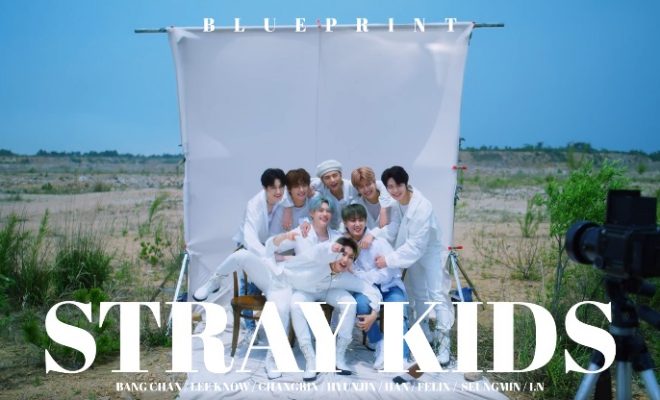 Stray Kids stuns in the track that boats of a dreamy composition and its youthful essence.

As compared to the previous track unveils that consisted of dark and fierce sounds, “Blueprint” is much more brighter musically. The track definitely shows off the group’s versatility as artists. 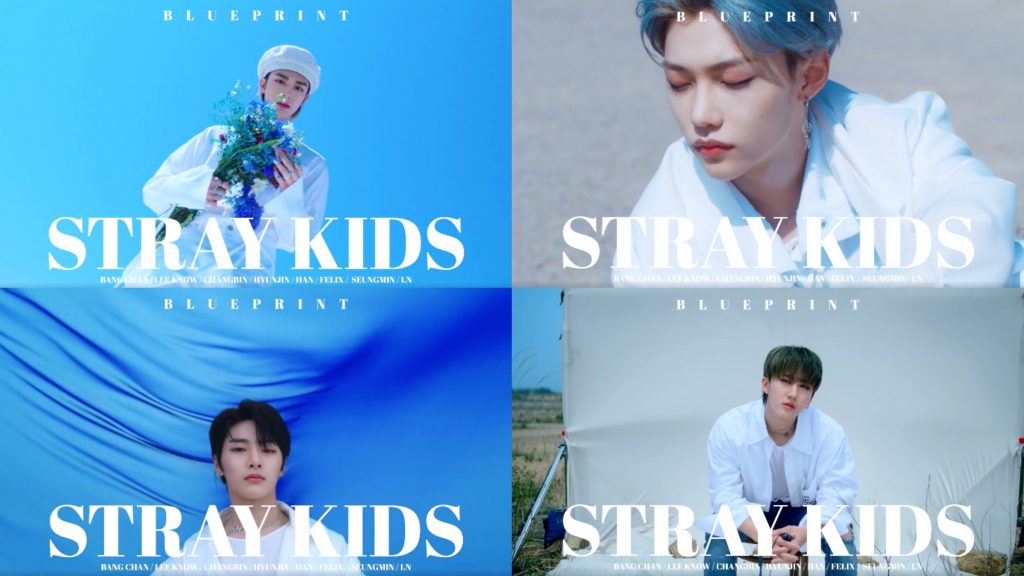 “Blueprint” contains elements of the deep house music genre. It is merged with relaxed EDM beats that give this song its chilled aesthetic.

The composition matches the setting of the teaser flawlessly. The teaser for “Blueprint” has a very fresh colour scheme focusing on white, blue, green and tan. Looking angelic in all white, the members pose in varied backdrops such as under the blue sky and in a meadow before lighting it up at a party at a beach.

Breaking Down The Blueprint

Bang Chan opens the track with his melodic voice alongside Lee Know who synchronizes his vocals with Bang Chan and adds a lovely texture to the verse.

Next, Seungmin’s crisp vocals take over when he declares, ‘”I’m gonna keep on running without stopping” as he talks about running relentlessly towards his dreams. 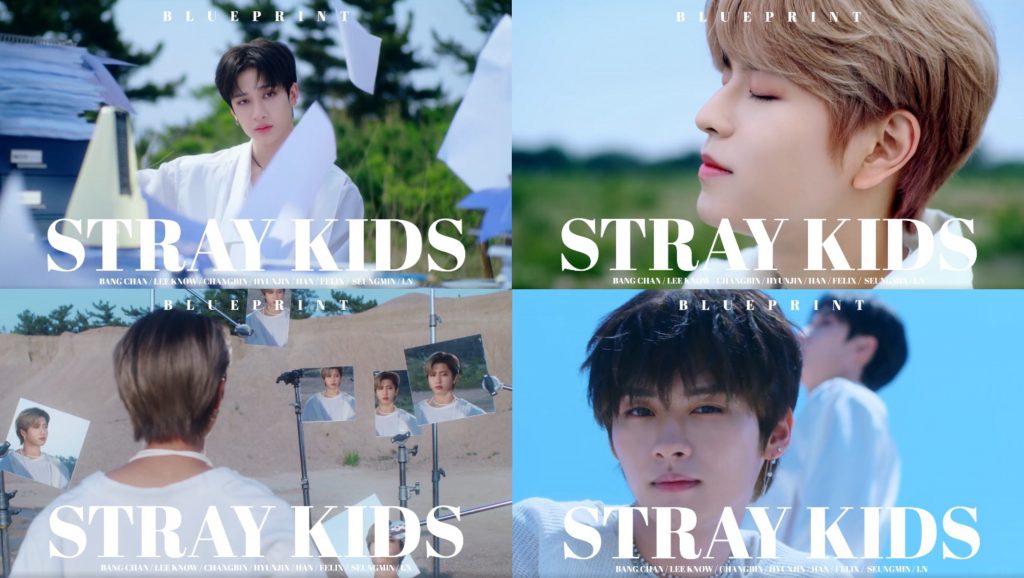 Felix chimes in and entrances with his deep, husky tones as he asserts, “The world’s answer is wrong/I’m gonna achieve it proudly/My tomorrow is blue/I hope you shine,” before Bang Chan and Seungmin conclude the track in the teaser.