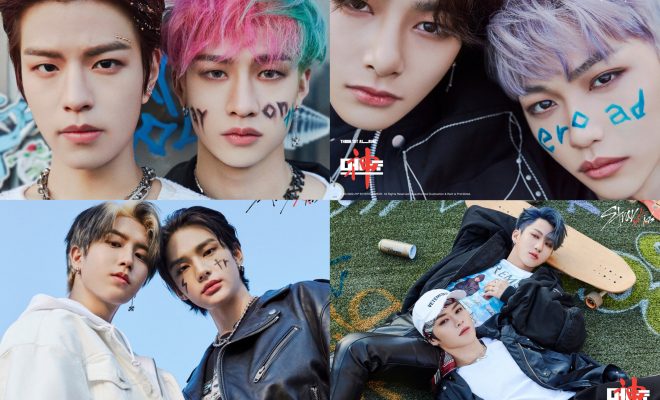 After unveiling a preview of their power packed B-side track “Easy”, Stray Kids look absolutely breathtaking in their new set of concept photos from their upcoming comeback album.

As compared to their previous concept photos, Stray Kids show off their strong synergies posing in units. The concept photos boast of grunge rock aesthetics, with the members looking bewitching in the youthful and vibrant images. 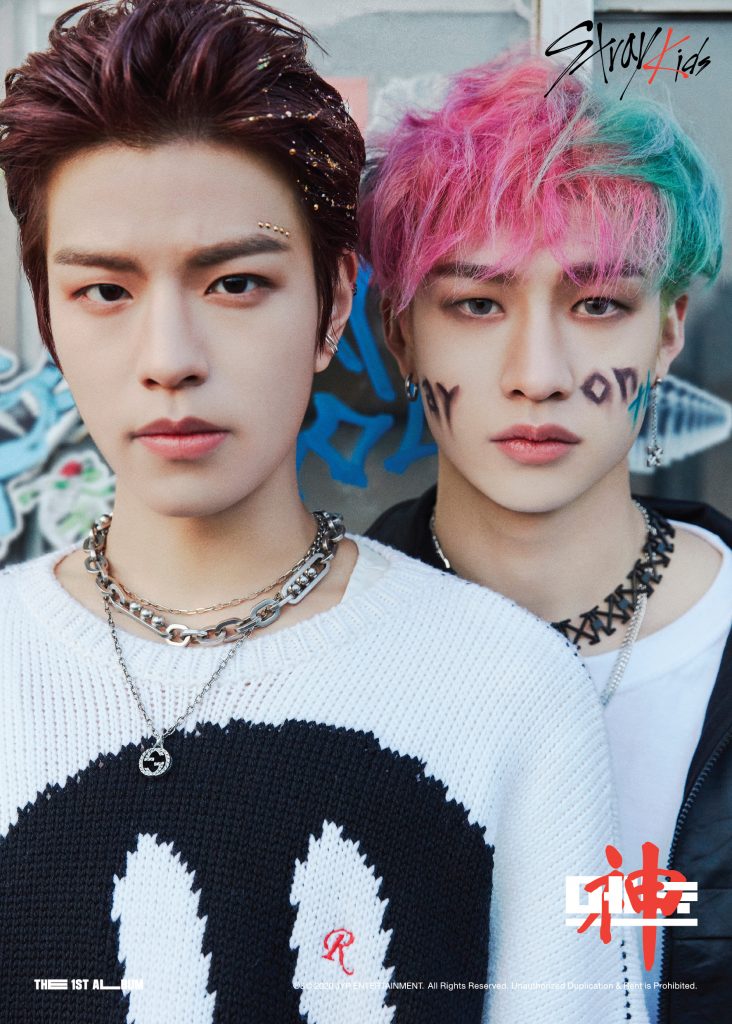 Seungmin and Bang Chan look striking as ever with their style and the stand out accessories in their set. Bang Chan rocks his cotton candy hair and eclectic makeup. Seungmin stuns with glitter and studs in his hair and above his brow. Both the members look captivating while gazing intensely into the camera. 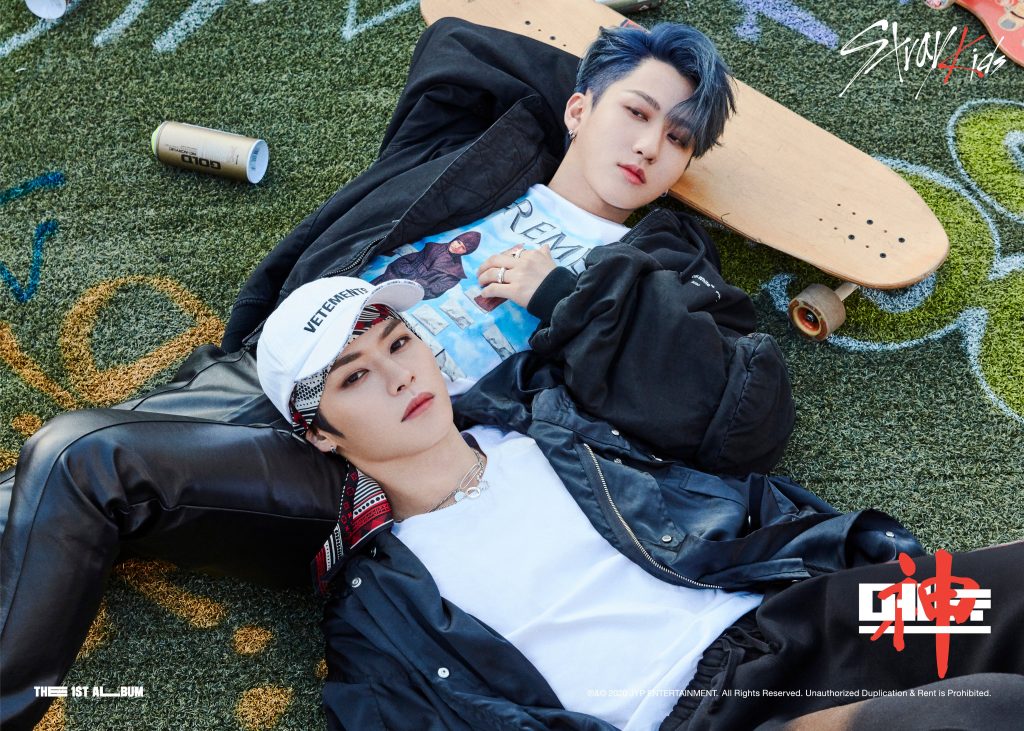 Next, Lee Know and Changbin embody coolness with their all black looks.  Their punk rock style is evident with their dark clothes and hair along with smokey makeup as they exude edgy biker boy charms when they pose, lying down in a fresh setting with spray paint bottles, graffiti and skateboards. 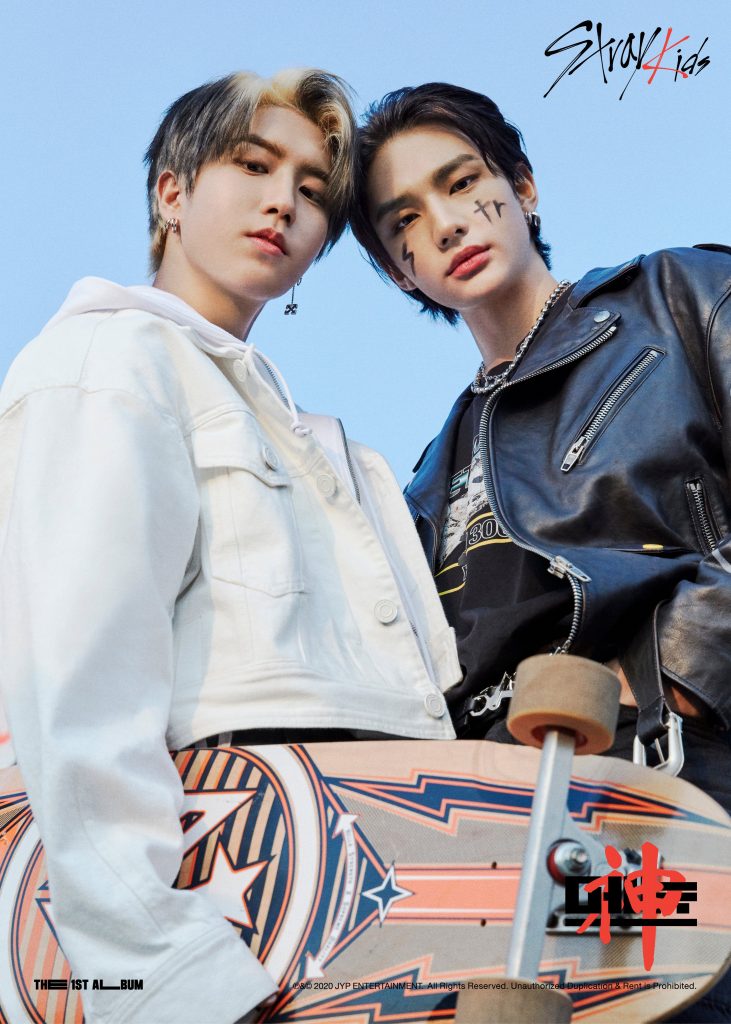 Hyunjin and Han mesmerise in their monochromatic outfits. Han in a white jacket and piercings and Hyunjin in all black leather, give off major emo vibes. Han’s dual toned hair and Hyunjin’s dark makeup create quite a dynamic statement. 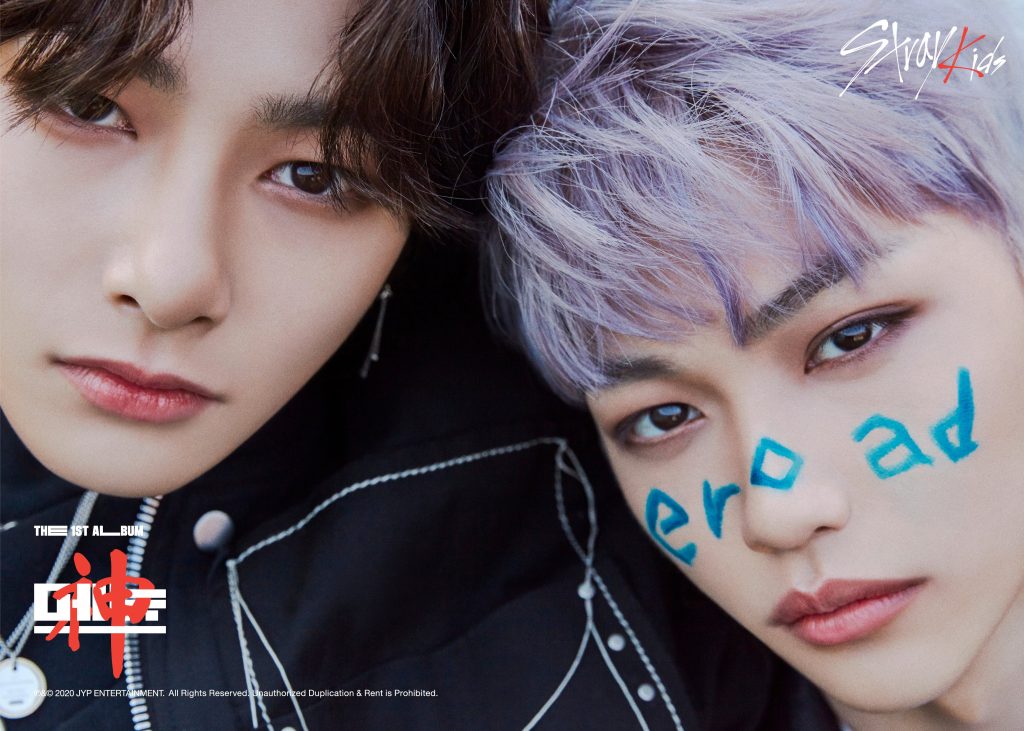 Finally, Felix and I.N look amazing in their bold, beholding close up shots. I.N holds a very impactful gaze as does Felix with writings in neon across his face, complementing his pastel purple hair.

The new concept photos look reminiscent of their track “Easy”, and possess the same passion and confidence prominent in the preview.

With such fiery previews and photos, Stray Kids have been only furthering fans’ anticipations with the glimpses of their first full length album GO生/GO LIVE, which will be released on June 17.